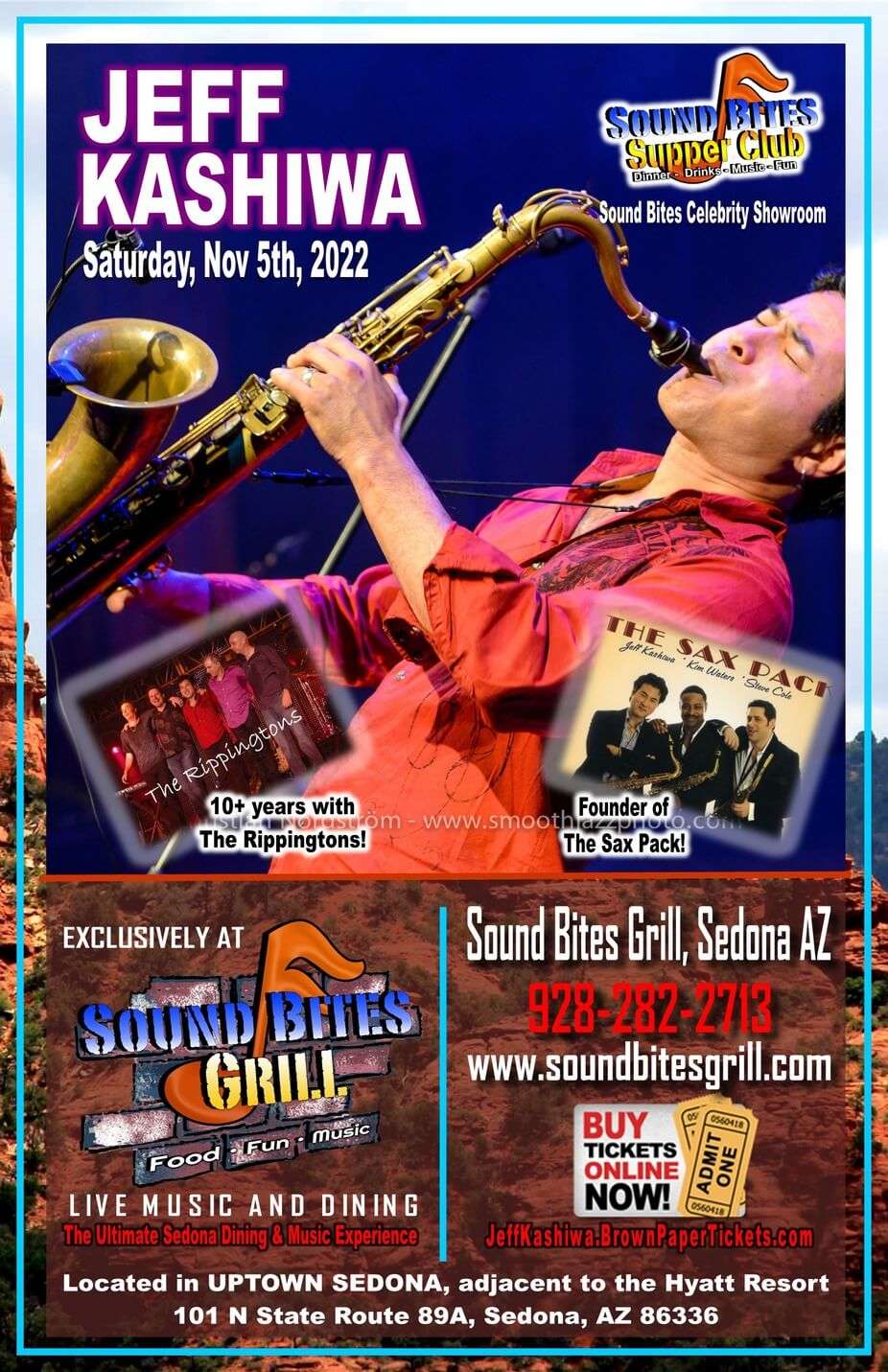 Jeff Kashiwa- Seattle native, Jeff Kashiwa became known as one of the most compelling young saxophonists in contemporary jazz during his first year with The Rippingtons back in 1989. Jeff’s

Jeff Kashiwa- Seattle native, Jeff Kashiwa became known as one of the most compelling young saxophonists in contemporary jazz during his first year with The Rippingtons back in 1989. Jeff’s tenure with The Rippingtons span was over a decade… performing hundreds of shows all over the world and appeared on many of the band’s classic recordings. Jeff’s instincts led him to more dynamic endeavors through his solo career. It surprised many when Jeff left the group to venture out on his own, but he had things to say through his own music. In 2004, Jeff founded The Sax Pack, a trio of saxophone headliners, featuring himself, Steve Cole and Kim Waters. The group released three CDs together and charmed audiences with their Rat Pack style reparte’ in tours across the U.S. and abroad. In 2006, Jeff reunited with The Rippingtons for their 20th Anniversary Tour and continued to record and tour with the group until 2016. In addition to touring with The Sax Pack and his own group, Kashiwa has expanded his career to include the realm of music education. He now teaches in the same school district where it all began teaching various music ensembles and online Music Technology courses at Shoreline Community College in Seattle, Washington. This year Kashiwa released his 11th solo recording titled Sunrise. Featured on the CD are his band, Coastal Access as well as guest performances by Marc Antoine, Tom Schuman and Phillipe Saisse. Jeff is in his 12th year as an Instrumental Ensemble and Music Technology instructor, and Department Chair at Shoreline Community in Seattle, WA. BUY TICKETS NOW! JeffKashiwa.BrownPaperTickets.com