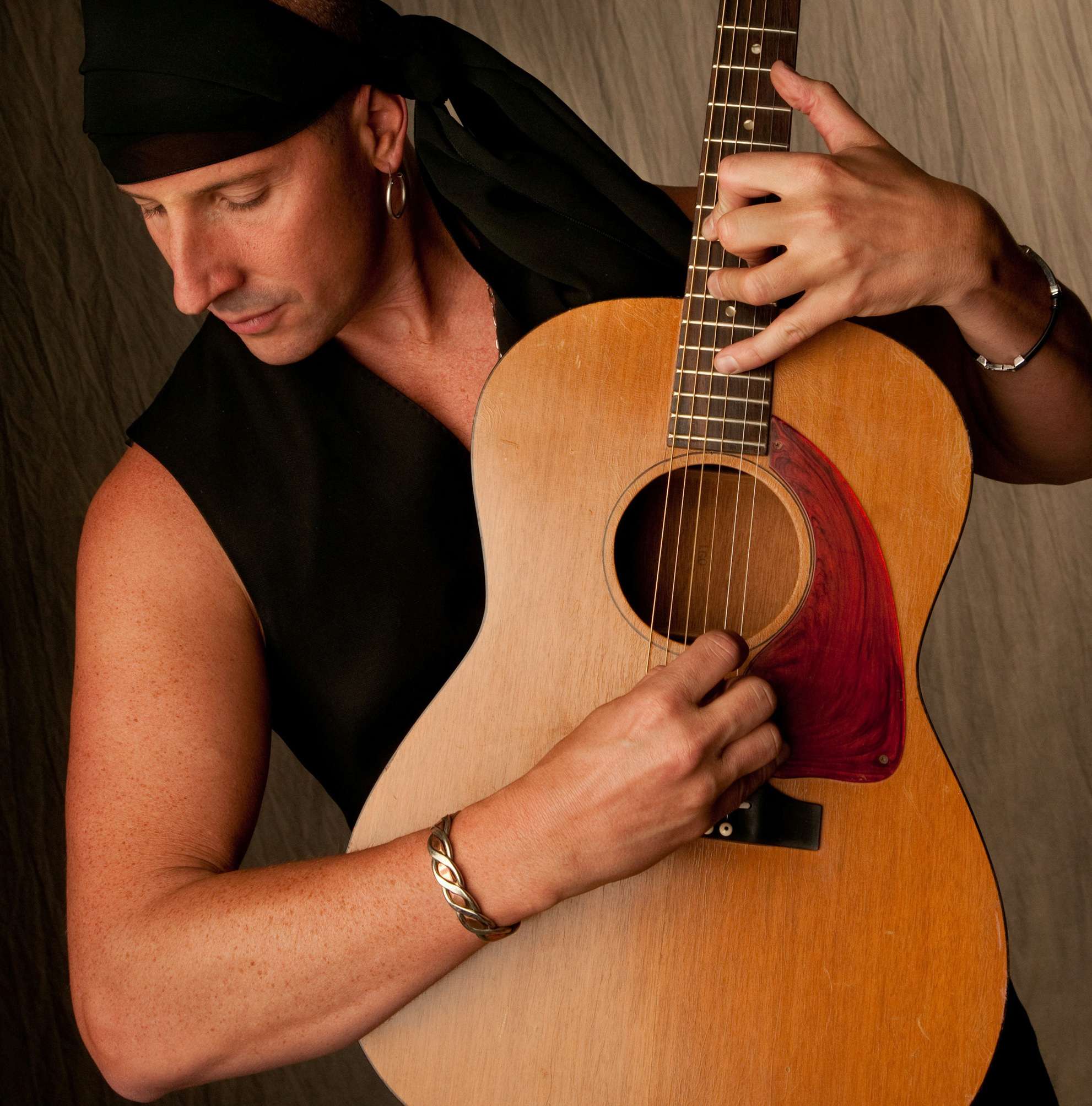 On Saturday, July 2, Anthony Mazzella’s “Legends of Guitar” concert will be rocking the Mary Fisher Theatre in Sedona. Anthony has added new songs to his repertoire so be sure to come hear his latest interpretations of guitar classics. 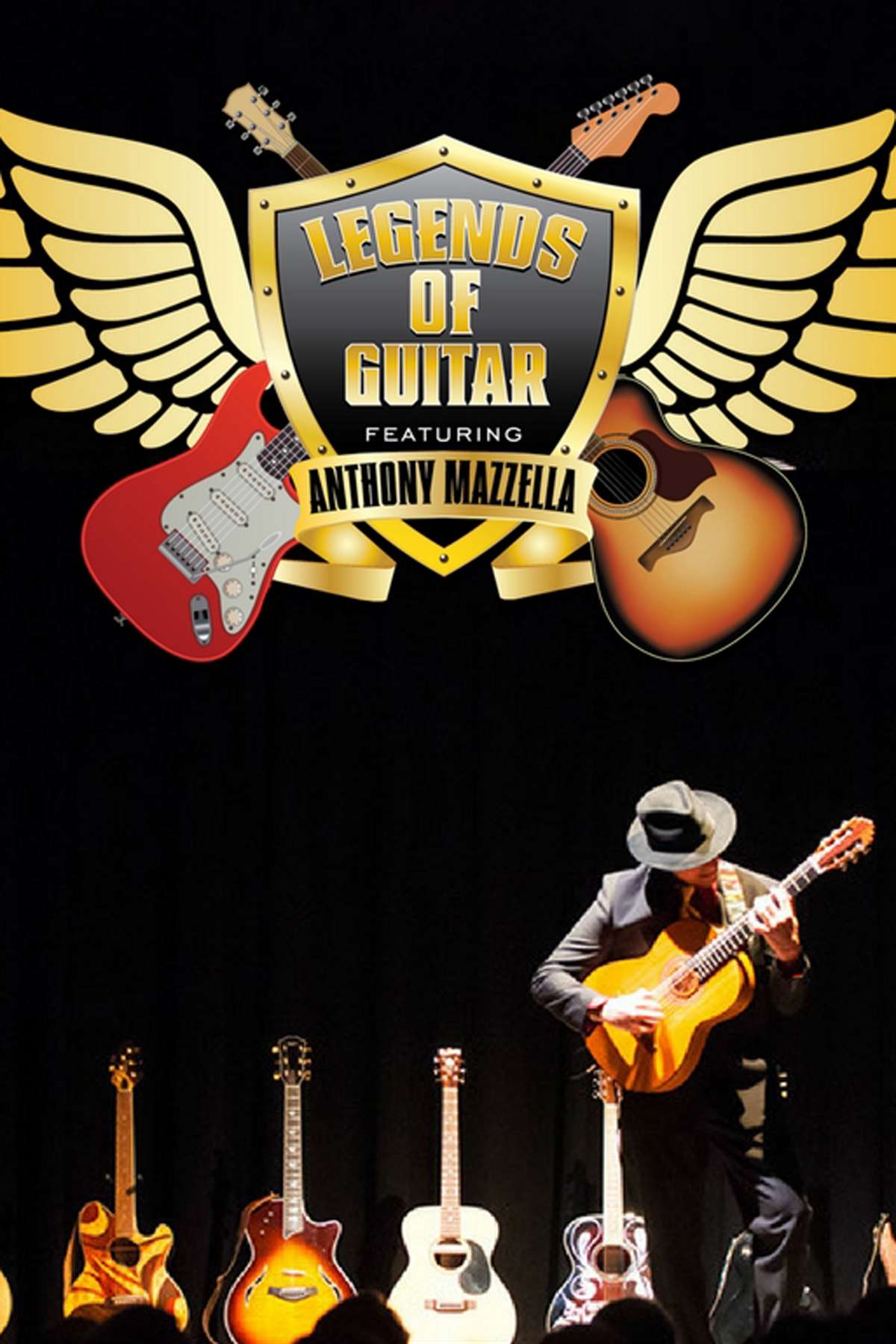 “Legends of Guitar” is a tribute show to famous guitar players and their music. The show features world renowned guitar virtuoso Anthony Mazzella who plays it all live. Legendary guitarists whose music is featured in the show are Jimi Hendrix, Eric Clapton, Carlos Santana, Jimi Page (Led Zeppelin), The Edge (U2), Pete Townsend (The Who), David Gilmour (Pink Floyd), George Harrison (The Beatles), Segovia and more.

“You’ve gotta let Zeppelin possess you if you’re gonna do it right,” guitarist extraordinaire Anthony Mazzella revealed to the audience, deep into his set of the one-man-show “Legends of Guitar”. Sedona music lovers, take notice! It doesn’t get much more perfect than this. The dazzling spectacle witnessed at Relics Roadhouse saw one of the most highly skilled musical artists in the country musically “making love” to his cherished guitars on stage, channeling the raw power of living and deceased guitar legends. The energy birthed from this musical ceremony held the audience spellbound in its passionate embrace.

One thing is for certain, Mazzella is highly aware of the seductive relationship between the guitarist, his instrument, and its hypnotic effect upon the audience: “When I play, my guitar becomes an extension of my body. My movements during an epic song are a sensual visual, no doubt. I feel like a guitarist has to be passionate about playing, because it is the hardest instrument to play well.” Mazzella should know. His skill easily matches the legends he pays tribute to like Carlos Santana, U2’s “The Edge”, and David Gilmour of Pink Floyd – and like all the greats, he has labored since childhood to master his craft.

The guitarist’s storytelling is equally engaging. Ever wonder how a musician of this caliber got his original inspiration? As a boy, Mazzella’s ear tuned out vocalists altogether. “I only listened to the guitar parts on my records. I often had no idea what the singer was singing about. Guitarists are the mad-scientist composers of the band, the rest of the band just kind of falls in behind them.” From The Who’s Pete Townsend to Led Zeppelin’s Jimmy Page, Mazzella saw his destiny in his rock idols. You might be surprised that his first group was a heavy-metal Iron Maiden cover band! Yes, you might get a taste of Iron Maiden, flamenco-style that is, but you’ll also hear jaw-dropping renditions of Jimi Hendrix’ like All Along the Watchtower and Little Wing, and classic tunes from Stevie Ray Vaughn, The Beatles, and Chris Isaak. One local super-fan Isabella Green commented, “Anthony does miracles for me with his guitar; his talent moves me to the very core of my Soul!”

After witnessing dozens of epic concerts over the years myself, ranging from Page & Plant, Santana, and Pink Floyd, it takes a lot to be impressed by interpretations of rock n’ roll classics. With that in mind, Mazzella’s “tribute” show is more cutting-edge than imitation; a powerhouse creative spectacle that is equivalent to seeing all aforementioned guitar greats in one room at their peak. It’s a mind-boggling experience which borders on the supernatural. How one man, even with his trademark “looping machine,” can seamlessly weave such a rich tapestry of hard driving rhythms paired with delicate and soaring guitar leads, in a passion-filled but strangely coherent blend, is deeply satisfying. Maybe this IS rock n’ roll heaven? It’s as if the spirits of 10 guitarists are on stage simultaneously channeling their mad genius in and through Mazzella.

While each universally-beloved song, ranging from Zeppelin’s Stairway to Heaven to Santana’s Europa were showcased in an easily recognizable manner, the astounding feature is the improvisation and flurry of notes and rhythms sprinkled in generously, and perfectly, I might add, to make it all his own. It’s why music lovers go to a concert in the first place – for extended tracks and original jams, which also stay true to the legendary anthems held sacred in the heart of millions. The result is an unforgettable show that fans of timeless rock music will feel privileged to have seen.

Anthony Mazzella is a professional recording artist, concert guitarist and producer. BILLBOARD Magazine describes him as “the new generation of guitar hero” and GUITAR ONE magazine voted him “one of the top ten guitarists in the country” Anthony released 6 CD’s and currently performs regularly statewide in Arizona.

Anthony began his performance career as a concert guitarist in New York City. He quickly built up a strong following performing in most every live music club in Manhattan including:The Bitter End, CBGB’s, Cat Club, Cafe Wah, Birdland etc. Anthony then landed a headlining spot at the BLUE NOTE NYC just one year after street performing in front of it and spent the following years touring colleges & universities all over the USA . He then went on to performing on stages all over the world as a solo artist and as the concert guitarist for world music master Omar Faruk. Anthony also performs internationally at private events for Wynn Las Vegas, Bellagio, The Mirage, Montage, Microsoft, Toyota, AT&T, Samsung, Nike, Puma and has opened for headlining artists, James Brown, Tower of Power, The Commodores and others.

A video demo of the show, photos, and reviews can be seen at www.anthonymazzella.com.

Anthony Mazzella’s “Legends of Guitar” concert will take place on Saturday, July 2 at 7:30 p.m. at the Mary D. Fisher Theatre. Tickets are $25 in advance and $30 at the door. For tickets and more information, please call 928-282-1177 or to order online, visit www.SedonaFilmFestival.org. You may also purchase tickets at the Sedona Film Festival office and Mary D. Fisher Theatre, located at 2030 W. Hwy. 89A, in West Sedona.