Escape to a different dimension at Rowe Fine Art Gallery 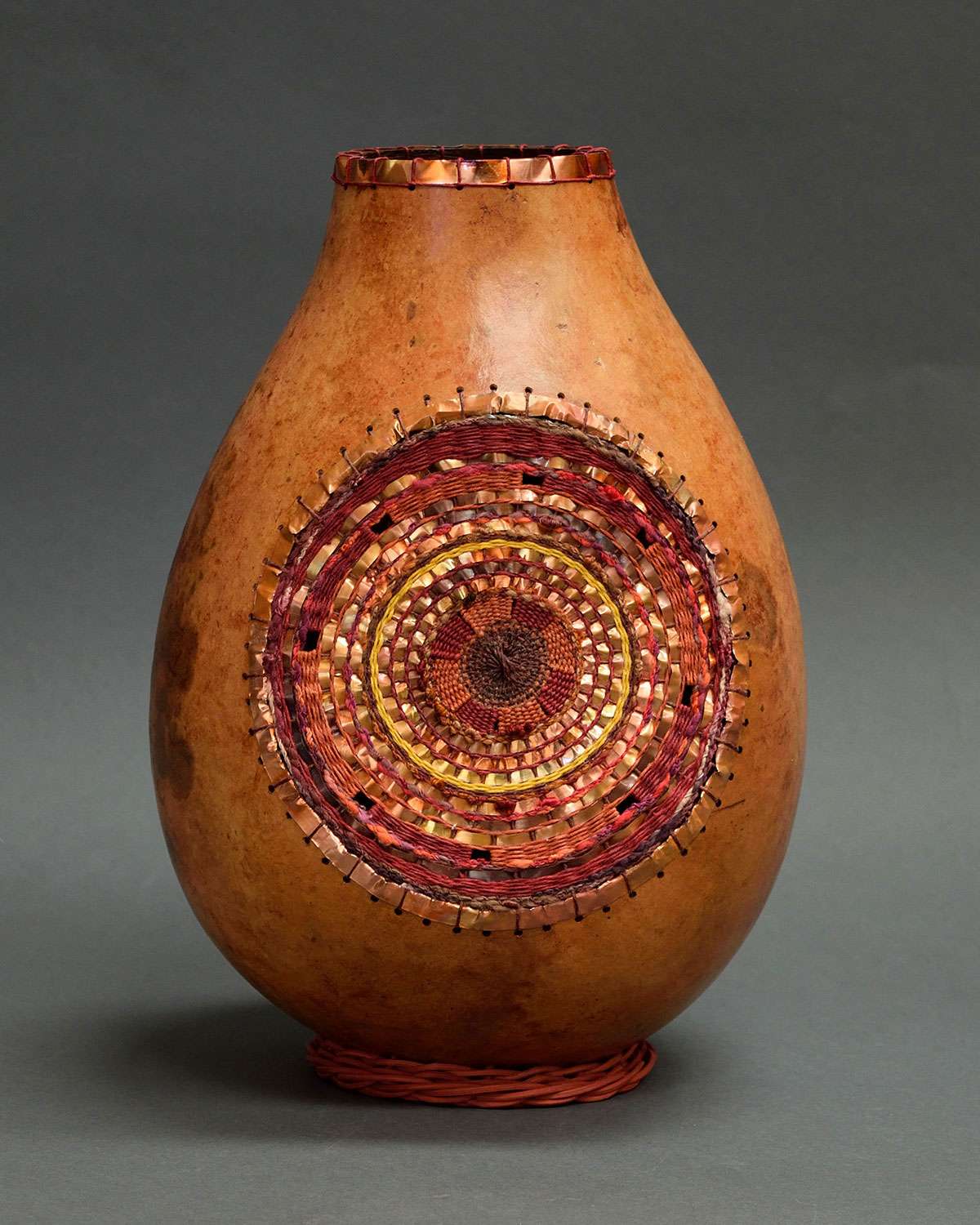 The most relevant art often reflects the time in which it was created, and Rowe Fine Art Gallery’s esteemed sculptors spent the winter producing–or, in one case, trying to produce–artwork that responds to the state of the world and their state of mind. Of course, art collectors also attest that their most cherished pieces can transport and make them think of brighter times. Rowe Fine Art Gallery invites everyone to 3D: Escape to a Different Dimension on Friday, April 1, from 4 to 7 p.m. where you’ll find art that invites you to reflect, art that gives you hope and art that makes you smile.

During the show, the latest work from sculptors Shirley Eichten Albrecht, Kim Kori, Alvin Marshall, Erik Petersen, Joel Petersen, Ken Rowe and Joshua Tobey will be on display. Look for recent pieces from jeweler and sculptor Liam Herbert and jeweler Jennifer Inge, too. The show runs through April.

Eichten Albrecht’s new mixed-media sculpture, a gourd woven with waxed linen, copper and yarn, is titled Time for Peace. She says her mind was on Ukraine and its people as she was weaving. The yellow wax linen seen in the middle of the sculpture references the Ukrainian flag, while she discovered that copper can be used to clear out negative energy and help bring balance. “I think those few rows of yellow give the piece a purpose,” says Eichten Albrecht, “and when I discovered the symbolism behind copper, everything fell into place.”

Along the same lines, jeweler and sculptor Liam Herbert believes his peace series, which he has been expanding for more than 20 years, has become even more relevant over the past few months. During the show, see Herbert’s Sculpture for Peace. The bronze depicts a robed figure holding a peace sign. The robe is adorned with the cross, the star of David and the crescent moon and star, representing Christianity, Judaism and Islam. The sculpture is also available as a sterling-silver pendant.

Sedona sculptor Kim Kori’s work has also been impacted by the times, though in a different way. Kori’s longtime foundry recently closed its doors, so she’s been left experimenting with out-of-state foundries for several months instead of creating new artwork. As luck would have it, though, one of her most popular pieces, Oblivious, will finally be back in the gallery in time for the April show, thanks to her diligent sourcing. The sculpture features the greater roadrunner, a bird native to the Southwest. This particular roadrunner sunbathes from his perch atop a prickly pear cactus. In his sleepy state, he’s “oblivious” to the reptilian snack lurking below him.

Alvin Marshall, a master of stone sculpture, debuts two alabaster pieces in April that call on the teachings of indigenous people. The first, Carrier of the Sun, references the Navajo Eagle Way ceremony. “The Eagle Way is a prayer that is made to our Father,” says Marshall. “In the Navajo way, the earth is the Mother, and the sky and heavens above are the Father. Energy brought down from the sun causes all life to grow on the earth. The intent, in spirit, of the ceremony is to bring down the sun to help things to grow on earth. This sculpture is a reflection of the prayer. In the stone, the eagle represents the artist: there’s a face in the eye of the eagle, and the eagle is flying the artist up to the sun. The eagle’s claw, transforming, is the artist’s hand.”

Marshall’s second sculpture, Kissing the Breeze, depicts a young girl welcoming the cool morning breeze. She has been taught the tradition by her mother. Marshall’s granddaughter served as model and inspiration for the piece. “What bliss to feel the cool breeze and welcome a new day,” says Marshall.

Just in time for the show, Joel Petersen’s newest bronze, Stuck, has returned from the foundry, and it’s one of those pieces that bring light to dark days. Everyone will be able to relate to the grizzly cub in the sculpture who finds himself in a very sticky situation after trying to indulge in a treat. “I just wanted to sculpt something fun,” says Petersen.

And finally, Ken Rowe reminds us there’s beauty to be found everywhere, every day. Collectors will have the opportunity to see a precast version of Sugar Buzz at the April show. (Psst: It makes for the perfect Mother’s Day gift.) “I am thoroughly enjoying shifting my focus from a macho grizzly bear to a tiny, delicate hummingbird,” says Rowe. “Sugar Buzz features an Anna’s hummingbird seeking nectar from a wild rose. For whatever reason, this has put me in the mood to sculpt yet another piece – something humorous to brighten everyone’s spirits. Keep your eyes open for Male Call. As they say, the seed has been planted. Now it’s up to me to add water. Let’s see how the idea grows.”

See these sculptures and more when you escape to Rowe Fine Art Gallery this spring.

Rowe Fine Art Gallery represents traditional and contemporary southwestern artists. The gallery, located under the bell tower in Patio de las Campanas at Tlaquepaque Arts & Shopping Village, is open Monday through Thursday, 10 a.m. to 5 p.m., and Friday through Sunday, 10 a.m. to 6 p.m. For more information, call 928-282-8877, visit rowegallery.com, or find us on Facebook, Instagram and Twitter.