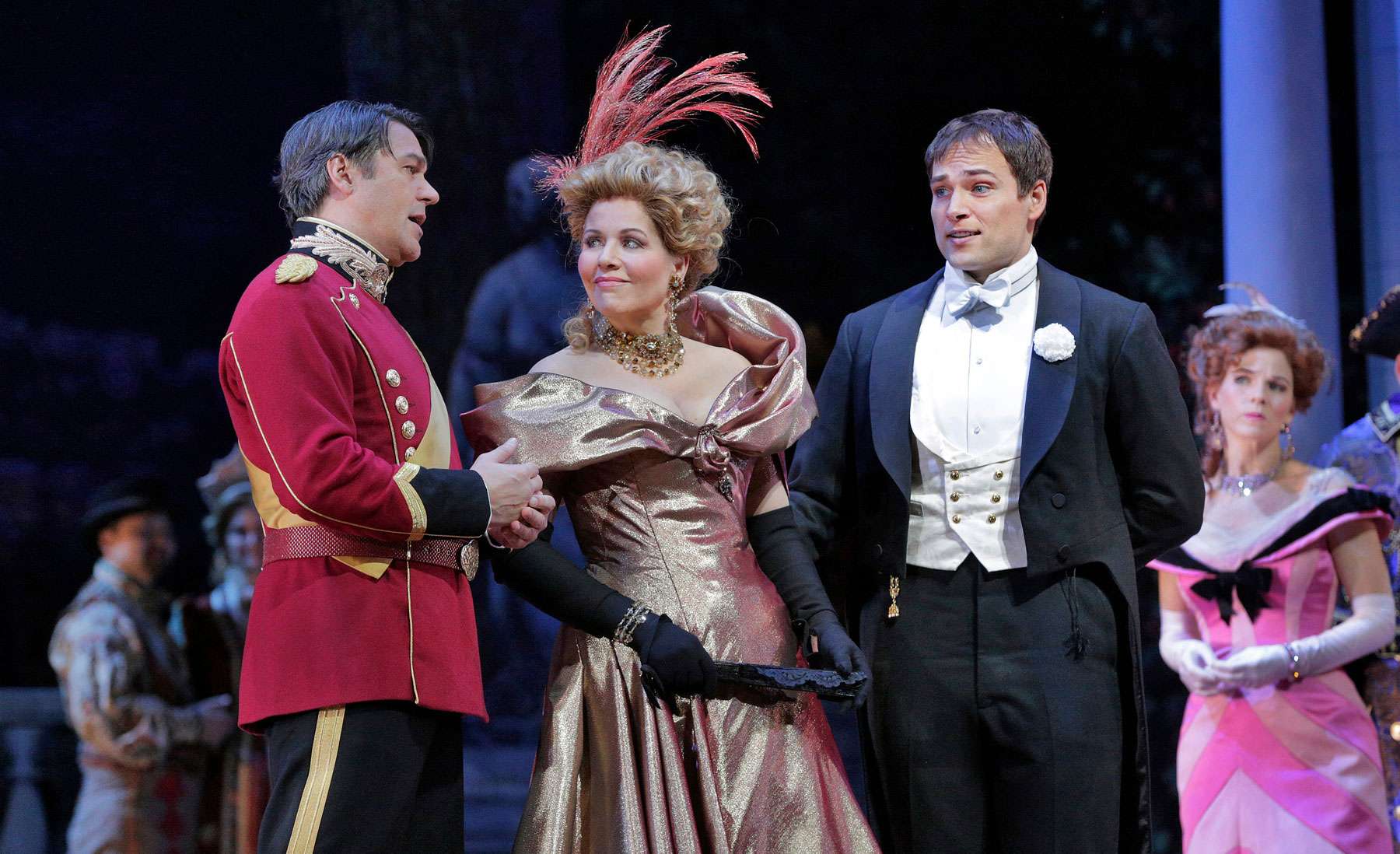 The Sedona International Film Festival is proud to present the summer encore of the Met Opera’s “The Merry Widow” (from the 2014/2015 season) on Saturday, July 16 at 1 p.m. at the Mary D. Fisher Theatre. 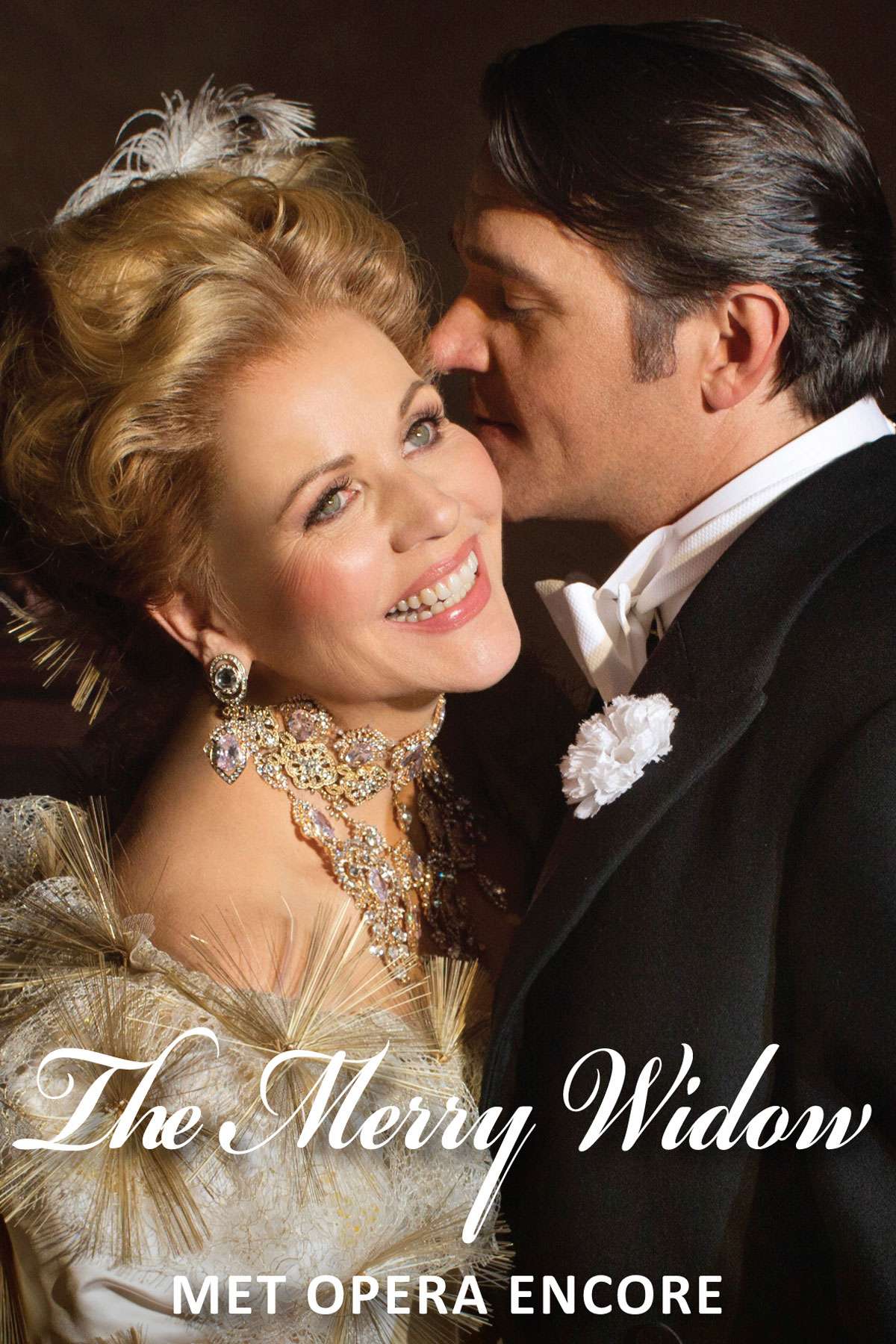 Soprano Renée Fleming lights up the Met stage as Hanna Glawari, the wealthy widowed heroines in Lehár’s popular operetta, set in Paris and seen in a glittering production directed and choreographed by Susan Stroman. Baritone Nathan Gunn is Danilo, Hanna’s former flame, who is supposed to woo and marry her in order to keep her fortune in their home country of Pontevedro. Soprano Kelli O’Hara sings Valencienne, the flirtatious young wife of the Pontevedrian ambassador in Paris, Baron Zeta, played by baritone Thomas Allen, with tenor Alek Shrader as her suitor, Camille de Rosillon. Andrew Davis conducts the waltz-rich score, leading a production that features an English translation by Jeremy Sams.

Pontevedrian ambassador, Baron Zeta, is giving a ball. His wife, Valencienne, flirts with the young Frenchman Camille de Rosillon, who writes “I love you” on her fan. Zeta plans to get Danilo to marry the rich widow Hanna Glawari so that her millions will stay in Pontevedro. Valencienne realizes that she has lost her fan. Danilo tells Hanna that he’s not interested in marriage.

At a party, Njegus reveals that Camille is in love with a mystery woman. He believes the mysterious fan to be the key to her identity. When Hanna finds the fan, she assumes it is a gift from Danilo, who still won’t say “I love you.” Camille and Valencienne finally find the missing fan, and this time Valencienne writes “I am a respectable wife” on it. They disappear into a pavilion. When Zeta arrives, Njegus instead sneaks Hanna in to take Valencienne’s place. Hanna emerges with Camille, enraging Danilo.

At Maxim’s, Danilo forbids Hanna to marry Camille. Zeta recognizes the fan as his wife’s. He proposes to Hanna — who informs him that she will lose her fortune if she remarries. Only now does Danilo declare his love. She then explains that upon remarrying, her fortune will pass to her new husband. Valencienne asks Zeta to read the other side of her fan—she is a respectable wife. Both couples are happily united.

“The Merry Widow” from the Metropolitan Opera will be shown at the Mary D. Fisher Theatre on Saturday, July 16 at 1:00 p.m. Tickets are $15, or $12.50 for Film Festival members. Tickets are available in advance at the Sedona International Film Festival office or by calling 928-282-1177. Both the theatre and film festival office are located at 2030 W. Hwy. 89A, in West Sedona. For more information and to order tickets online, visit www.SedonaFilmFestival.org.