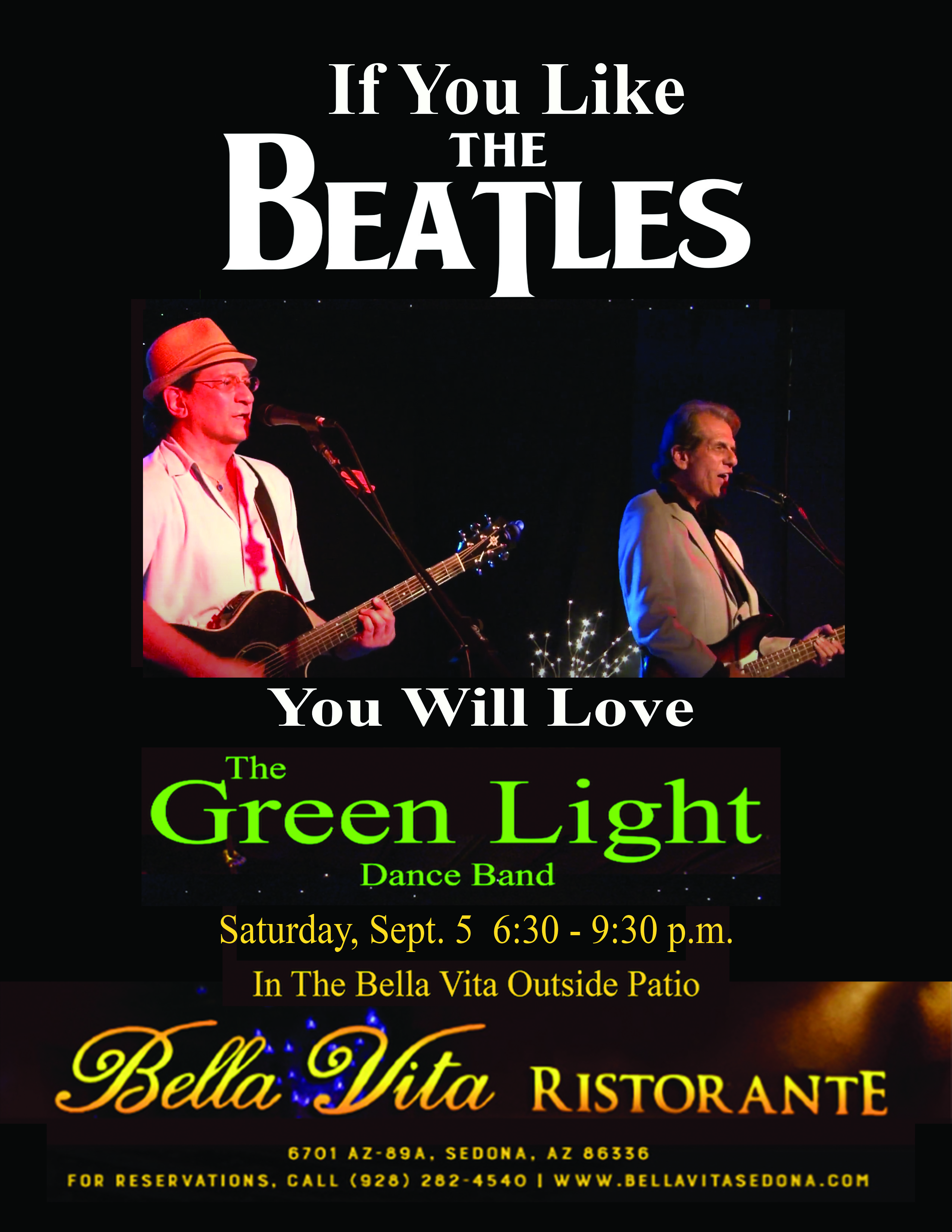 Get ready for a special treat this Labor Day weekend with the ever-popular Sedona-based original classic rock dance band Green Light, performing in concert on the Bella Vita Ristorante patio stage on Saturday, Sept. 5 from 6:30 to 9:30 p.m.

This band of Baby Boomers continues to rock Sedona with original music that captures and personifies the music of that generation. Loved by locals and visitors alike, this band has become one of the most popular classic rock bands in Northern Arizona, playing only original songs people love to listen and dance to.

Composed of five musicians the band plays with heart, gusto and virtuosity. They are a vocal group, a dance band and jam monsters. 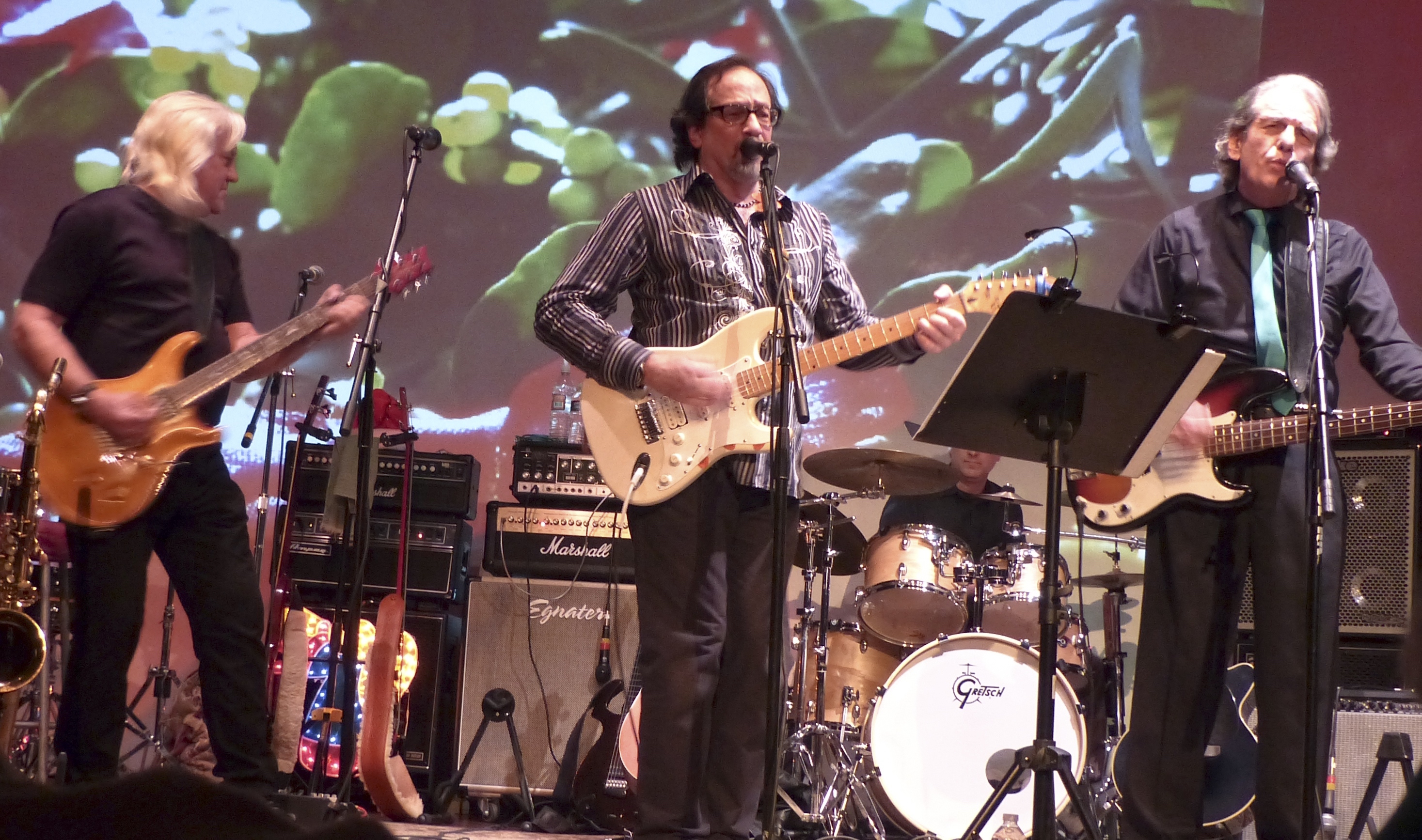 Songwriters Tommy Acosta and Chicky Brooklyn helm the band, with Brooklyn on lead vocals and rhythm guitar and Acosta also on lead vocals, playing bass. Both compose and arrange the original material the band plays.

They have been playing together for more than ten years and share a mutual connection, with Brooklyn being born and raised in Brooklyn, New York and Acosta coming from the Bronx,

They met here in Arizona and began writing new music together. As fate always has it, they both ended up in Sedona and attracted some of the area’s top musical talent to play with them.

For this gig the band will feature J.R. Robusto on lead guitar, Eric Williams on keyboard and sax; and Caleb Wright on drums — three outstanding musicians loved and respected in the Sedona music scene for their talent and virtuosity

“For Tommy and me these musicians are an awesome complement to our band,” Brooklyn said of the Green Light band roster. “It’s so humbling and such a joy for us to play with musicians of their caliber. Man, can these guys jam!”

On Friday, Sept. 4 from 6:30 to 9:30 p.m. local singer-songwriter Brian Peterman performs on the restaurant’s patio.

For reservations call 928-282-4540 or visit Bellavitasedona.com. Green Light concerts are usually sold-out so making a reservation is highly recommended.

Bella Vita Ristorante is located two miles west of the Courtyard by Marriott on 89A near mile marker 368 at 6701 West State Route 89A.