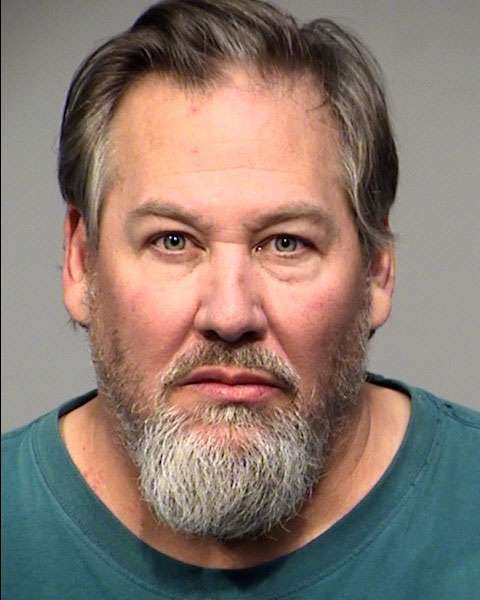 Around 10 pm Basso’s neighbor made a call to 911 reporting a male subject was shooting at her residence where she and her three children were home. YCSO dispatch advised her to take her children to a safe location away from the house.

Deputies responded quickly to the scene and discovered the subject in his back yard. He refused to comply with the deputy’s verbal commands and retreated into his residence. Deputies were able to coax the male subject, later identified as 57-year-old Basso, out of his house and took him into custody.

Deputies obtained and executed a search warrant of Basso’s property and discovered multiple handguns and live ammunition inside the house, as well as ammunition and spent casings in the back yard along the fence line near the victim’s house.

Basso was taken into custody and booked at the Camp Verde Jail on the above-mentioned charges.