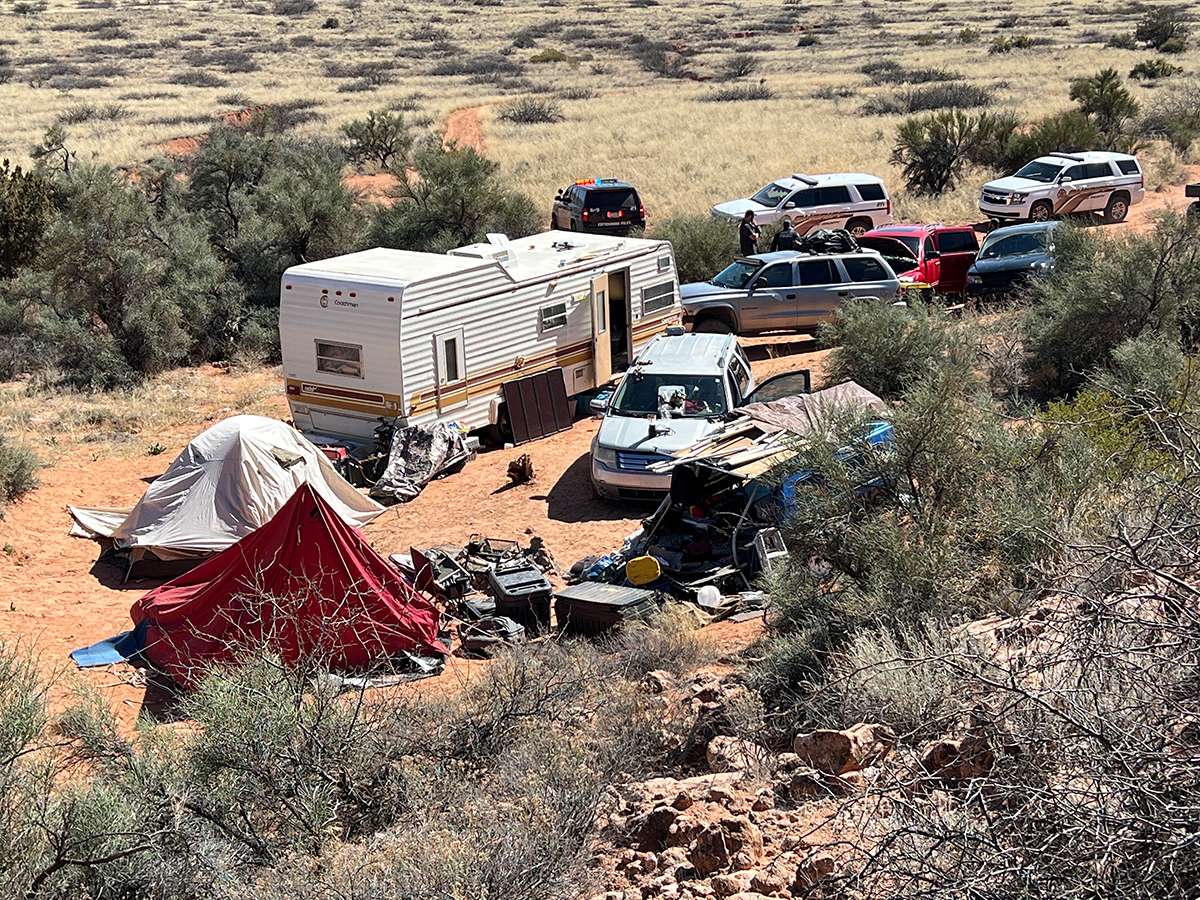 A valid recreational permit allows up to two weeks of recreational camping in a 12-month period. Using the land as a residence is not permitted.

Numerous subjects were contacted today and warned that they were not allowed to abuse State Trust or Forest Service land. The participating law enforcement officers were able to provide a list of social, governmental, medical and mental health resources to these individuals when they contacted them.

While out making contact with the subjects, a group of mountain bikers alerted deputies and officers to an encampment that was up against a popular mountain bike trail off Bill Gray Road. They expressed feeling unsafe and believed there to be drug abuse going on in the encampment.

Responding deputies and officers discovered 39-year-old Donovan Shough, 33-year-old Christine A. Monasmith and a 2-year-old child at the encampment. They had a travel trailer, a flatbed trailer full of debris, multiple generators, and four SUVs at the site. Monasmith and the child were in the back seat of one of the SUVs when they were contacted. The deputies discovered dangerous drugs including meth, meth pipes, and other drug paraphernalia in the SUV where Monasmith and the child were located.

Deputies also discovered a pistol and meth pipes in the trailer occupied by Shough, who is a convicted felon and is not allowed to possess firearms. Further searches uncovered burglary tools including a lock picking gun and tools used to break into automobiles.

PANT took over the investigation and both adults were booked into custody on numerous felonies. Representatives of the Department of Child Safety responded and took custody of the child. The six vehicles and trailers were removed to a local impound yard.

This operation resulted in multiple arrests including criminal littering, trespassing, a person with pending federal charges, and a person with a warrant.