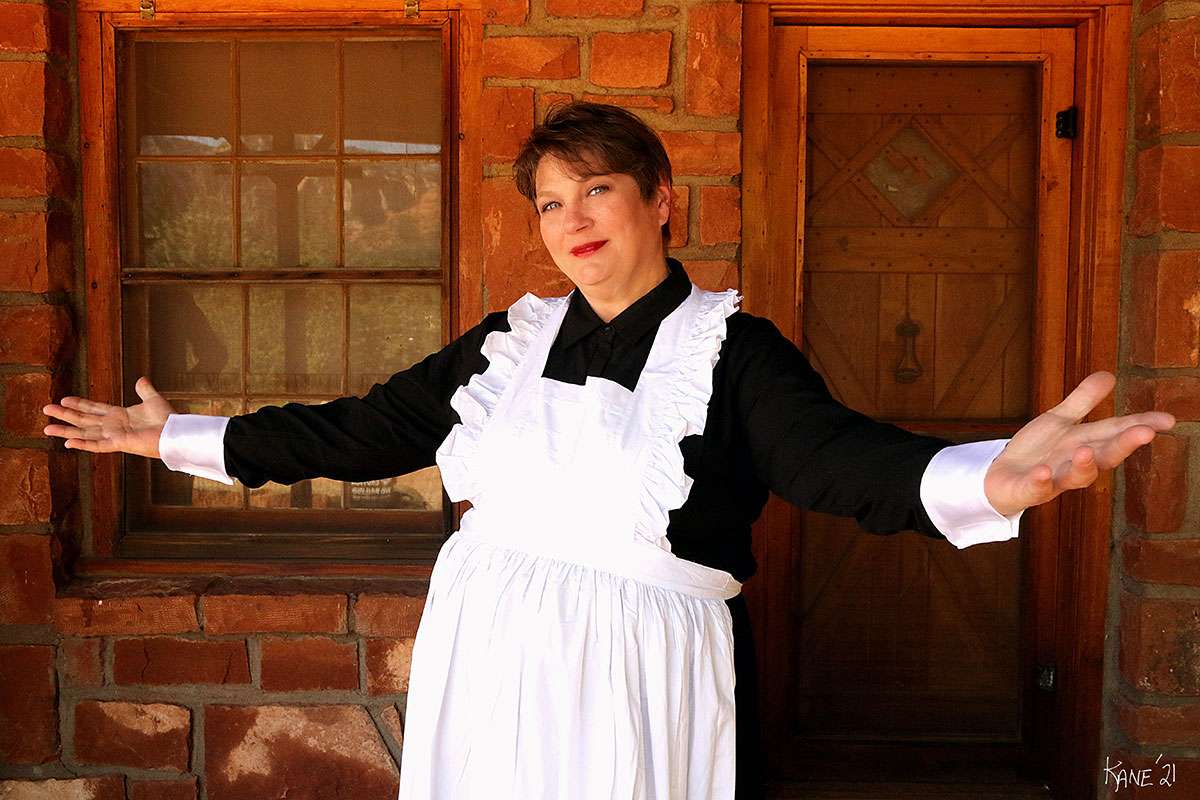 The Sedona Heritage Museum is hosting the next in its Living History speaker series on Thursday May 12 at 10:00 a.m. at the Museum when Joanne Vancore will present “The Harvey Girls”.

The Harvey Girls were pioneers of the West who broke barriers as the country’s first national corp of independent women, working in the 1800s – 1900s, before women were readily accepted or expected in a work environment.

These ‘young women of good moral character’ were hand-picked to work at Fred Harvey’s rail station diners, mostly in uninhabited areas of the vast and mostly uninhabited American west. They helped create dozens of small towns across America as the rail stations became population centers and in many cases the ‘girls’ married locally and helped build communities.

This program will be in the Museum’s historic Fruit Packing Shed, is free and open to the public.

Every year, the Sedona Heritage Museum presents a series of Living History talks. Speakers include descendants of pioneers, long-time residents with historical stories to share or other story-tellers about history. The Museum is located at 735 Jordan Road in Jordan Historical Park in Uptown Sedona and is open daily 11:00 a.m. to 3:00 p.m. For more information, call 928-282-7038.