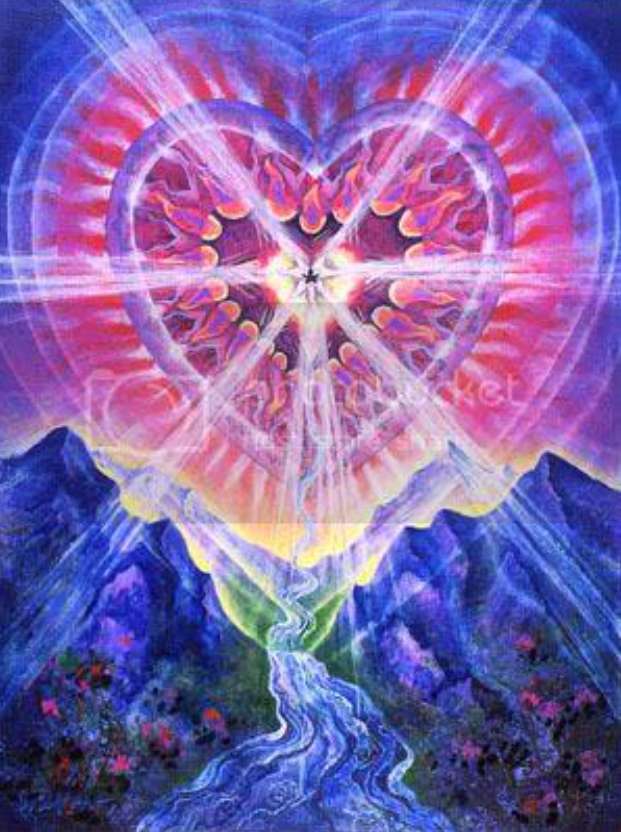 I saw a meme today. It said, “When you transcend duality and no longer see life as good and evil.” Beneath the words was the picture of a blissed out fella.

I no longer believe in duality as a state, let alone a standalone state. I don’t even experience a dual presence 95% of the time. When I do, it doesn’t stick around long. I’ve seen through its allure, its temptations, its promises. I know that I, as awareness, am and I, as a material cut-out, am not, not real at all. The experiences of this life and karma make my choices. I, the body was born and will die but I, awareness, was never born and will never die. Seeing that clearly undeniably is freedom itself. You might even call it bliss.

I am glad that stage of this one’s life experiential didn’t last long. Right after Humpty Dumpty fell off the wall of this and that, into the well’s depths, the wall and well imploded entirely, the gig was up. I fell into the void of dissolution and only awareness aware of itself remained. My life continued, it just didn’t belong to me.

It’s tempting at this point to write off life. For a quick moment, I did.

There was a moment or two of disrespect, of giving no meaning to life as most live it, after all it wasn’t real. I wasn’t real. No one, no thing was real. There was no one to do anything, just a kaleidoscope of changing energy patterns on display. I was gifted the experience of denying duality entirely. In order to see through the muck and mud, all the way to the bottom of the well, it seems I had to disbelieve the appearance of its reality. And like all of life, it was but a step.

I had further to go, always further it seems. Separation hadn’t dissolved. I only thought it had. Had it, the idea of dissing this world’s beauty and grace could never have arisen. I hadn’t yet seen the two-in one – the fact that it’s all real … at the same timeless time that nothing is real.

Seeing that, life, all life, took on a preciousness that before had been unimaginable. Each face was the face of God, and the entirety of life was God’s body. I use the word God because I like the way it feels in my physical form. I didn’t used to feel that way. I had baggage around the word. Now the word – God –swells with loving intent, with pure potential, with possibility. It is a blazing fire fueled by love.

To not believe in life’s reality, its palpably sensual nature, its shimmering vibration, its here-nowness, its presence, is unthinkable, impossible. I am alive. I am here. I feel. I experience. I am aware of it all … and this heart of mine knows good from evil, knows love from fear and cannot support the actions of disconnection. That would be like letting a two-year-old cross the street in heavy traffic. Not saying ‘no, stop’, would be murder. Not saying ‘no’ to one who has lost their way murders their soul.

This ‘no’ doesn’t come from judgment but from love, a love that didn’t exist before Humpty Dumpty fell, that couldn’t exist while separation rules. It comes from love, love of who we are, love of what this is, love of possibilities and potential fulfilled. It comes as a salve for the wounded, a balm for the damaged. It is a call back to oneself, to the whole of us, to the little ones, the free spirits, the powerhouses that lie within. It is a call for playmates, a request to stand up and be counted as love’s lover. It calls heaven to earth.

I hope I never see evil as equal to good. I can’t imagine that happening. Yes, they both arise in awareness and I am awareness … and yet, I am also the experiencing of it all. There is nothing I am not. I don’t know what life experiences would have to occur to shift this understanding in favor of evil’s equality. That is possible, life takes us where it will, but from where I currently stand, unimaginable.

This that sings through me, as me, stands on the side of love. I am a unique expression of This That Only Is, and see that clearly, and it seems clear that I am designed to be a support for the whole. Interestingly enough, not to prop up and facilitate those who are so far from their original design that they do evil, but to see them clearly and call them back to their hearts, to reconnect them to their souls, to see that the love they are has an opening to overshadow their pain-filled minds.

It is my role this time around and I accept it open-heartedly.

Some, non-dualists who experience the intimacy of nothing-here-at-all, may say that I miss the point, or that I resonate in separation, or that I sacrifice non-duality’s inherent bliss to reside in duality. This is possible although it doesn’t seem so. I could not do other than I do, which at the moment is blowing the wondrous trumpets of love. There is always further and then further still. In response I would say … if you will, go further my friend. Feel ever so deeply the experiences of loss and grief, pain and suffering that trim our sails of experiencing and blow us into love’s arms, that hone us to stand with those who are persecuted, to companion those who are hurting, to give voice to those who are silenced … and love those who commit these atrocities in their woundedness and know not love.

Love is not love without its flow of grace, it majestic movement. Without movement it is self-righteousness. It is simple self-soothing. Love requires us to extend it out through our open hearts, to let it flow through us to that which is seemingly outside of us, and with such amazing grace, ripple freely into the world to fulfill its promise.