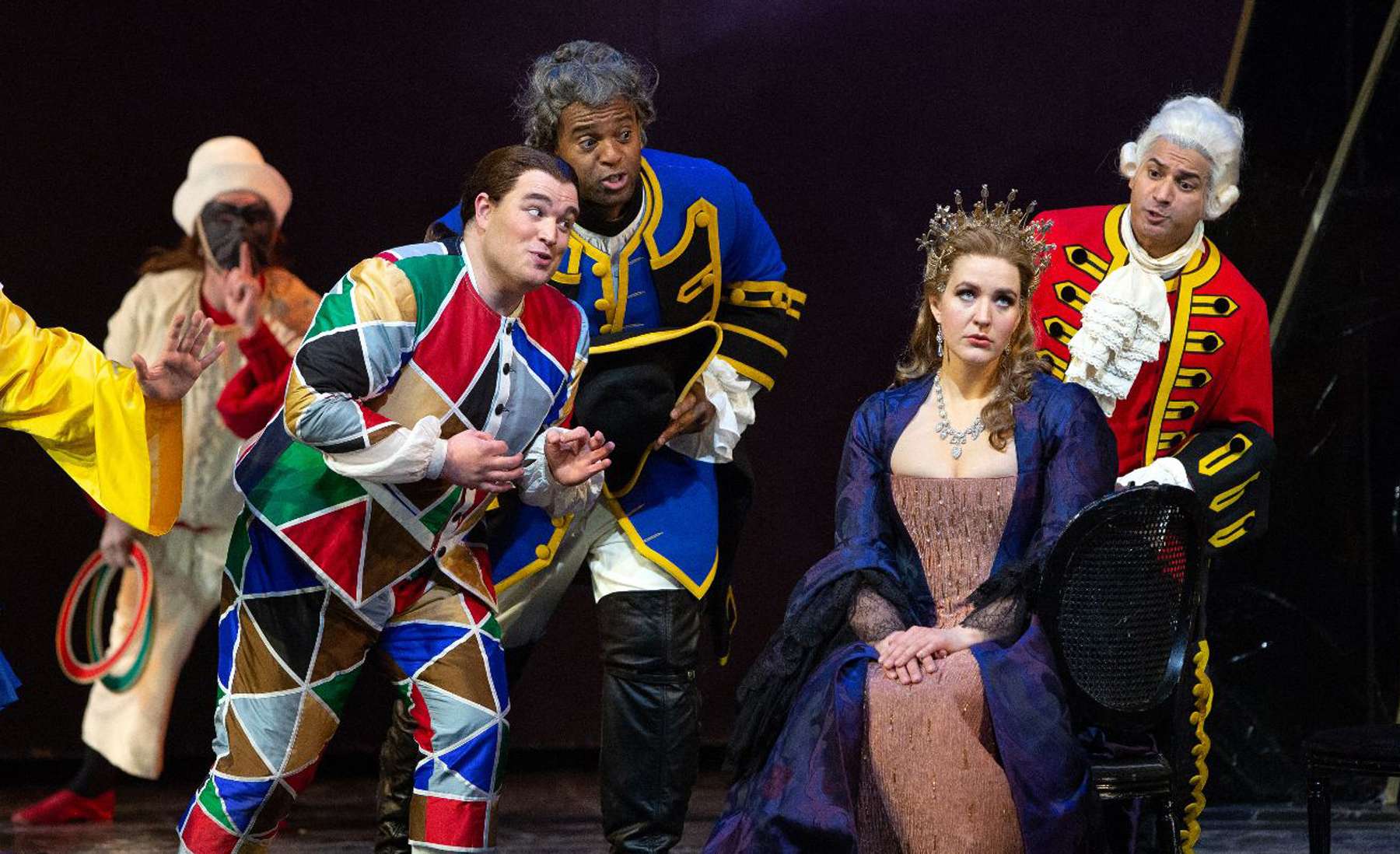 The Mary D. Fisher Theatre is honored to be the home for the Met Live Opera programs for the 2021-2022 season, presented by the Sedona International Film Festival. The season will continue with Richard Strauss’s “Ariadne auf Naxos” on Saturday, March 12. There will be one show at 11 a.m. — a live simulcast as it is happening at the Met!

Plan to come early as Deborah Raymond will lead a pre-opera talk one hour before the production.

Soprano Lise Davidsen makes her Live in HD debut in one of her signature roles, the mythological Greek heroine of Strauss’s enchanting masterpiece. The outstanding cast also features mezzo-soprano Isabel Leonard as the Composer of the opera-within-an-opera around which the plot revolves, with soprano Brenda Rae as the spirited Zerbinetta and tenor Brandon Jovanovich as Ariadne’s lover, the god Bacchus. Marek Janowski conducts.

Preparations are in progress for the opera Ariadne auf Naxos. The major-domo informs the music master that an Italian comedy will be performed after the opera, followed by fireworks. Confusion ensues, and in the midst of the hustle and bustle, the major-domo announces that, in order for the fireworks to begin on time, the opera and the comedy are to be performed simultaneously. The music master persuades the composer to trim the score, while the two lead singers urge him to abridge the other’s part. Zerbinetta prepares her troupe and then proceeds to flirt with the composer. The young man finds new hope, but when he sees the comedians ready to go on stage, he realizes with horror what he has agreed to.

Three nymphs look on while Ariadne despairs, and the comedians are doubtful whether they will be able to cheer her up. Ariadne resolves to await Hermes, messenger of death. Zerbinetta addresses her directly, woman to woman, advising that she change an old love for a new one. The nymphs announce the approach of a ship carrying the god Bacchus. Ariadne prepares to greet her visitor, whom she thinks must be death. Entranced by Ariadne’s beauty, Bacchus professes his love for her, and together, they ascend to the heavens—leaving Zerbinetta with the last word.

The Met Live Opera’s “Ariadne auf Naxos” will be shown at the Mary D. Fisher Theatre on Saturday, March 12 at 11 a.m. (live simulcast). The pre-opera talk will take place one hour before the show. Tickets are $25 general admission, $22 for Film Festival members, and $15 for students. Tickets are available in advance at the Sedona International Film Festival office or by calling 928-282-1177. Both the theatre and film festival office are located at 2030 W. Hwy. 89A, in West Sedona. For more information, visit: www.SedonaFilmFestival.org.