Music in the Stacks at Camp Verde Community Library 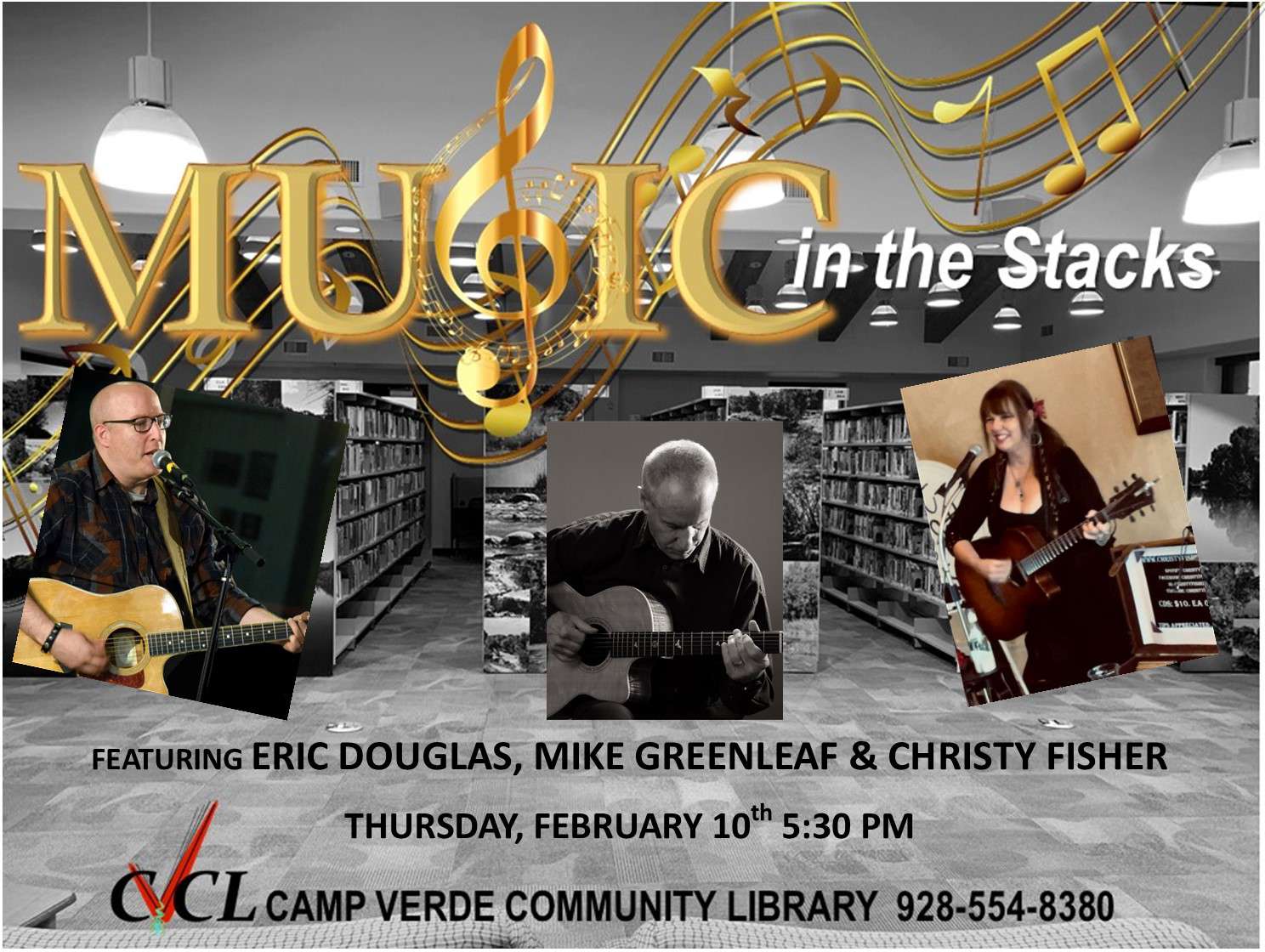 Music in the Stacks returns on Thursday, February 10th at 5:30 pm in Camp Verde Community Library’s Fireside Room. Music in the Stacks is a showcase of local and national musicians who entertain regularly in Northern Arizona. There are 3-5 different performers during the show, with a rotating variety each month.

Eric Douglas is an Arizona singer/songwriter who combines contemporary folk, classic rock, and Texas country to tell stories of people finding their place in the world…for better or worse. Eric paints an American landscape, with songs from the Southwestern desert, the Great Plains, and the open road. He is a dynamic live performer, and a veteran of folk festivals across Arizona – either solo or with folk trio Hambone.

Mike Greenleaf is a Seattle-born singer-songwriter now living in the Arizona desert and has been writing and performing for over 40 years. His songwriting is influenced by a wide variety of musical styles – at times heartfelt, at times humorous, but always deeply personal and intelligent. Mike’s songs capture the genuine experience of everyday reality. His performance style is warm, open, engaging, and unpretentious.

Christy Fisher is based in Jerome and has performed with a few area musical groups throughout her 30 years in the area, including Mountain Stranded Time, Cattywampus, Christy and Frenz, The Jerome Philharmonic Convergence, and the Jerome Ukulele Orchestra…and has released two albums in the past year that are now charting in over 40 countries. Nominated in four categories by the 2021 International Singer and Songwriters Association, Fisher’s performances are a combination of award-winning songwriting, unusual audio engineering techniques, and powerful vocals.

Camp Verde Community Library is located just off of Montezuma Castle Highway at 130 Black Bridge Road, Camp Verde AZ. For more information about this or any other library program, visit the library’s website at www.cvlibrary.org or call 554-8391.