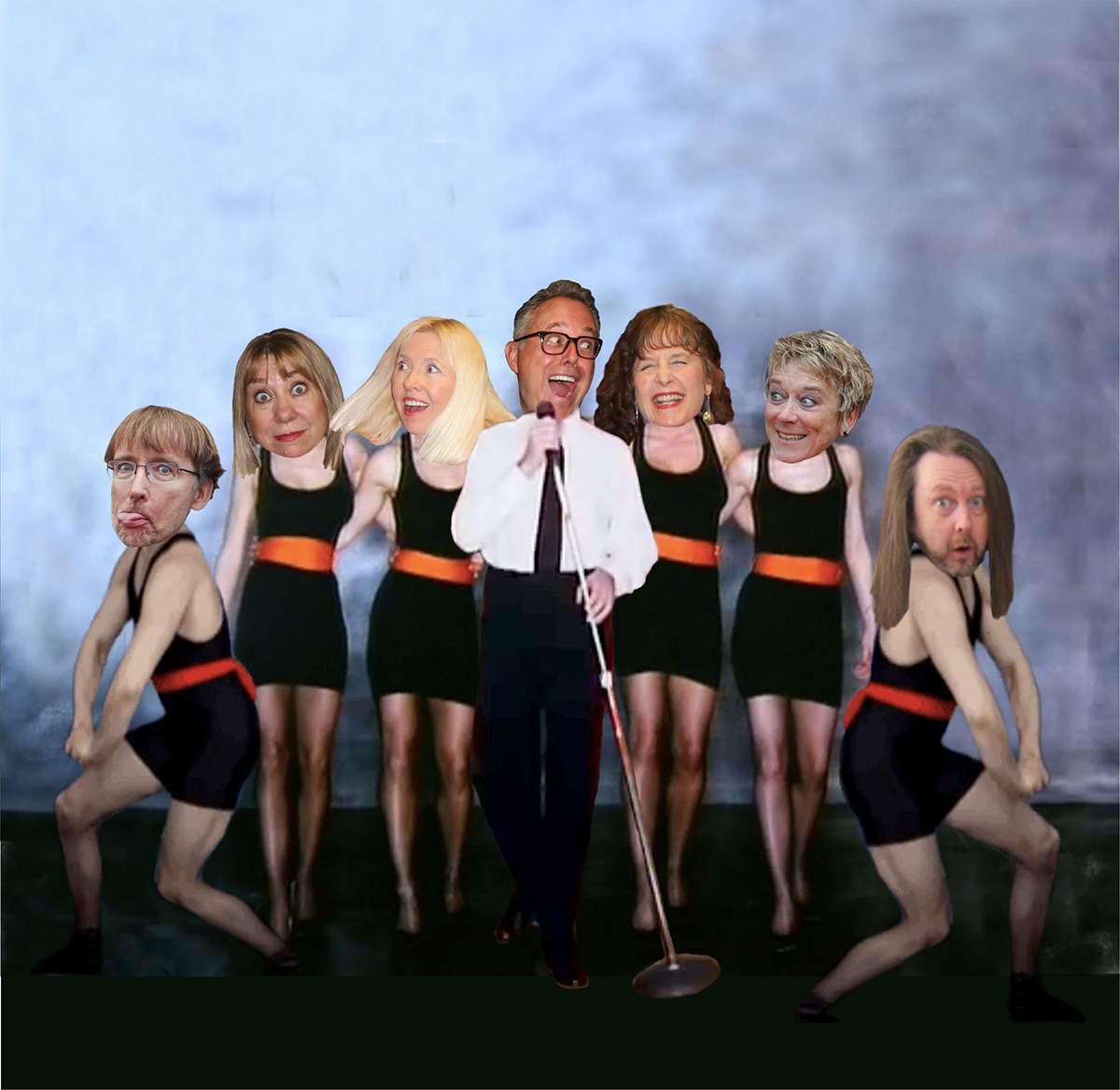 The Old Town Center for the Arts is pleased to present the improvisational troupe Zenprov Comedy in a special Valentines theme event entitled, “Addicted to Love & Laughs!”, on Saturday, February 12th at 7:00 PM.

Is laughter the ultimate aphrodisiac? Find out at Zenprov Comedy’s “Addicted to Love & Laughs” improv show. With the help of audience members, the troupe will explore relationships, dating and dysfunction through the lenses of both truth and comedy. They’ll be doing their own version of The Dating Game from the 1970s, an improvised Soap Opera and many original games, including an audience favorite where actors reenact a couple’s first date by playing their friends, family and jealous exes. Romance is in the air! And it smells funny. Zenprov will also be joined on stage by a Second City alum and a belly dancer.

For more than a decade now, Zenprov Comedy has tapped into the rich source material that comes from living in a community steeped in spiritual seeking, UFOs, vortexes, self-help gurus, psychics, radical vegans and endless roundabouts. While Zenprov Comedy’s may start in the woo-woo culture of Sedona, their otherworldly performances are grounded in the fundamentals of rock-solid improv work, inventive satire, and their constant search for grand truths hidden within the great Cosmic Giggle.

If you’ve never been to one of their live performances before, Zenprov Comedy is similar to the popular improvised TV show “Whose Line Is It Anyway?” The troupe performs a mix of fast-paced improvised scenes created in the moment based on audience suggestions as well as Chicago-style “long form” improv, where scenes and characters interconnect with each other. Unlike sketch or standup comedy, nothing is scripted or prepared ahead of time, so it’s never the same show twice.

Zenprov Comedy embraces the Del Close method of improv acting, which emphasizes the “group mind” that mysteriously develops during a performance. Miraculously, the player’s minds fuse together to create a “super mind” where they practically finish each other’s sentences—and often do. Laughter ensues.

Don’t miss this chance to giggle away any Valentine confusion with Zenprov Comedy’s completely improvised show “Addicted to Love & Laughs!”. Doors open at 6:15 pm, and refreshments, including beer, wine, snacks and popcorn will be available.

Tickets for Zenprov Comedy’s “Addicted to Love & Laughs are $18 in advance and $20 at the door, $25 Priority seating in the first 3 rows. This family friendly, one-night-only performance could sell out so please purchase tickets early. Tickets are available online at www.showtix4u.com or in Cottonwood at Mysterium and In Sedona, you can find tickets at The Mary D. Fisher Theater. For ticket prices and more information about these and other upcoming events, visit www.oldtowncenter.org, or call Elena Bullard at 928-634-0940.