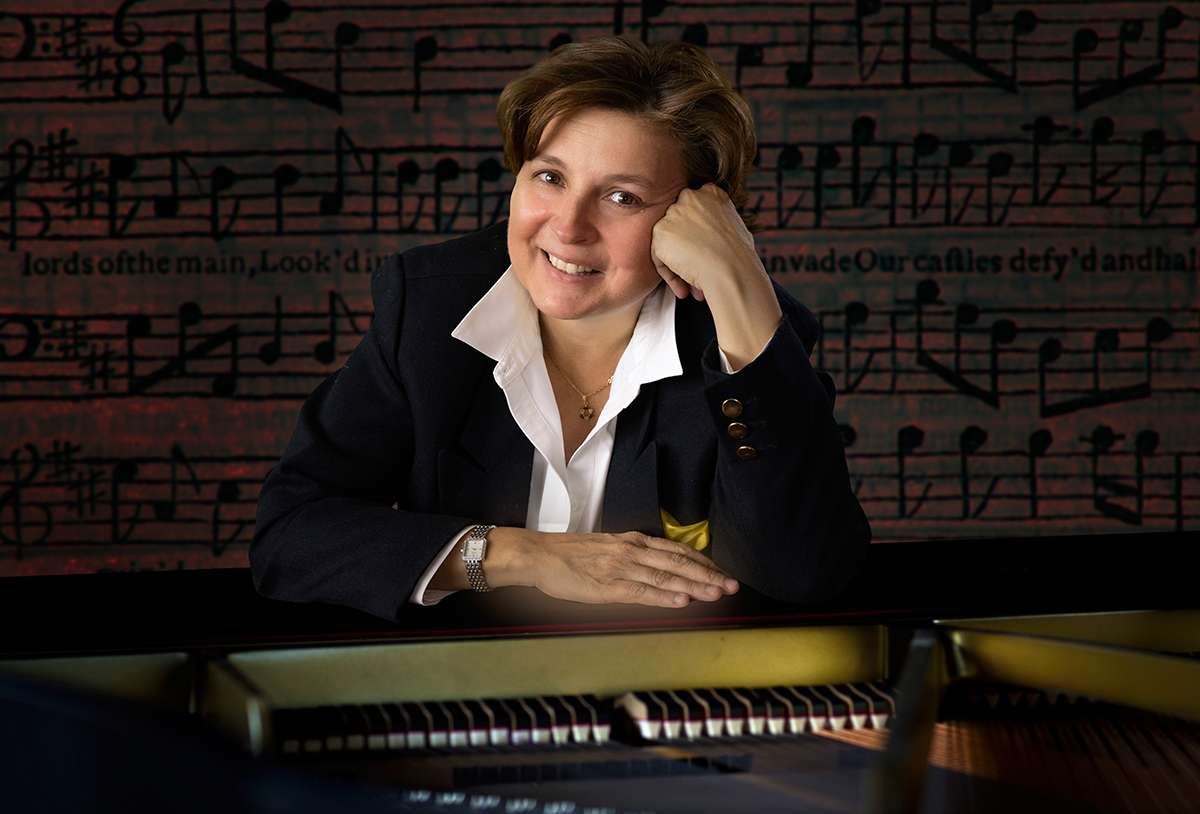 Piano on the Rocks International Festival returns to Sedona on April 23-25, 2022 with three unique successive concerts and the world premiere of: Powehi for two pianos and narrator by American composer Anna Rubin. Piano on the Rocks continues its vibrant performances with three outstanding and eclectic concerts.

It will feature three pianists: the world renowned French pianist Jean-Marc Luisada, considered as one of the most important interpreters of Frederic Chopin’s music in the world, winner of Dino Ciani Competition and the famous Warsaw Chopin Competition; American pianist Cynthia Raim, known to Sedona audiences from previous festivals, winner of the Clara Haskil International Piano Competition in Switzerland, and praised by the New York Time as “a musician of intelligence and judgment.”; French/American pianist Sandrine Erdely-Sayo, known to many in Sedona as the Artistic Director of Piano on the Rocks, youngest recipient of the French Minister of Culture Prize and prize, winner of the Ibla International Competition in Italy, described as “passionate and electrifying” by the

Philadelphia Inquirer. German Mezzo-Soprano, Sonja Bruzauskas will join Piano on the Rocks for the second time. Besides her extensive stage career in opera, she is focusing on German art songs and contemporary music. She will sing several Schumann songs. Composer Anna Rubin will present her new work Powehi. In addition to two recent awards by the Maryland State Arts Council, she has been honored multiple times by both the Ohio Arts Council and the New York Foundation for the Arts. Actress Pamela Fields will narrate Anna Rubin’s new piece. Most recently, she appeared as Agatha Christie in the world premiere of Mysterious Disappearance in Phoenix. Elizabeth Peña, Co-Director of the festival and narrator, will present two poems of Platero y Yo, the story of a small donkey who lived with his poet master in the village of Moguer in Spain whose music was composed by Sandrine Erdely-Sayo.

The festival was created on the initiative of pianist Sandrine Erdely-Sayo and narrator Elizabeth Peña who share a common passion of music, literature and poetry. The festival brings international artists and competition winners to Sedona. It explores the interconnection between solo piano literature, storytelling and literature. Our mission is to create a fusion between music and literature. The festival offers music performances of the highest quality with the aim of building bridges across diverse cultures. Offering a wealth of variety , the 2022 repertoire will include compositions from the eighteenth through the twenty first centuries. Audiences will hear renowned musicians perform works by Bartók, Chopin, Debussy, Fauré, Haydn, Liszt, Milhaud, Schubert, Schumann, Thalberg as well as the world premiere of Powehi by composer Anna Rubin for two pianos and narrator.

While these performances are also free, a $20 donation is appreciated.

Piano on the Rocks International Festival is made possible through the generous support of the Anna Maria Moggio Foundation, Steinway &Son and the City of Sedona.

For more information, go to www.pianoontherocks.org.