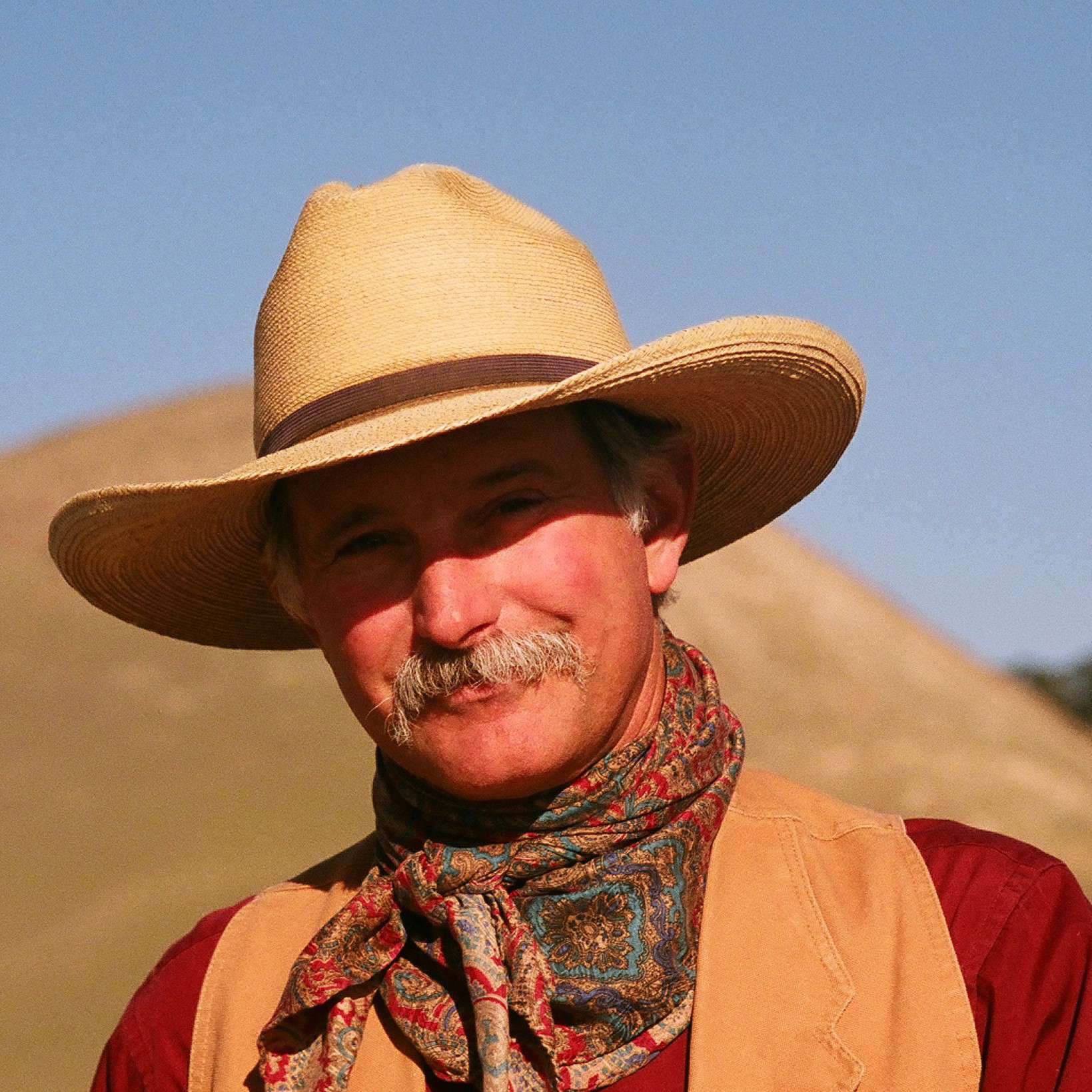 Stamey has been a cowboy, a mule packer, a dude wrangler, and is now one of the most popular Western entertainers working today. He finds he prefers delighting audiences across the country more than being stomped on by angry horses. Drawing on his own experiences, Dave Stamey will perform songs and stories about living and working in the west.

Dave’s music isn’t the old songs of Gene and Roy or current country, it’s more contemporary western folk – with a blend of modern western life or historic lore. For certain, he is a master at bringing his audience close to him. Whether made up or true, his songs will carry your soul like the river carries a current. It somehow manages to whisk you away and actually make you feel the deep, raw passion of a cowboy’s connection to his horse and the land. Even if you’ve never ridden a horse and aren’t into the genre, you’ll instantly gain a newfound appreciation of what makes that kind of life so special and rare in this world.

Dave Stamey is a nationally acclaimed cowboy singer/songwriter and entertainer and in 2016 was inducted into the International Western Music Hall of Fame. He has been recognized five times by True West Magazine as the Best Living Solo Western Musician. Of all the many awards over his 25-year career, Dave was honored on April 13, 2019 at the National Cowboy & Heritage Museum with the Chester A. Reynolds Memorial Award – recognizing Dave as a true steward of western tradition and a darn fine singer/songwriter!

Through the Western Music Association, he has also won Songwriter of the Year 5 times and is a 6 time winner of Male Performer of the Year. Cowboys and Indians Magazine calls Dave the “Charlie Russell of Western Music”. Dave’s music is fresh, spellbinding and fun for the whole family. Some say his genre is “contemporary western music”. But definitely not “country” as this fun and soulful music sparks joy in the heart of audiences who live and/or love to experience the “West”.

In the midst of his fast-paced touring and performing schedule, Dave wrote and produced his 12th CD called Good Dog. His compositions on this new release are what you come to expect from Dave – witty, heart wrenching, tender and sophisticated. His very latest projects include 2 books, The First Twenty-Five Years, Songs and Stories was released in August 2018. With over 60 Dave Stamey originals and their backstories, one really begins to understand the depth of this songwriter and his creative process. In September 2021, Pigaroo and the Code of the West was released with a collection of Stamey short stories.

Here’s what Mike Fleming, Director of the California Cowboy Festival in Santa Clarita says about Dave, “Dave Stamey is one of the best Western songwriters alive today. His melodies blend perfectly with his lyrics to the point where you can almost feel the wind against your face and smell the soft scent of the sage. He never fails to engage his audience and take them on a rewarding journey through the panorama of the West.”

Baxter Black says: ‘California gave us Buck Owens, the California condor and Dave Stamey . . . I’d take Davey any day!” Baxter goes on to say, “It doesn’t matter if you are a grape grower, feedlot cowboy, an electrician, car salesman, deputy sheriff, horse shoer, own a tire shop, ranch or an English major at Stanford, Davey will touch your heart – with laughter and reflection.

Join us for Dave Stamey, one of the Best Cowboy Entertainers in the country, Saturday, February 26th at 7:00 PM. Old Town Center for the Arts Is located at 5th Street & Main in Old Town Cottonwood. Tickets for Dave Stamey are $20 in advance, $22 at the door, and $25 for priority seating in the first three rows. Tickets are available online at www.showtix4u.com or in Cottonwood at Mysterium and In Sedona, you can find tickets at The Mary D. Fisher Theater. For ticket prices and more information about these and other upcoming events, visit www.oldtowncenter.org, or call Elena Bullard at 928-634-0940.

Cowboy Magazine says, “If you haven’t discovered him yet, it’s time you broadened your horizons…” . Bonsall Village News commented, “His Music is gorgeous, often funny, and his performance is flawless…”