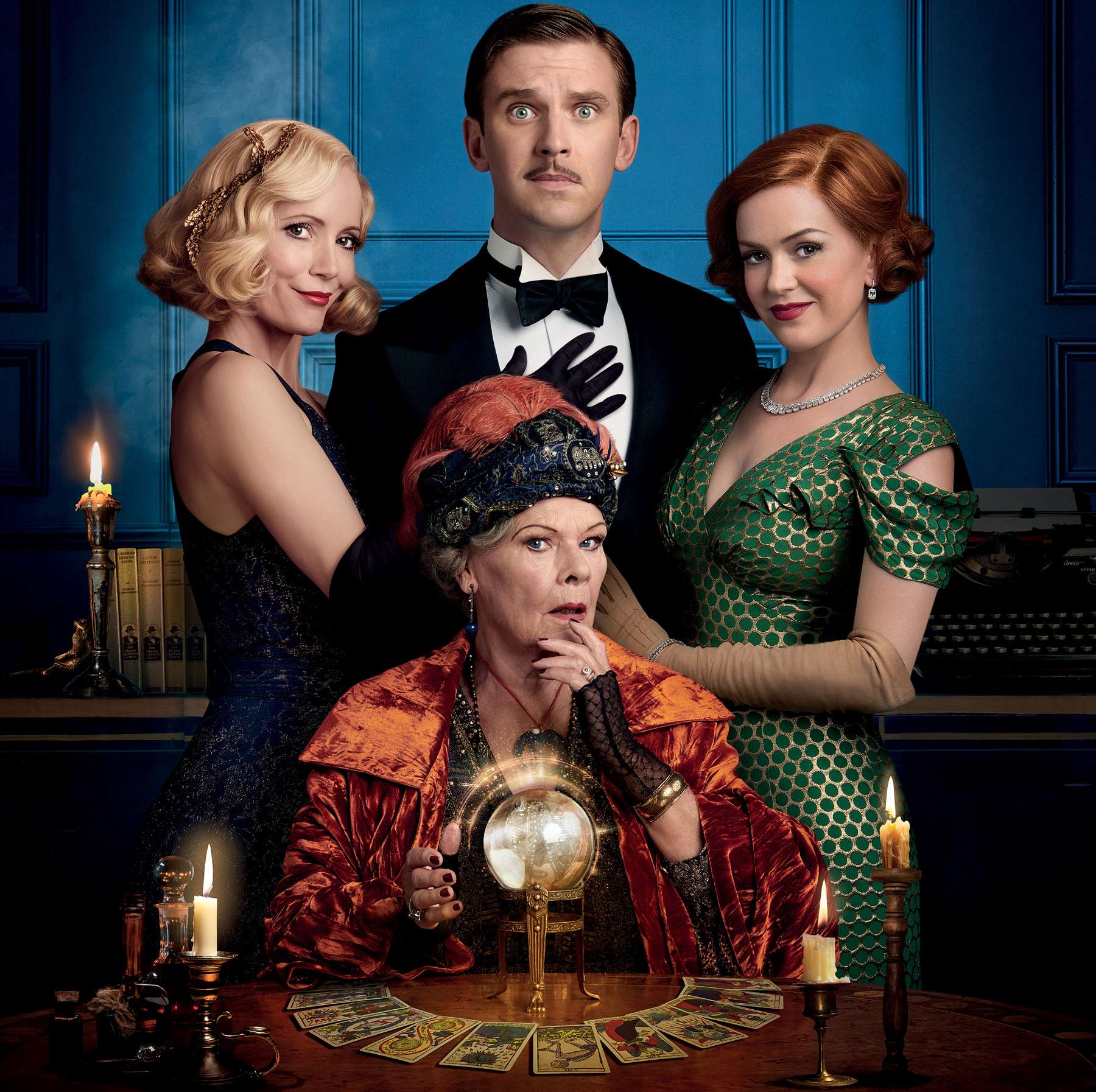 The Sedona International Film Festival is proud to present the Northern Arizona premiere of the critically-acclaimed new film “Blithe Spirit” — based on a play by Noël Coward — showing Feb. 19-25 at the Mary D. Fisher Theatre.

Best-selling crime novelist Charles (Dan Stevens) is struggling with catastrophic writer’s block and a stressful deadline for his first screenplay. His picture-perfect second wife Ruth (Isla Fisher) is doing her best to keep him focused in the hope of fulfilling her dream of heading to Hollywood.

Charles’ desperate search for inspiration leads him to invite Madame Arcati (Judi Dench), a medium recently exposed as a fraud, to perform a séance in their home.

They all get more than they bargained for when Arcati accidentally summons the spirit of his deceased first wife: the fiery and jealous Elvira (Leslie Mann) who embarks on a mission to kill Charles so she can spend eternity with him which leads to an increasingly comical and deadly love triangle.

With Britain still in the throes of World War II, Noël Coward noted in his diary of May 1941 on completion of “Blithe Spirit”: “really feel I have done a rousing good comedy”. Theatre-goers wholeheartedly agreed with the play running for 1,997 performances in its first outing.

Laughter remains a medicine much in demand 70 years later in 2021, which is why writer-producers Meg Leonard and Nick Moorcroft felt the time was ripe for a cinematic reinvention of Coward’s ghostly comedy.

“We just feel like people could do with being cheered up at the moment,” says Meg Leonard, while Nick Moorcroft adds that “this is a movie where you want people to go out for the night with a gang of friends and just have a laugh and actually just forget about everything. Enjoy great scenery, great locations, great funny witty performances and lovely music.”

PHOTO CAPTION (can be used with any photo):

Best-selling crime novelist Charles (Dan Stevens) is struggling with catastrophic writer’s block and a stressful deadline for his first screenplay in “Blithe Spirit”, based on the Noel Coward play. His picture-perfect second wife Ruth (Isla Fisher) is doing her best to keep him focused in the hope of fulfilling her dream of heading to Hollywood.