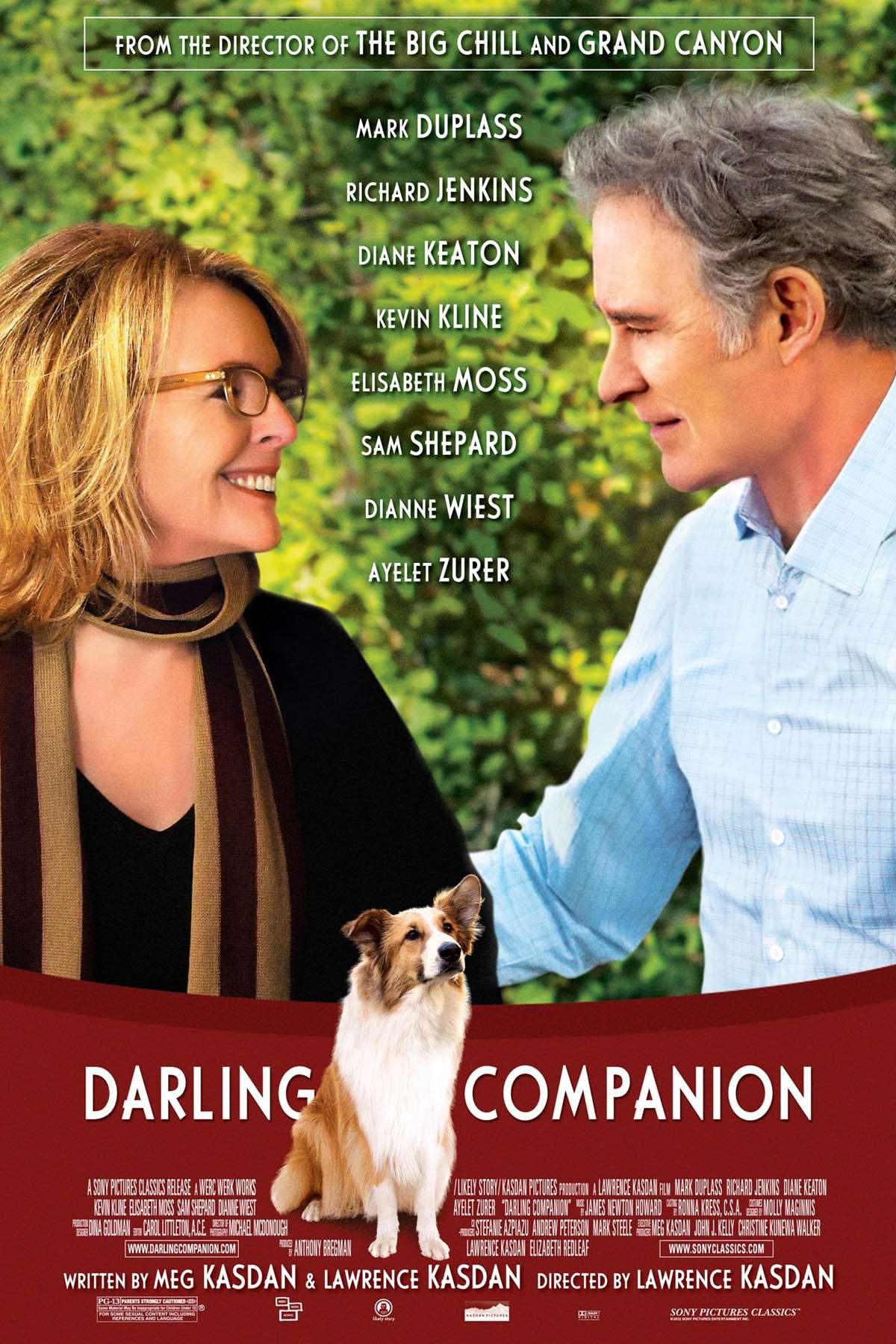 The Sedona International Film Festival is proud to present a “Festival Flashback” of the sensational acclaimed film “Darling Companion” on Tuesday, March 9 at 4 and 7 p.m. at the Mary D. Fisher Theatre.

“Darling Companion” is a comedy about many varieties of companionship. At the center of the movie is a marriage that has gone on for a long time and become frayed. Surrounding that union are young people falling in love, a brand-new marriage and the surprise of mid-life romance.

The film is also about the connection that sometimes happens between a human being and a pet – the love, friendship and solace that can pass between species.

On the side of a busy freeway, Beth (Diane Keaton) finds the love, devotion, commitment, and courage she needs — all wrapped up in a stray dog who becomes her “darling companion.” When the beloved canine goes missing, a shaggy-dog search adventure plays out, drawing together friends and family and rekindling a lifelong love.

“Anyone who’s ever had a dog knows they live in the moment. Their behavior can have an incredible effect on the people around them,” said writer/director/producer Lawrence Kasdan. “While humans worry about the future and mull over the past, dogs bring us back to the present with the uncomplicated joy they take in the here and now.”

“The characters in ‘Darling Companion’ are fictional, but the sense of how our affection for these animals can bring people together is very true,” added Kasdan, whose previous films include “The Big Chill”, “Body Heat” and “The Accidental Tourist”.

“Darling Companion” will be shown at the Mary D. Fisher Theatre on Tuesday, March 9 at 4 and 7 p.m. Tickets are $12, or $9 for Film Festival members. For tickets and more information, please call 928-282-1177. Both the theatre and film festival office are located at 2030 W. Hwy. 89A, in West Sedona. For more information, visit: www.SedonaFilmFestival.org.

If you are looking for things to do in Sedona, this is one great way to enjoy your day.