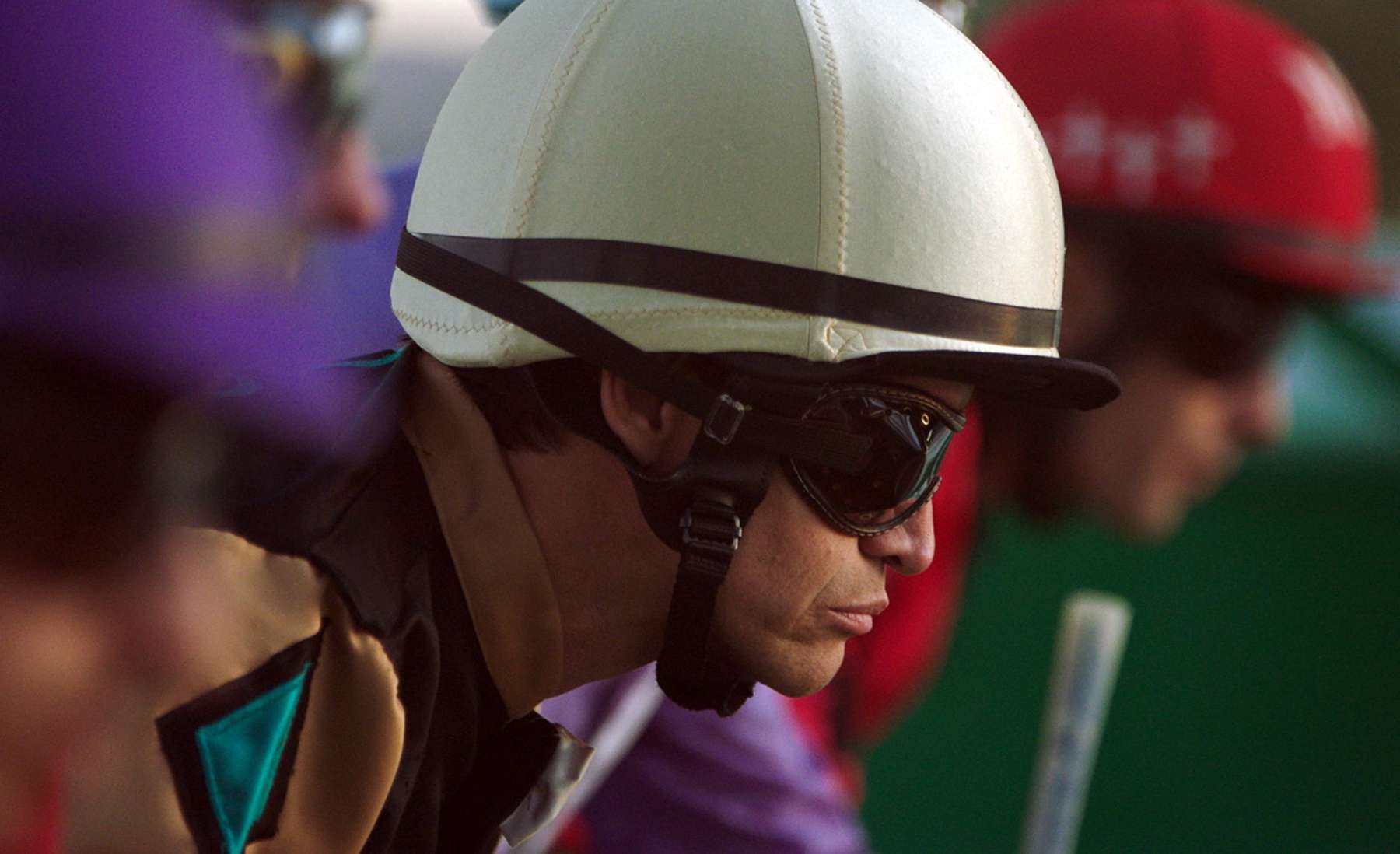 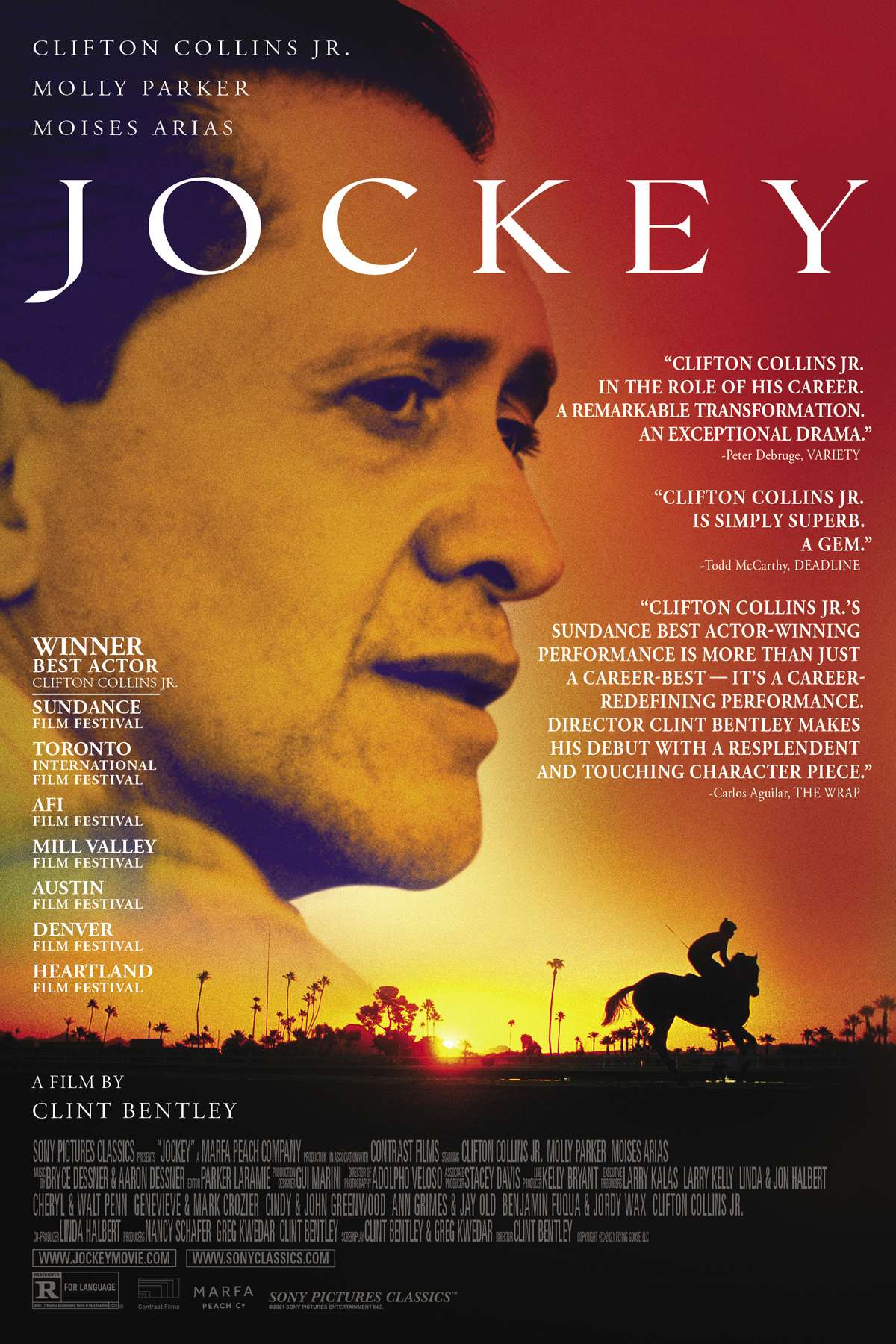 An aging jockey (Clifton Collins Jr.) hopes to win one last title for his longtime trainer (Molly Parker), who has acquired

what appears to be a championship horse. But the years – and injuries – have taken a toll on his body, throwing into question his ability to continue his lifelong passion.

The arrival of a young rookie rider (Moises Arias), who claims to be his son, and whom he takes under his wing, further complicates the path to fulfilling his dream.

Instilled with an immediately engaging realism by filmmakers Clint Bentley and Greg Kwedar, “Jockey” takes audiences inside the “backside” of racetrack life in a way no other film has. Filmed at a live racetrack in Arizona, and featuring real jockeys, “Jockey” reveals the true rider experience – real life, behind the track.

“Clifton Collins Jr. in the role of his career. A remarkable transformation. An exceptional drama.” – Peter Debruge, Variety