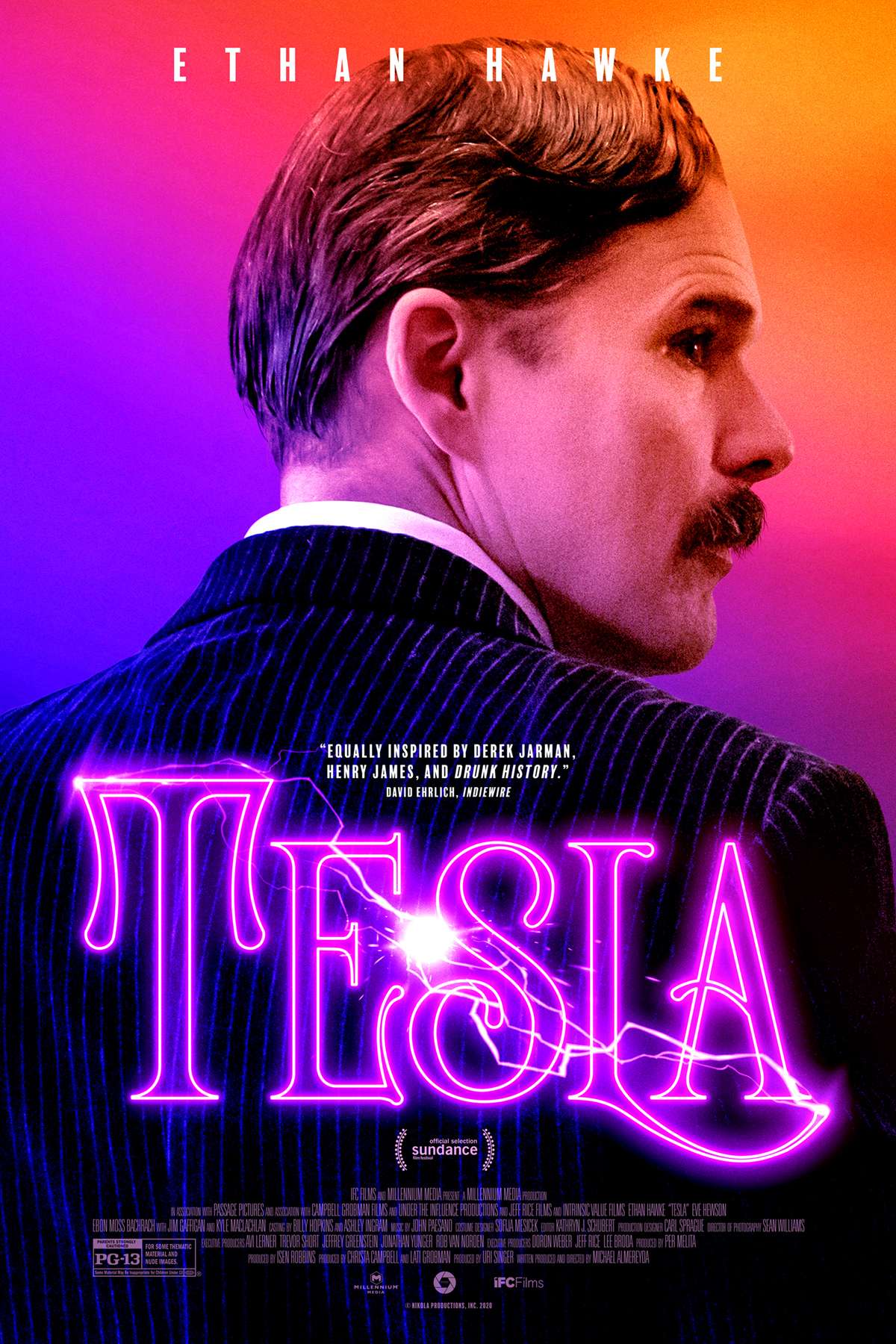 The Sedona International Film Festival is proud to present the Northern Arizona premiere of “Tesla” showing Sept. 11-17 at the Mary D. Fisher Theatre.

“There’s something about Nikola Tesla that needs to be discussed right now,” said lead actor Ethan Hawke. “More and more it seems like the event of our age is the internet and the massive impact it’s having changing borders and the way we think. It all goes back to this age of invention and Nikola Tesla, so it seems like it’s a great time to revisit this period when wireless energy came onto the scene.”

“This story spoke to me,” adds Hawke. “When director Michael Almereyda first told me about Nikola Tesla, I thought, ‘I want to know about this, I wish I knew more. It seems relevant to my life and I have no idea where wireless energy came from.’ People think someone like Steve Jobs created wireless energy and they don’t understand the legacy of invention and the Industrial Age. So, telling that story excited me.”

When Jimmy Carter was just a kid in south Georgia, he loved gospel music so much that he didn’t need the hymn book to sing along. As it turned out, this lifelong passion for music gave him an unexpected edge as a presidential candidate. Through folk, soul, jazz, and rock ‘n’ roll, Carter tapped into a force that transcended racial and generational divides, and often party lines.

If it hadn’t been for a bottle of scotch and a late-night visit from musician Greg Allman, Jimmy Carter might never have been elected the 39th President of the United States. This fascinating documentary charts the mostly forgotten story of how Carter, a lover of all types of music, forged a tight bond with musicians Willie Nelson, the Allman Brothers, Bob Dylan and others.

Low on campaign funds and lacking in name recognition, Carter relied on support from these artists to give him a crucial boost in the Democratic primaries. Once Carter was elected, the musicians became frequent guests in the White House. Director Mary Wharton assembles a star cast including Trisha Yearwood, Garth Brooks, Nelson, Dylan and Bono and fills the soundtrack with Southern rock, gospel, jazz, and classical.

Part-rockumentary, part-presidential portrait, “Jimmy Carter: Rock & Roll President” combines rare archival footage with era-defining live performances: Aretha Franklin, Jimmy Buffett, Paul Simon, Dizzy Gillespie, and Herbie Hancock only scratch the surface. Mary Wharton traces how Carter’s genuine approachability became key to his political appeal, and allowed him to connect with voters who may only have known him as a small-town peanut farmer. But even more urgently, it shows us the unifying potential of a leader who believed — in a twist on Dylan’s words — that America could get busy being born, even as it seemed busy dying.

Sedona International Film Festival presents the Great Art on Screen series with “Hermitage: The Power of Art”. The event will show in Sedona on Tuesday, Sept. 15, at 4 and 7 p.m. at the festival’s Mary D. Fisher Theatre.

A spectacular documentary event tours through St. Petersburg’s State Hermitage Museum, a wonderful complex of buildings with the largest collection of paintings in the world, to retrace two and a half centuries. Audiences pass through the magnificent interiors that provided a meeting point for foreign artists, architects and intellectuals creating connections through art and culture.

The history of the museum is marked by the acquisitions of the enlightened Empress Catherine II, whose personality has continued to fascinate art historians and critics over the centuries. Toni Servillo leads us on this journey through the Hermitage and the magnificent city of St. Petersburg with its waterfront, statues, canals and the bridges that form a symbolic cultural and visual element between places and distant civilizations.

“Hermitage: The Power of Art” will be shown at the Mary D. Fisher Theatre on Tuesday, Sept. 15 at 4 and 7 p.m. Tickets are $15, or $12.50 for Film Festival members. Tickets are available in advance at the Sedona International Film Festival office or by calling 928-282-1177 or online at www.SedonaFilmFestival.org. Both the theatre and film festival office are located at 2030 W. Hwy. 89A, in West Sedona.