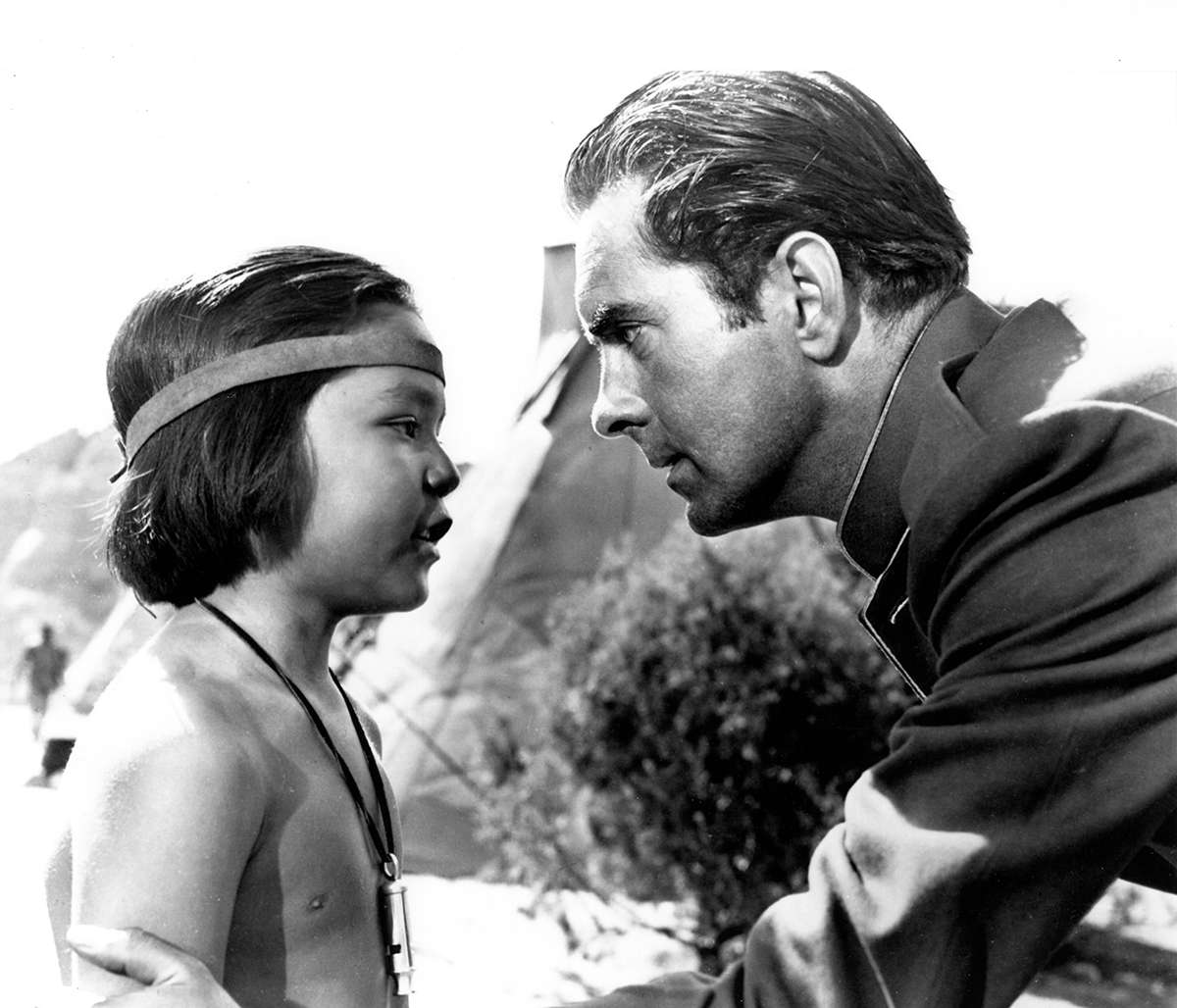 The Sedona Historical Society will celebrate the 70th anniversary of the vintage western film made in Sedona, ‘Pony Soldier’, on Sunday, February 6 at the Mary D. Fisher Theatre. The afternoon of cinematic excellence and Sedona movie history will begin when doors open at 3:00 p.m.

2022 celebrates 70 years since the release of ‘Pony Soldier’, which starred several Hollywood greats, including Tyrone Power, Cameron Mitchell, Robert Horton, Thomas Gomez, and Penny Edwards. As usual back in that era, Sedona doubled for someplace else, in this case cast in the movie as the Canadian Rockies. During the pre-film discussion, you’ll hear about how pine trees from Oak Creek Canyon were used to try to further that illusion.

Historian Clancy Sage will share other background and stories about the making of the film in Sedona. Then, ‘Pony Soldier’, a 1952 western film set in Sedona will play.

After the film, a special guest, Anthony Numkena, the child co-star from the film, will join emcee John Conway on stage. He’ll share his memories of making the movie in Sedona as a nine-year old working with some of Hollywood’s greatest actors!

Lovers of Sedona’s landscape will enjoy the vistas that are backdrop to this Hollywood production that experienced 56 days of grueling filming, with cast and crew experiencing all manner of insults and injuries while in Sedona.

This screening will show in the Mary D. Fisher Theatre, thanks to the Sedona International Film Festival. Tickets are available at sedonafilmfestival.com/event/broken-arrow/. SWAG bags and door prizes are included. Proceeds benefit the Society’s historic Schuerman Homestead House restoration project.