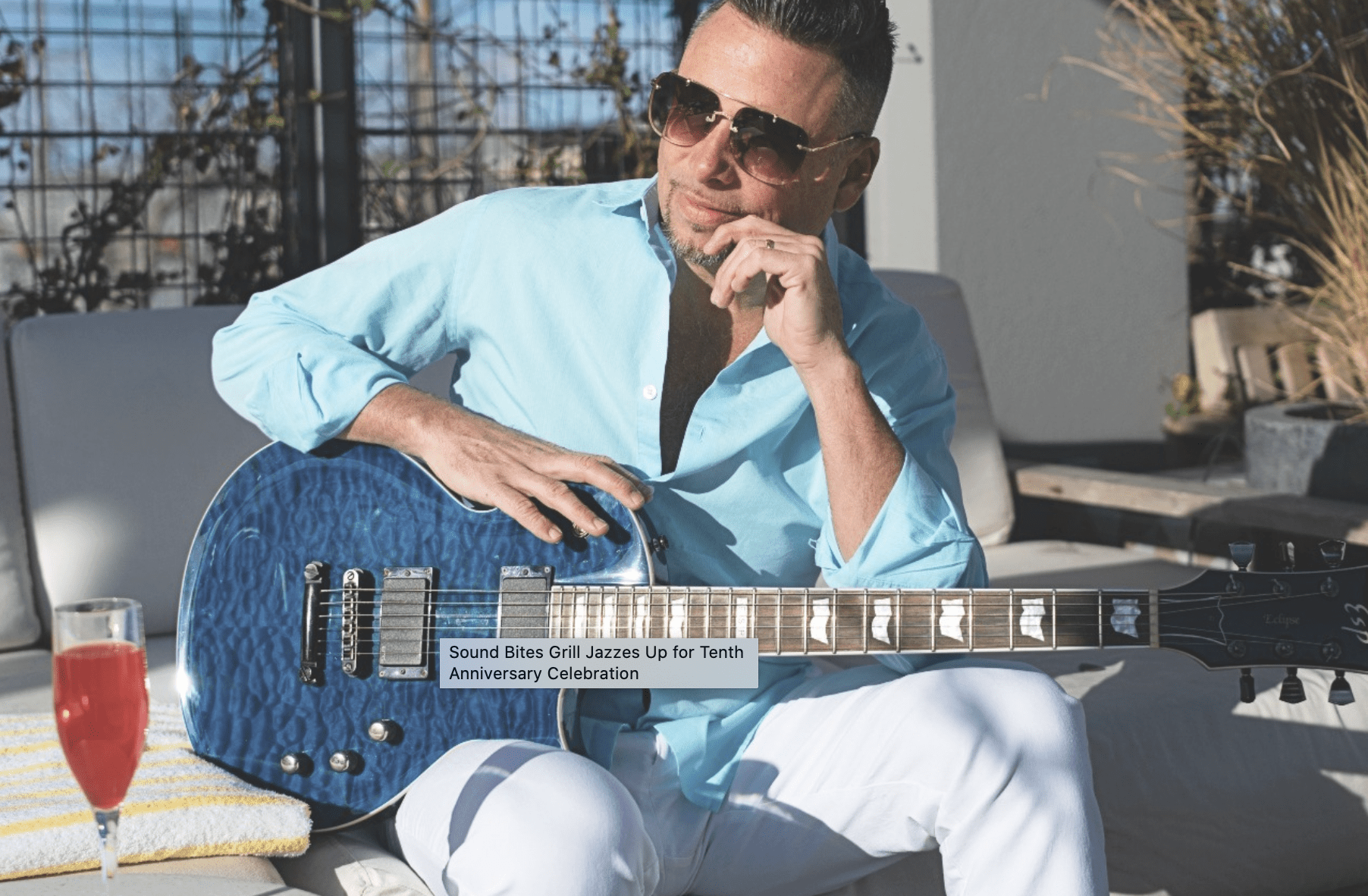 What better way to celebrate Sound Bites’ decade of providing some of the best music in Northern Arizona other than with a jazz extravaganza?

A high energy Groove Jazz audience engaging show is what these three jazz musicians inspire for aficionados, and they are ready to put on a show of a lifetime in the Sound Bites Celebrity Showroom.

Donato is considered one of music’s most dynamic performers, gifted with the ability to bond and connect with his audiences.

A saxophonist, composer, and producer, Donato has performed with some of the best-known musicians of the groove and smooth jazz genre.

He has played with Al McKay of Earth Wind and Fire, Richard Elliot, Bruce Conte of Tower of Power, Steve Reid of The Rippingtons, and other jazz notables like Brian Simpson, Steve Oliver, Gregg Karukas and Nick Colionne.

He has worked in the pop music genre as well – most notably with Gerald Levert, Wynonna Judd, Toni Childs, and superstar Richard Marx.

He was nominated by Coachella Valley Weekly for their annual CV Music Awards in the categories of “Best Jazz Instrumentalist” & “Best Instrumental Performance and has recorded numerous albums and chart-topping hits.

Steve Oliver’s career spans over 25-years in music, multi-instrumentalist, singer, songwriter and producer, Oliver is still being heard each day on contemporary and smooth jazz radio around the world.

His career has produced multiple #1 hits on the Billboard charts and countless radio staples over nearly two decades – including with his latest album “Unified” (2020) – a collaboration with keyboardist Brian Simpson that reached the #1 spot on the Billboard and Amazon jazz sales charts.

With his 2019 full-length album “Illuminate”. A follow up to 2016’s acclaimed all vocal project “Pictures & Frames” (recorded with the legendary Vinnie Colaiuta on drums and Leland Sklar on bass at the famed Capitol Studios in Hollywood), Illuminate is record deeply rooted in contemporary jazz guitar melodies and Steve’s trademark wordless vocalese.

The jazz keeps on going Saturday June 4th with Groove Jazz guitarist JJ Sansaverino. JJ met owners Michele and Steve Sullins 12 years ago and has played at the restaurant many times over their 10 years of operation.

Sansaverino, with a Billboard #1 smash hit under his belt titled “Style & Elegance” and numerous highly acclaimed albums and singles recorded during his meteoric rise in the music world, brings to the table an act every Reggae, Jazz and R&B aficionado can groove to and revel within.

His masterful guitar playing, and his creative prowess mesmerize audiences and set the mood for a night of grooving, finger snapping and dancing.

Funk, Jazz, R&B, mellow and bluesy tunes, JJ masters them all with his unique style and soulful delivery.

JJ will be debuting his new Album releasing June 3rd called “Soul & Energy” at Sound Bites! Energy is part of JJ”s DNA….. if you’ve ever met him his soul is beautiful and his energy is on fire!!!

He spent the last year touring the country promoting his album “Cocktails & Jazz,” that he wrote during covid. JJ is on his way to national recognition and a top-selling CD.

He even performed for Sir Paul McCartney’s wedding in 2002, an accomplishment every musician worth his or her salt would give anything to experience.

JJ spent a lot of his career touring the world with Maxi Priest which he still does. He will be performing with Lamar Gaines. Fred Boswell, Dylan Thomas and John White.

So, get ready for an “overdose” of jazz this weekend at Sound Bites Grill!

Sound Bites Grill is located at the Shops at Piñon Point adjacent to the Hyatt in Sedona. For more information and tickets please visit SoundBitesGrill.com or call 928 282 2713 Tickets can be purchased via Website.