Today’s Photo from Ted Grussing Photography: Back to The Colorado Plateau 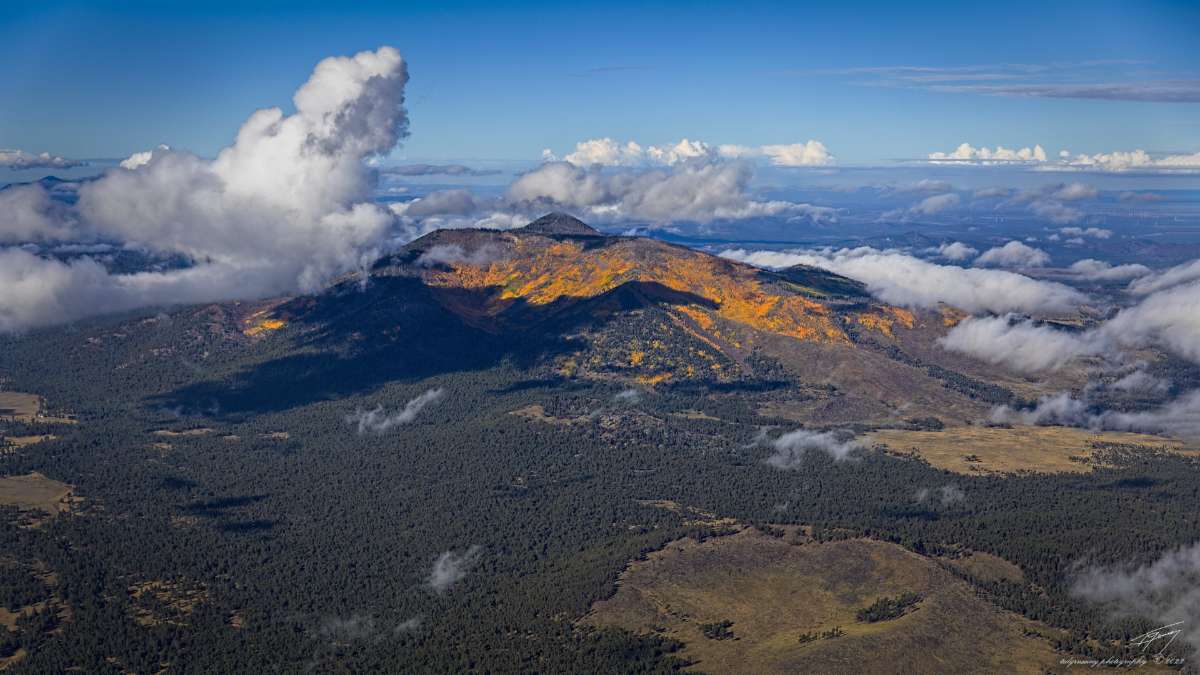 … sitting at the base of the Colorado Plateau we cannot see all the beautiful features that lie mere miles from us, but hidden from view by the cliffs where the plateau breaks off. So on a beautiful September morning, I took off from Sedona airport and headed north to capture the beauty of vast aspen stands in full color on the San Francisco Peaks and environs. I had been shooting the peaks and the inner basin and then headed NW to shoot Kendrick Peak and was slowly losing altitude and was at 11,585′ when I took this shot of Kendrick Peak … it was periodically enveloped in the clouds which were at nearly every flight level. Kendrick tops out at 10,425′ and was framed by cloud banks and the aspens were in full color. 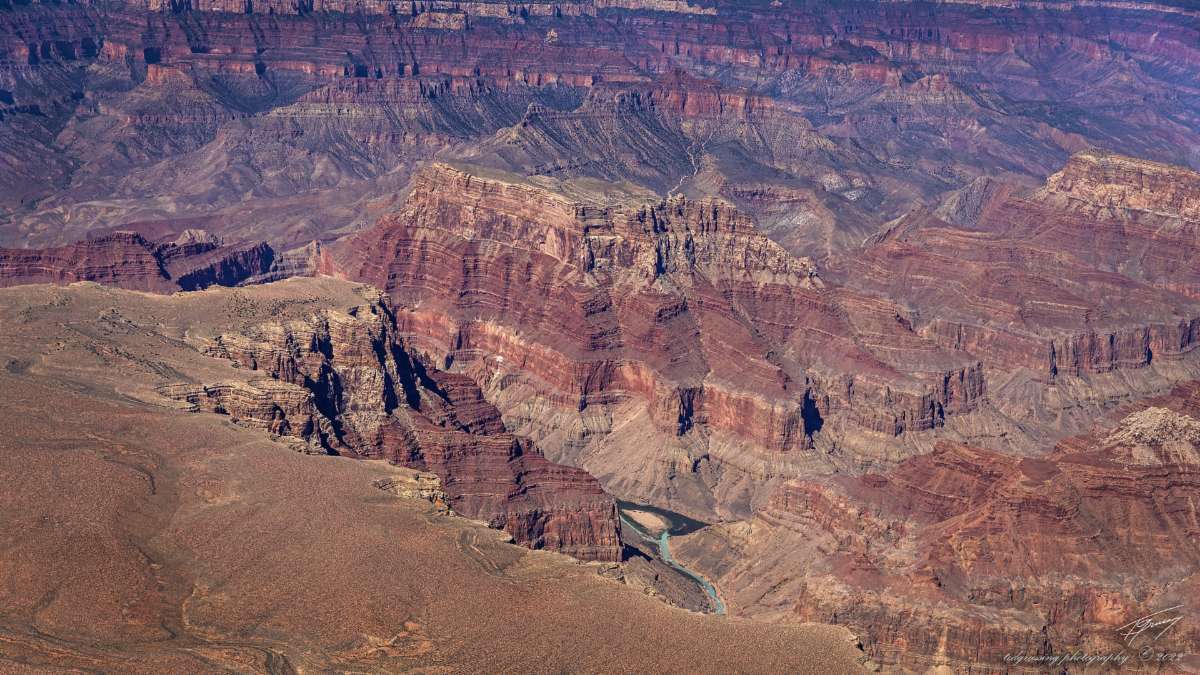 On another day it was up to the Grand Canyon in general and the area of the Confluence of the Colorado and the Little Colorado rivers specifically. The Little Colorado river flows north out of the White Mountains, crosses the Painted Desert and joins the Colorado about 10 to 15 miles upstream from Desert View … Blue Springs empties into the Little Colorado about 12 miles upstream from the Confluence and discharges 200+ cubic feet per second into the river … the water has a high mineral content and when there is no flow from Cameron (most of the time) the river bed is coated with the minerals and the water runs blue which you can see in the photo. It is a popular stopping point on river trips and I have many photos of rafts pulled ashore. I like this part of the Canyon because I can drop down to 10,000′ to shoot, whereas most of the canyon requires me to be 14,500′ or above.

Into the weekend and hope you have a wonderful one. Share a smile with someone and keep breathing! Back Monday morning.

The moon is passing in and out of the clouds, making a shadow-checkered day out of the night, and breaking the sky with shafts of gold.

All silent, the universe is doing its work—beautiful, mysterious, religious!

excerpt from A Few Hours Ago by Max Ehrmann