Today’s Photo From Ted Grussing Photography: Between Black and Casner Mountains There is The Gap 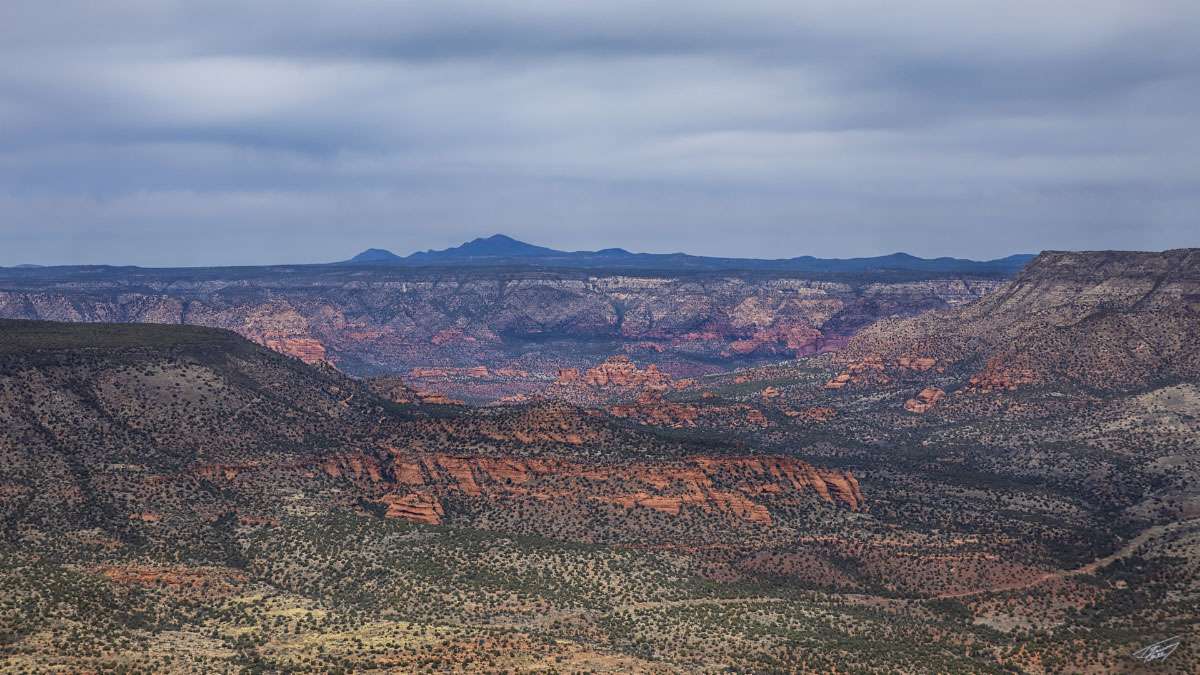 … SW of Sedona there is a place called The Gap and that is the space between Black Mountain on the south and Casner Mountain on the north. Through this gap you have a physical and visual entry into Sycamore Canyon. The gap is located about halfway up Sycamore Canyon and you are looking at some of the most beautiful formations in the canyon through the gap. Above and about 30 or so miles behind Sycamore Canyon is Bill Williams Mountain on the horizon. Bill Williams Mountain was the first volcanic eruption in what is now known as the San Francisco Volcanic Field … it arrived on the scene about 4 million years ago, and its elevation is 9259 feet. Black Mountain on the left foreground is 6045 feet and Casner on the right is 6740 feet and I was at 6370 feet when I took this photo.

Below is a photo of a U.S. Coast Guard HC-144 aircraft taking off from Sedona Airport a few years ago. They had been several hundred miles north of here and due to adverse weather they diverted south and stopped at Sedona for a break before continuing their flight. This ship is used for ocean patrol and search and rescue operations. Wingspan 84′ – length 70′ – empty weight 21,600lbs, crew of six, cruise 272 mph, and manufactured by Airbus Military. A totally cool plane and a terrific crew on this plane. 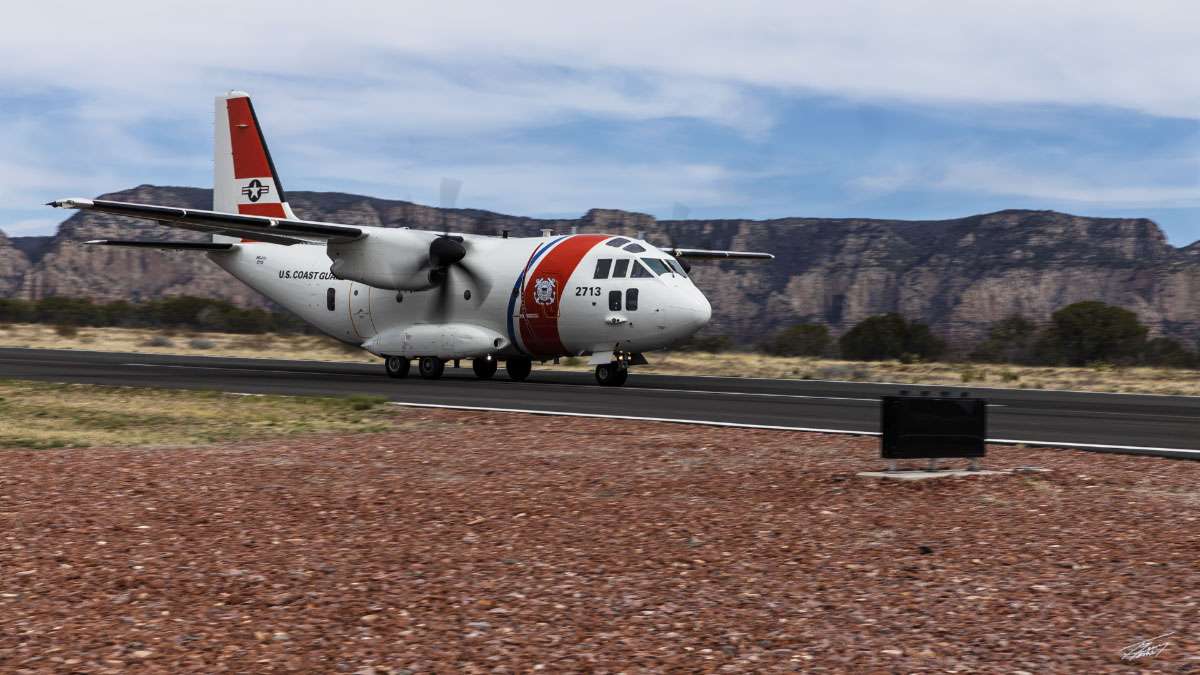 Into a new week and adventures are waiting … enjoy the day and share a smile with those you meet and greet!

Whatever else you do or forbear,

impose upon yourself the task of happiness;

and now and then abandon yourself

to the joy of laughter.

excerpt from whatever else You Do by Max Ehrmann