Today’s Photo from Ted Grussing Photography: Cause and Effect? 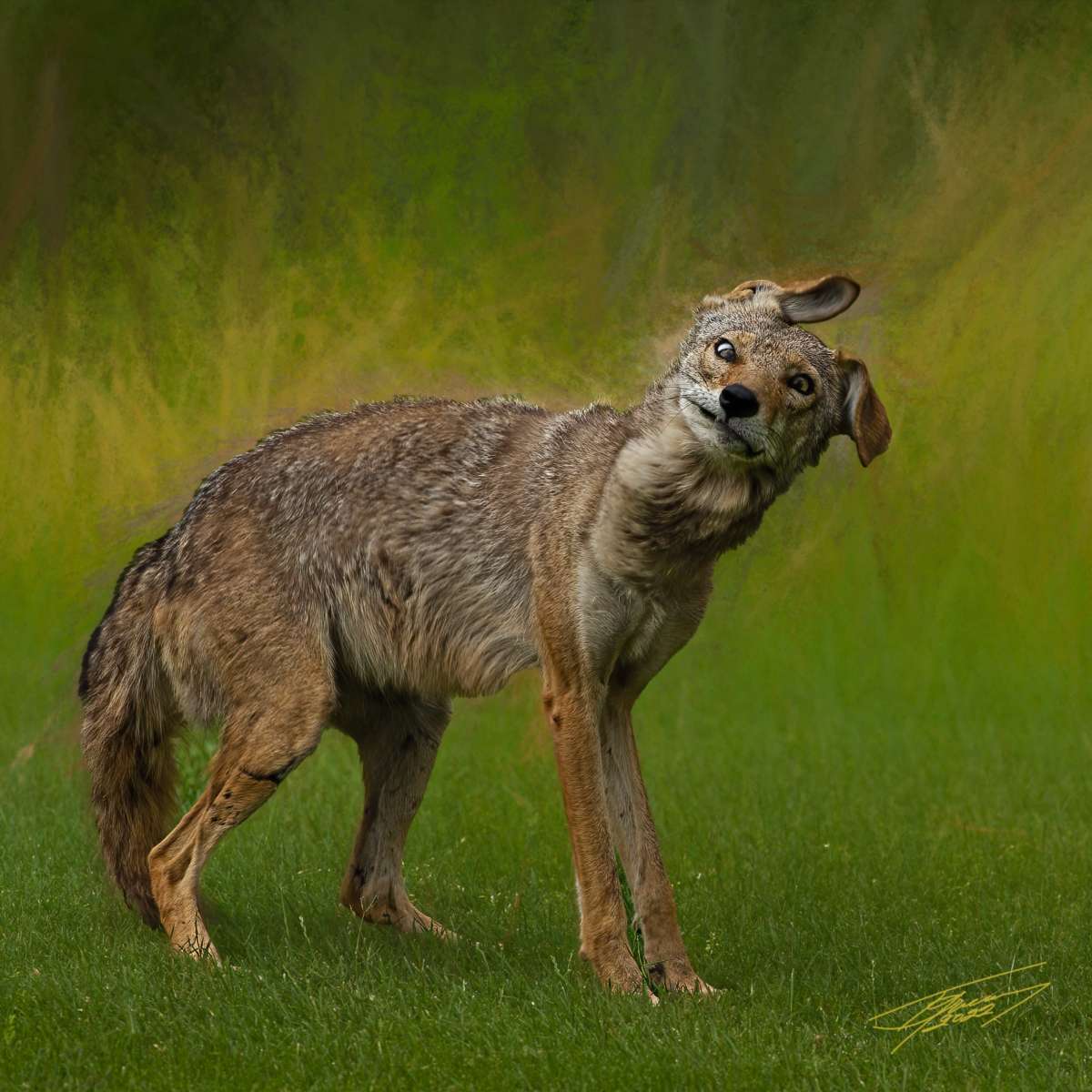 … these two photos were taken a few weeks apart in 2014 and I never suspected there was a connection until I chose them tonight from two separate folders and looked at the shot dates … wow! The photo of my silly coyote was taken several weeks after the Slide Fire was put to rest and just a few weeks before the USFS began a summer of prescribed burns … they had five fires going at the same time mere weeks after the Slide Fire and they continued several of the fires into the fall. 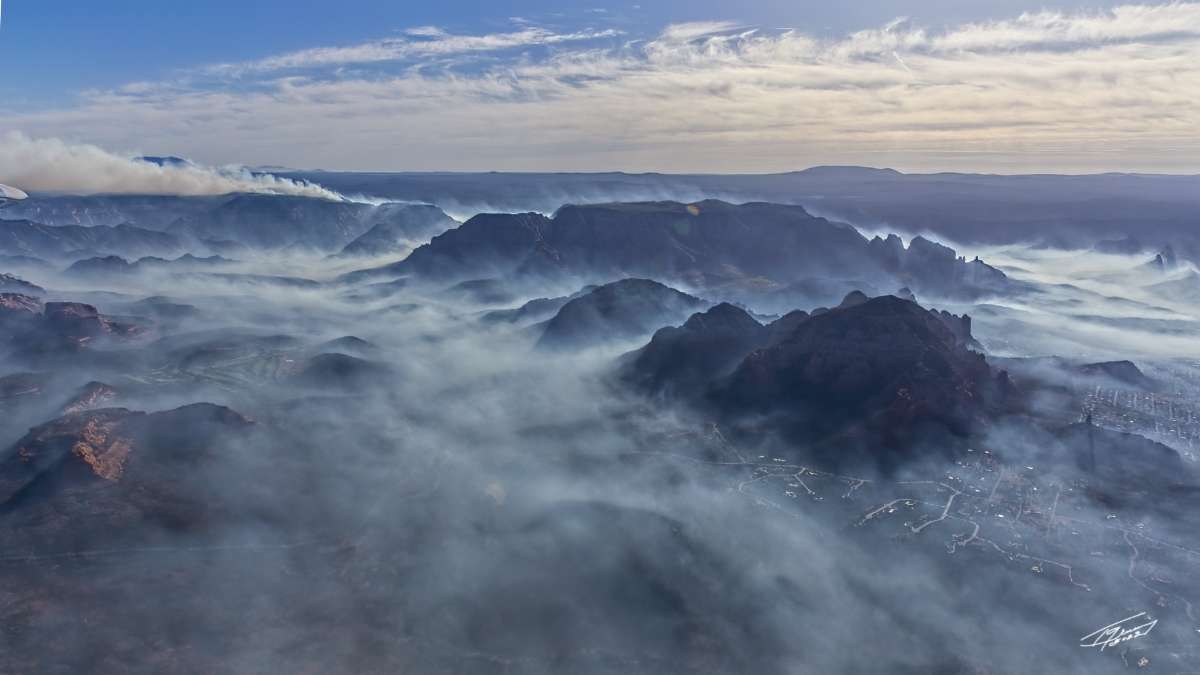 So, if this is what all that smoke did to a single coyote, imagine what it did to the rest of us … I kinda feel like that a lot, but try to restrain myself in public and put on a good face. No social pressure on the coyote though, so she just let it all out … like what is your problem Ted? And then she continued her silliness until she did not.

I saw the beginnings of the Slide Fire when I was flying back to Sedona from Falcon Field in Mesa … had some maintenance work done down there and this huge column of smoke was rising high into the sky. I took a lot of shots and then landed. Every day thereafter I flew and documented the fire and took a few friends up who also got shots. Jordan was working for the Red Rock News at the time and he got some great shots and I also took one of the Sikorsky Flying Crane Helicopter pilots up before he had to start flying early in the morning … we did kinda lose sight of the airport for a while, but we found it and landed and then he was airborne in the Sikorsky dropping retardant. (having good instruments and a glass panel with 3D display mapping are very helpful tools).

After two months without, I finally got my refrigerator refurbished today and they told me it will likely be good for at least fifteen years! Yes … my kids will get a working refrigerator … they were very happy to hear that … kind of a bummer to inherit property where the refrigerator doesn’t work. Just kidding … my sense of humor … to their embarrassment and dismay. Corky would roll her eyes after a comment like that and loudly exclaim to all who could hear, ” I don’t know why anyone likes you Ted.” I miss her sense of humor.

So, did the smoke affect the coyote? Maybe, or perhaps it was just her reaction to seeing me 🙂

Have a beautiful day, smile and keep breathing … best exercise I have ever found.

Alone with stars and dreams of you!

The stars will bring us yet together,

“Although I know my wild heart’s savage love will soften,

None other shall I ever woo,

And in the starry night yet often

I’ll breathe a prayer to you.”

excerpt from Song by Max Ehrmann