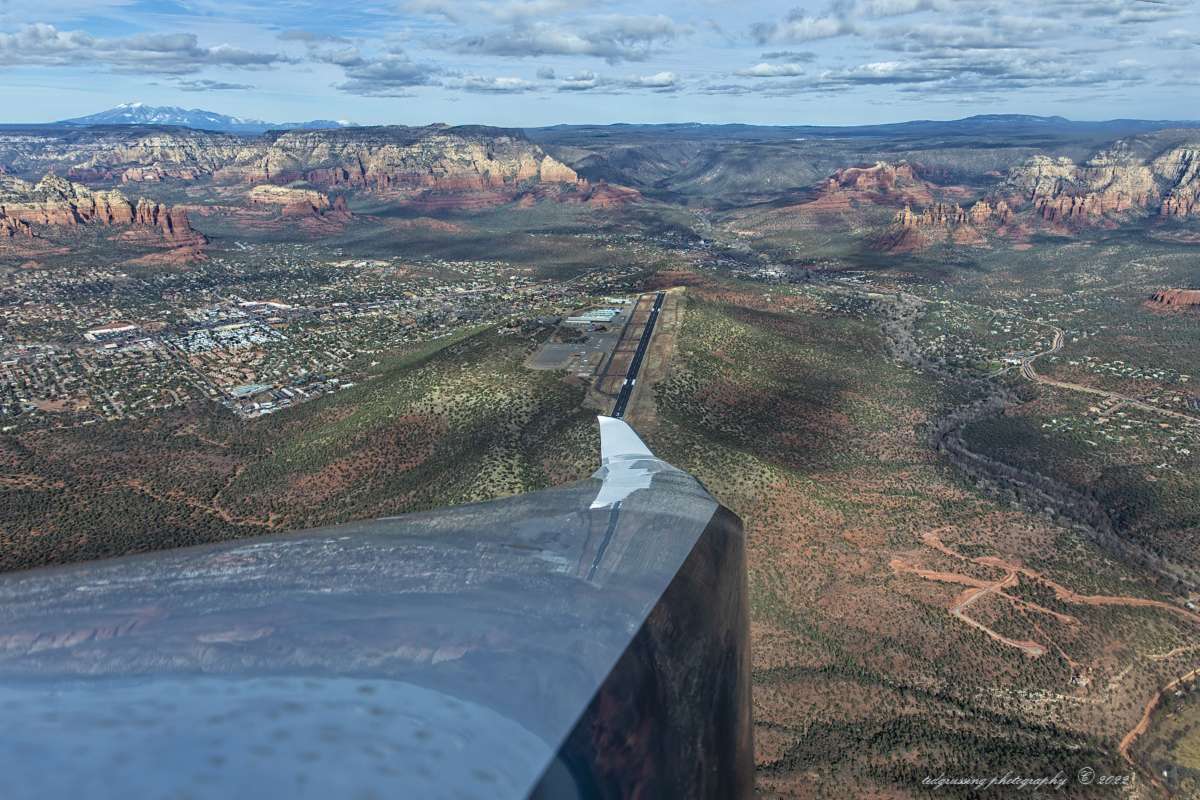 …. to close the week out we’ll tale a look at two aviators returning to where their flights originated … for me it was a return to KSEZ after a photo flight up to the San Francisco Peaks and the volcanic field after a snow storm and for the Red Tail Hawk it was a return to the perch from which he had originated a successful hunting flight … first he stopped to dine on his kill perched on top of a Saguaro cactus and then the return to the perch to look for more delicacies roving the desert waiting to be selected … me? I just put around 5 gallons of av gas in the left wing tank. My flights are powered 100 octane av gas and my feathered friend runs on rodents, rabbits and whatever else is out there for him. 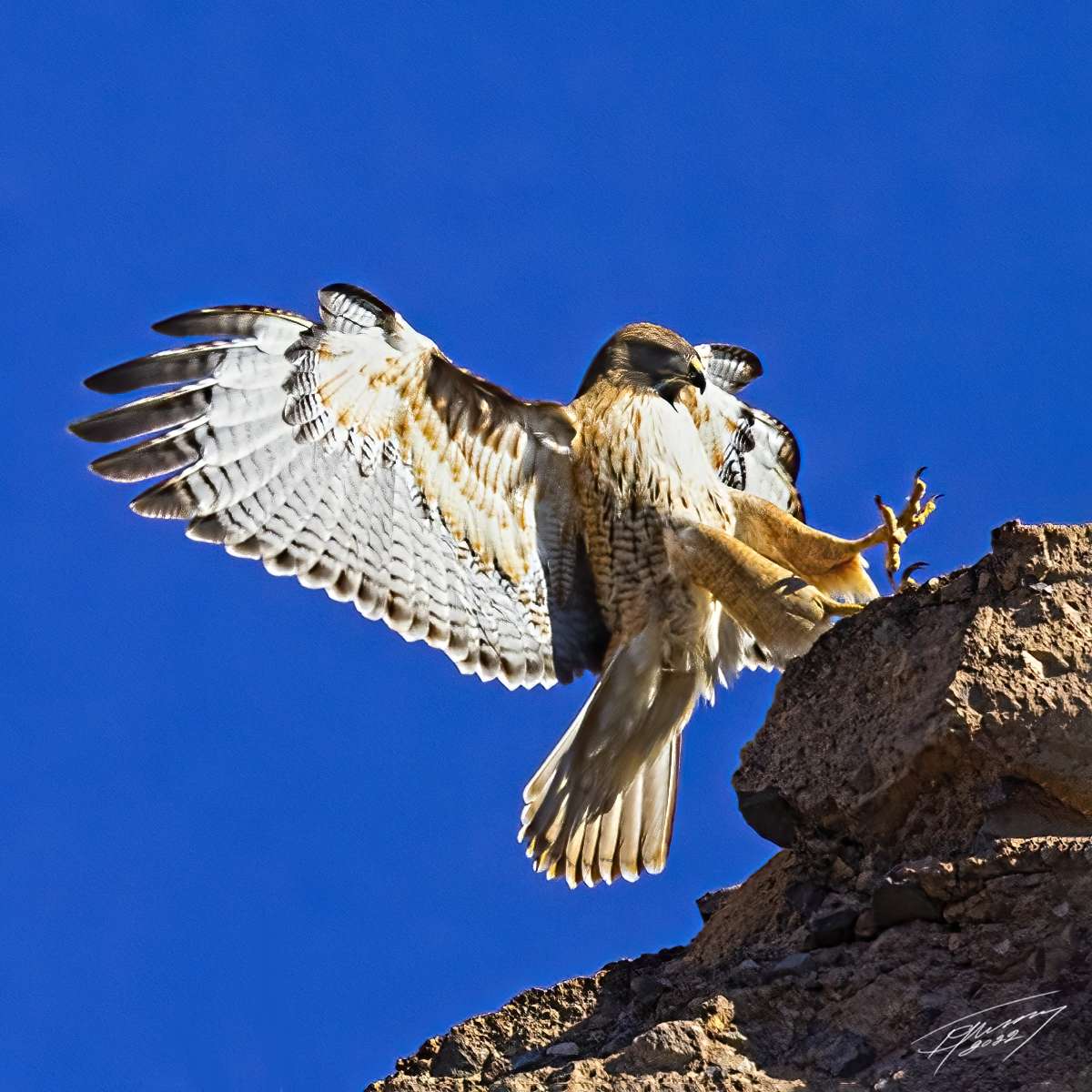 Once in a while I include my wings in a photo because I like the effect of the reflections on highly polished glass wings. I am at the south end of the airport and caught the reflection of the runway, west Sedona, the red .rocks and clouds on the wing. On the left side of the image you have west Sedona with SR 89A running through it on a diagonal … Safeway, Bashas and Whole Foods can be seen along the roadway. above the runway is Uptown and the entrance to Oak Creek Canyon which hangs a left going due north behind Wilson Mountain which is just left of the gap … Thunder Mountain is in the grouping on the far left side of the image. To the right of the gap are the Sedona Mittens and the beginning of Munds Mountain … Schnebly Hill road goes up between the formations on the right and the overlook is on the edge of the rim. From left on the horizon are the San Francisco Peaks, Mt. Elden and on the right side Mormon Mountain … the lake is right behind it. On the right side of the main part of the photo SR 179 heads north to join SR 89A almost directly above the runway … The chapel area is just off the photo on the right and on the left side of SR 179 across from the red rock on the right side of the image about a third of the way down from the top.

Today was an incredibly wonderful day in so many ways … and still here and breathing, that is the best! Into the weekend for me and if all goes well, back Monday morning … Smile and make someones day!

And since that waking, often I drink deep

The joy of dawn, and peace abides with me;

And though I know that I again shall see

More sure am I when lonely night shall flee,

At dawn the sun will bring good cheer to me.

excerpt from The Dawn by Max Ehrmann