Today’s Photo from Ted Grussing Photography: When You Want to Know, Ask a Pro 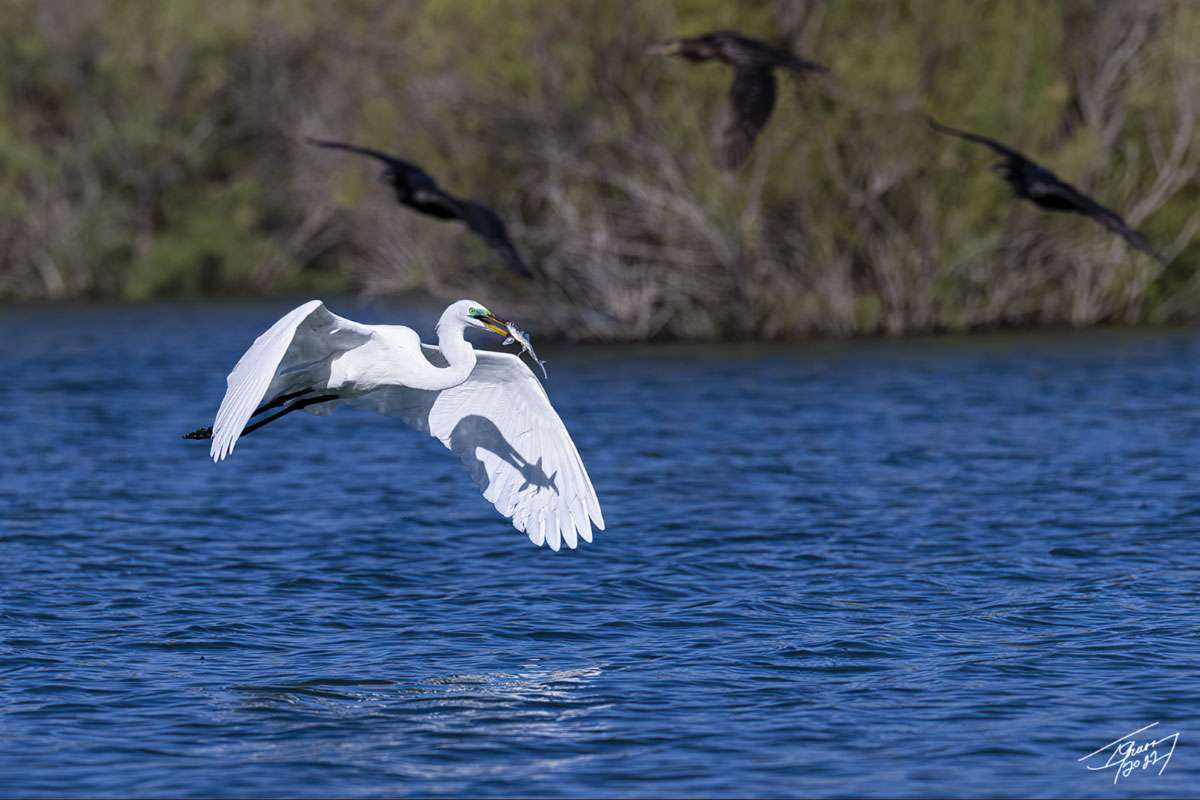 … we had the boat in the water before 6AM this morning (actually yesterday), and did a quick scouting tour of Castle Creek Bay and got a few nice shots before heading over to the NE side of the lake … we had no idea what was waiting for us! We were heading north in the bay and spotted a very large raft of Cormorants that were busy feeding on a school of fish near the surface of the lake. Within minutes they were joined by dozens of Great Blue Herons and dozens more Egrets who were all circling, swooping and dropping into the lake and spearing or grabbing fish and then lifting off from the surface and heading to shore to consume their meals.

We stayed with the feeding frenzy for about an hour … it moved up and down the bay as the fish were undoubtedly panicking and trying to escape the onslaught by hundreds of predators. The slaughter was still in progress when we left the bay for the next one where we got a Bald Eagle making his attack on a larger fish and going to shore to consume his food.

It appeared that the primary hunters were the Cormorants and as soon as they moved up or down the bay, they were followed by the herons and egrets. Normally you see herons and egrets wading in shallow waters and getting fish near their feet … not so today as the water they were dropping into averaged more than 40 feet in depth. I’m going to put a sequence together for Monday so you can see the beauty of the attack and precision with which it was done … want to know how to do something? Ask a pro and observe them in action!

I love the shot above because not only did I capture the egret in flight, but got his shadow with the fish splashed on his wing … three cormorants circling in behind him going in for another attack. Amazing harmony among the hunters with no one attempting to steal the catch of another. Food was plentiful!

Late afternoon, One and I were relaxing on the deck when a Coopers Hawk perched at the top of a pine tree … he was soon attacked by several crows and after a very close pass by a crow, he launched off the tree and dove for the safety of the thicket of trees in the arroyo … mayhem was on his mind. Notice how all birds maintain their heads level with the ground regardless of the angle of bank they are in … it keeps reference points constant. 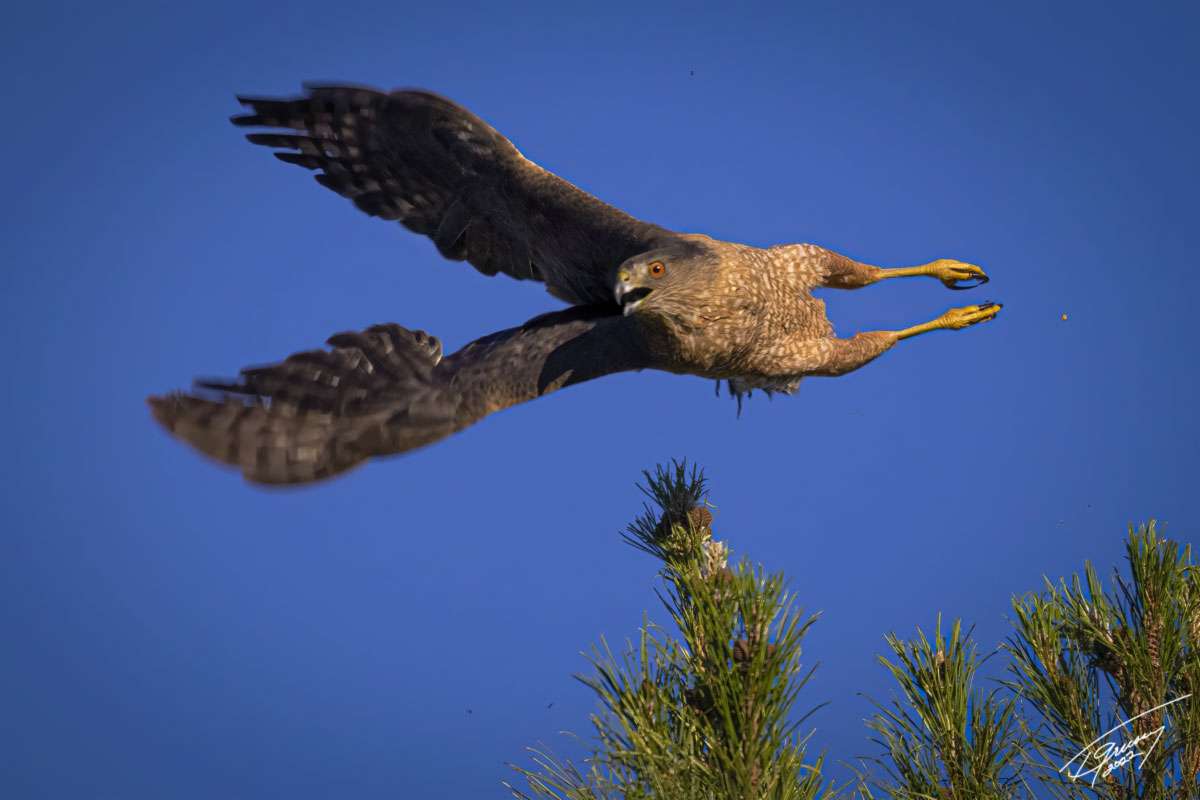 To say that this was one of the best shooting days I have ever had is an understatement! It was fantastic and thousands of photos to sort through to keep only the best.

Have a beautiful day and weekend … back Monday morning with the promised sequence of the heron … maybe more. Smile, keep breathing and soak up the beauty of this wonderful little planet we call home.

Give me a few friends who will

love me for what I am; and keep

ever burning before my vagrant steps

the kindly light of hope.

excerpt from A Prayer by Max Ehrmann