Today’s Photo from Ted Grussing Photography: Without Hesitation, a Double Shot of Blue 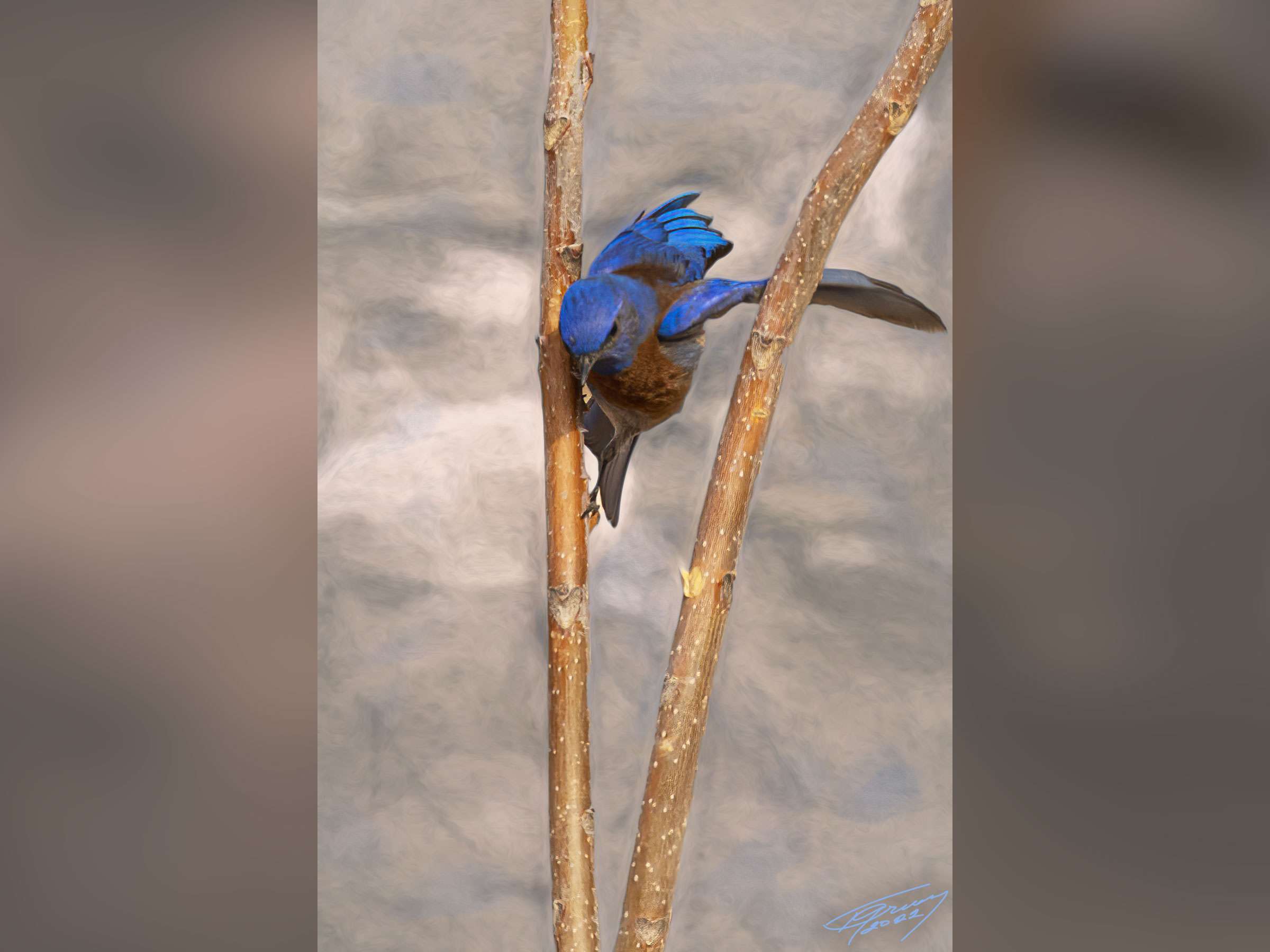 … time rummaging through older folders tonight and after working the top photo of a Western Bluebird up, I saw another shot of a Western Bluebird that I liked a lot too, so we have two of them tonight.The shot at the top is kind of neat as it shows our bluebird friend puching through the space between two forks of a branch with feet assisting and wings being compressed and folded back. The shot below is simply a beautiful bird, perched and allowing his beauty to be shared with you tonight. 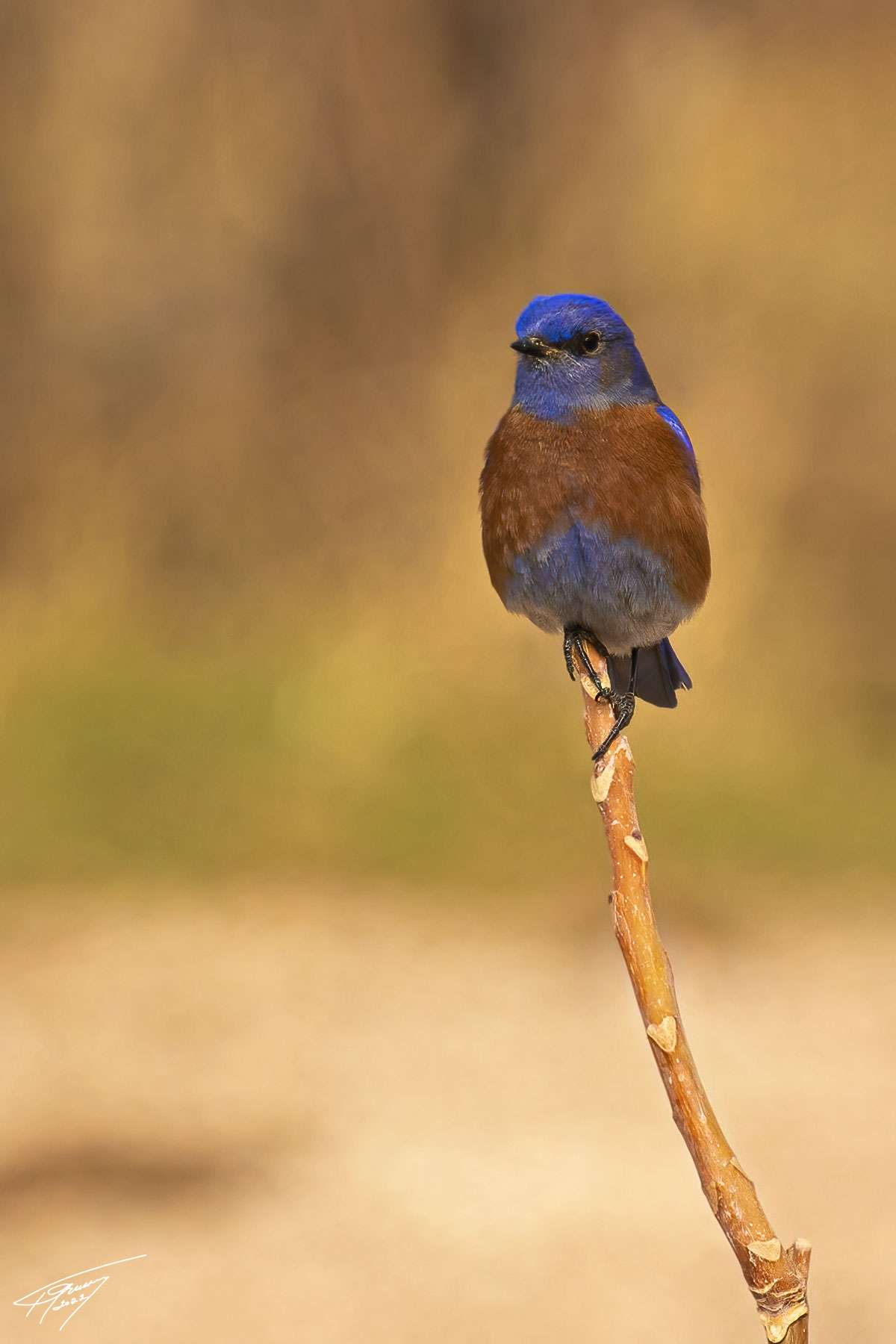 Also the well known fact that the birds are not even blue … there is no blue pigment in the feathers, rather the feather structure is such that when light hits the feathers, they absorb all other frequencies of light and refract blue color frequency back out. This is very similar to the manner in which you get play of color in opal where it is the size and spacing of the silica spheres that determine which wavelengths are filtered out and which are refracted back out.

I got the revised websites up and running. Network Solutions for some reason has blocked my static IP and that was about the last thing I would think of (actually it was) so I tried turning on my VPN which assigns me a random IP somewhere I choose and being different than my static number I was not blocked and immediately was able to connect to the server and upload the new site. Still a work in progress, but adding two or more photos to the store every week now and featuring a page with the latest additions.

Another beautiful week underway … you can make it so, you know, because only you decide how you are going to react to whatever transpires in your day, moment by moment. I like to choose responses that leave me with a smile on my face and to avoid those who would rather I did not.

Keep breathing and smile … we are here!

Though I know I shall sometime no more open

my eyes to the night or the day,

I am one who looks at the stars when unchained from

the work-bench at nightfall.

They are a sign that I am not ephemeral, nor you, nor

you, whoever you are.

The dawn comes and the dark and the sign sparkling

in the brooding night forever and forever.

At Nightfall, by Max Ehrmann