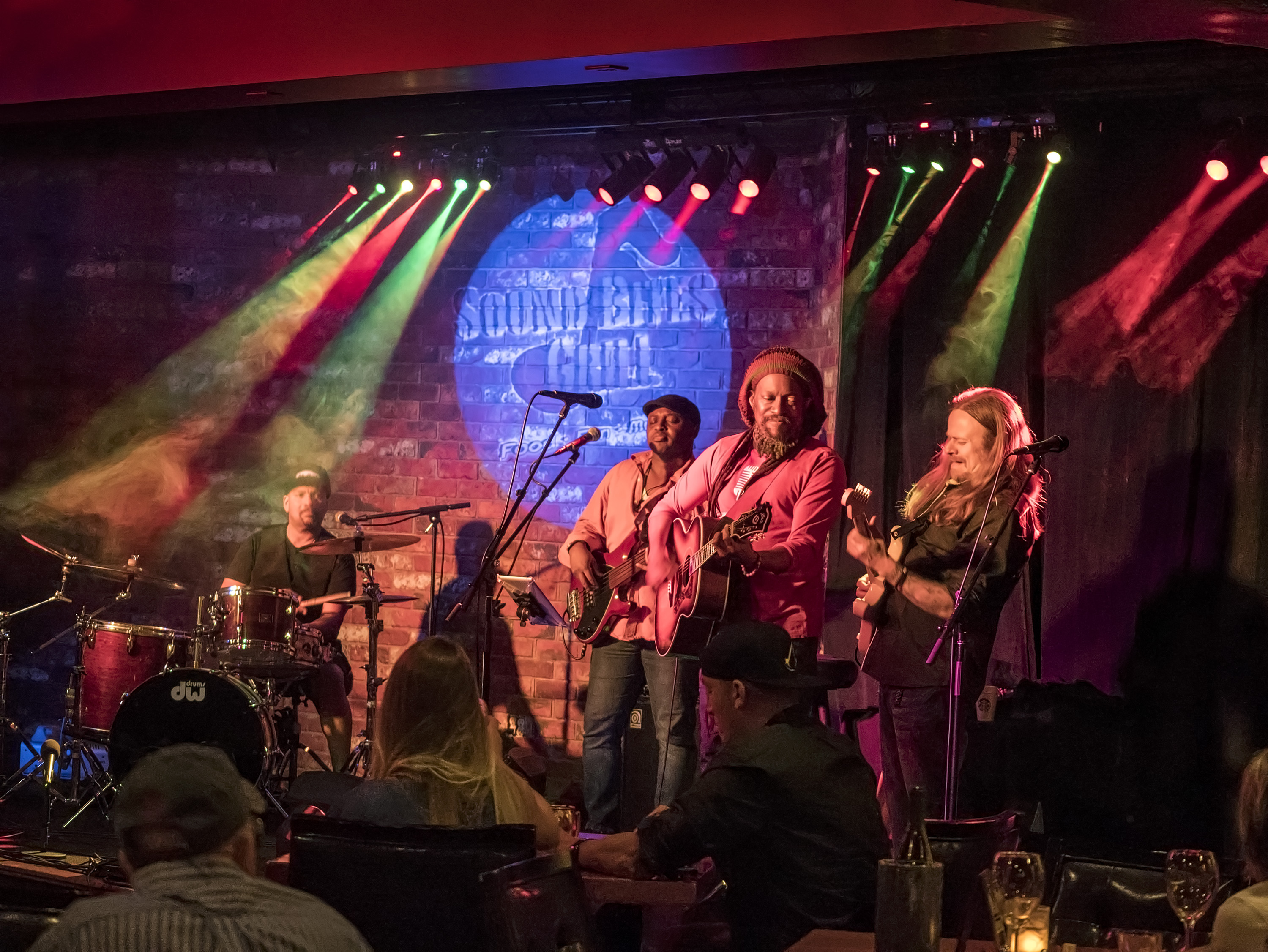 Having started as a street musician and working his way up to world tours, Walt Richardson has quite a history in Arizona. With Tempe as his home base, Richardson celebrates his love for the city through his music. On his 60th birthday in 2014, Tempe declared January 18th to be ‘Walt Richardson Day’, and he was the first artist enshrined on the Tempe Music Walk of fame.

Influenced by exceptional artists such as The Beatles; Bob Marley; Carlos Santana; Cat Stevens; Jimi Hendrix, and Bob Dylan – Walt Richardson is a multi-faceted; self-taught musician. Starting his love affair with the guitar at age nine, his music evolved over the years, developing into his own spin of Folk, Rock and Reggae – with African and Latin influences – now referred to as, ‘World Reggae Folk’.

“I am a soul, living out and enjoying life as a songwriting, storytelling, and performing musician…” – Walt Richardson

Through music and travelling, Richardson has had the opportunity to meet great artists like Burning Spear; Taj Mahal and Carlos Santana, to name a few. He has shared the stage with bands including Third World and Ziggy Marley. A longtime fixture of the local music scene – from backyard house parties to coffee houses, wine bars to night clubs, and concert stages – they all resonate with this energetic, multi-talented musician.

“It is an incredible feeling to be able to fill the air with music, and be part of its marvelous effect on people…” – Walt Richardson

No doubt, Walt Richardson’s performance at Sound Bites Grill Sedona will get you on the dance floor! He will be performing with Gigi Gonaway (drummer for Mariah Carey, Steve Winwood, Aretha Franklin), Drew Hall (guitarist for The Cheektones, and formerly with Big Daddy D and the Dynamites), and Marcus Weeden (bassist with Blaine Long – The Voice).

The band has played together for many years and all have great bios. Drew Hall who is the ambassador and organizer for the band, also plays in a great band named ‘Summa Totius’ that has a Latin Rock flare.

This is a ticketed event, and admission for the show starts @$20. You may order off the dinner menu, or just enjoy cocktails and dancing! It is suggested to make dinner reservations in advance by calling (928) 282-2713, and then your seat is yours for the evening!

Sound Bites Grill Sedona is Arizona’s Premier Entertainment Restaurant and offers a variety of live music 5 nights a week! Located at The Shops at Pinion Pointe – 101 N. Route 89A in uptown Sedona (next to the Hyatt)

For tickets and further information, call (928) 282-2713 or purchase tickets on our website at www.SoundBitesGrill.com. See you on the dancefloor!