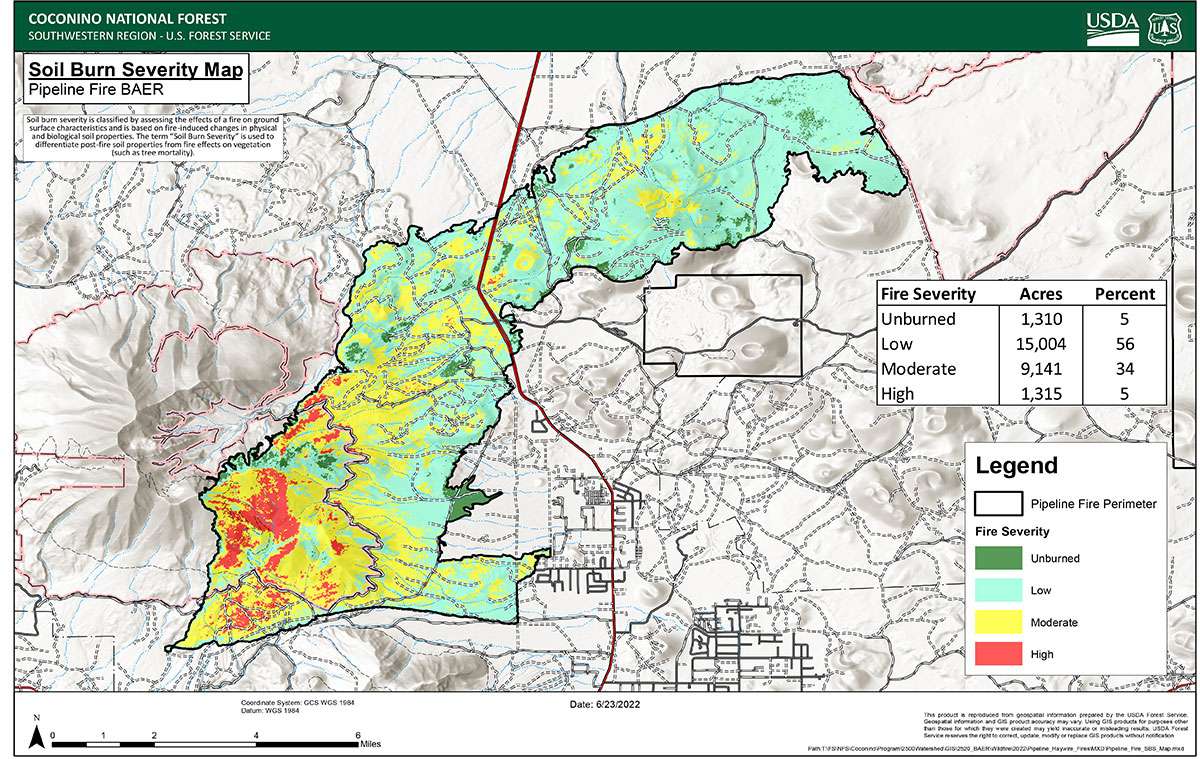 Changes to these soil properties determine the degree of soil burn severity. Water repellency often occurs naturally in soils, and it changes as a function of fire. It is frequently discussed as a post-fire effect. Fire can increase the strength and thickness (or depth) of water repellent layers in soil, considerably affecting post-fire water runoff and possibly extending time for recovery of the burned area.

The Pipeline BAER team used remote sensing imagery with field-validated soils data to produce the final SBS map. The BAER team will use the SBS map as an analysis tool to estimate post-fire erosion with subsequent sediment delivery, stream flows and debris flow probabilities. The map is also being shared with cooperating agencies.

As a reminder, the Coconino National Forest has instituted a Forest Closure Order for the area affected by the Pipeline Fire.