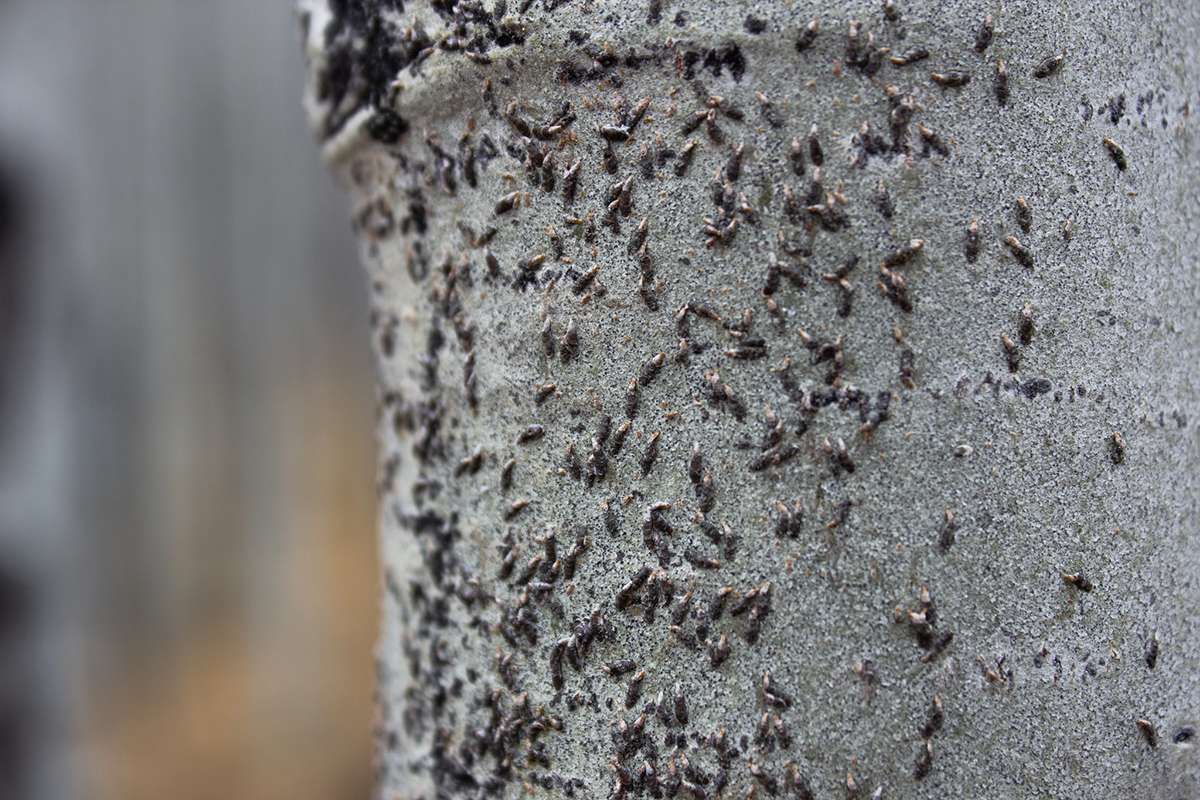 Foresters and researchers have been collaborating over the last two year to further understand the effects of oystershell scale (OSS), an emerging and invasive insect killing quaking aspen and other softwood trees throughout the country.

Coconino National Forest has been working closely with faculty at the Northern Arizona University’s School of Forestry to mitigate loss and better understand this new threat. OSS is commonly found in commercial or residential neighborhoods throughout Arizona and has expanded to forested areas at an alarming rate over the last several years.

The scale, sometimes referred to as mussel scale, is a leading global threat to forest sustainability. A regional survey conducted by NAU found that OSS is widespread in lower elevation aspen stands throughout forested areas of the Coconino National Forest above Mogollon Rim.

Researchers believe this effect is due to a combination of climate change and the species’ unique nature. Host plants are injured by this scale insect when it removes plant fluid with its piercing-sucking mouthparts, eventually encrusting and ultimately killing the host tree.

The waxy cover of mature OSS is about 2.5 mm long and greyish brown, resembling a miniature oyster shell. The armored scale develops on the bark of host plants and has specific life stages: from egg to “crawler” and eventual scale.

In the crawler stage, this insect is pale yellow and less than one millimeter long. OSS eggs hatch in late spring or early summer, varying throughout the western U.S. from May to early July. In northern Arizona, eggs have been observed hatching from June to August, which then become “crawlers” that disperse on a host to establish a feeding site and develop a waxy outer shell for protection. Due to the stationery nature of most life stages, researchers believe underlying winds carry the insects to their hosts.

Invasive forest pests have caused the unprecedented decline of numerous tree species worldwide. Within the U.S., this includes the near extinction of American chestnut, mortality of ash species, and five-needle pines die off. The Forest Service and its partners are vigorously working to better understand and mitigate these pests.