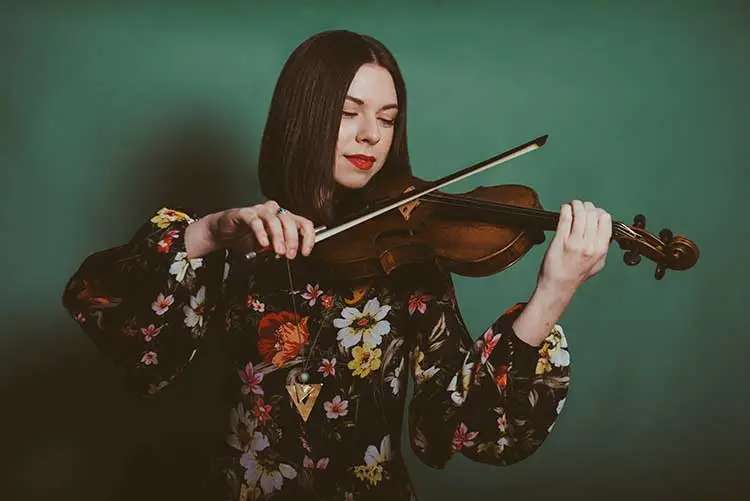 Praised for her astounding range of sounds, technical agility and musical elegance, boundary-crossing violinist Tessa Lark has appeared alongside numerous orchestras and at prominent festivals and recital venues since making her concerto debut with the Cincinnati Symphony Orchestra at age 16. She has earned several coveted awards, including a 2020 Grammy nomination in the Best Classical Instrumental Solo category and a 2016 Avery Fisher Career Grant. In 2019, Lark released her solo debut album, “Fantasy,” which features her own “Appalachian Fantasy” and a variety of classic works in fantasia form. She has been featured on other recordings, including the Grammy-nominated “SKY,” whose title selection is a bluegrass-inspired violin concerto written for her by Michael Torke. A graduate of New England Conservatory with an artist diploma from The Juilliard School, Lark is also an acclaimed fiddler in the tradition of her native Kentucky.

Described by The New York Times as “one of the brightest…stars of the guitar,” legendary jazz guitarist Frank Vignola is renowned for his jaw-dropping technique and stunning virtuosity. Vignola has earned a reputation as the guitarist of choice for many of the world’s top musicians, including Ringo Starr, Madonna, Donald Fagen, John Lewis, Wynton Marsalis, Tommy Emmanuel, the Boston Pops, the New York Pops, and Les Paul, who named Vignola to his “Five Most Admired Guitarists List” for the Wall Street Journal. In addition to countless performances in some of the world’s most illustrious venues, Vignola has recorded over 30 CDs as a leader, and has been a guest on hundreds of recordings. He has also written over 18 educational music books and produced numerous full-length video teaching courses for guitarists of all levels.

An unusually versatile musician, Teddy Abrams serves as the widely acclaimed Music Director of the Louisville Orchestra and the Music Director and Conductor of the Britt Festival Orchestra. A tireless advocate for the power of music, Abrams has fostered interdisciplinary collaborations with various cultural organizations nationwide. From guest conducting roles with prominent orchestras around the world to his rap-opera, “The Greatest: Muhammad Ali” – a celebration of Louisville’s hometown hero that premiered with an all-star cast in 2017 – Abrams’ talents span a diverse array of genres. He is also an accomplished pianist and clarinetist who has appeared as a soloist with numerous orchestras and has performed chamber music with the St. Petersburg String Quartet, Menahem Pressler and more, in addition to annual appearances at the Olympic Music Festival. Known for his dedication to exploring new and engaging ways to communicate with a broad range of audiences, Abrams is also an award-winning composer and passionate educator.

Chamber Music Sedona is excited to present these three extraordinary artists as they perform the works of Grieg, Kreisler, Gershwin, Thelonious Monk, Herbie Hancock and other icons. Tickets for “Unbound” are $40 for adults and $15 for students aged 13-21 with ID. Admission is free for children 12 and under. Reserved seating is available for $60 per ticket. To learn more and purchase tickets, visit https://chambermusicsedona.org/2022-unbound/.