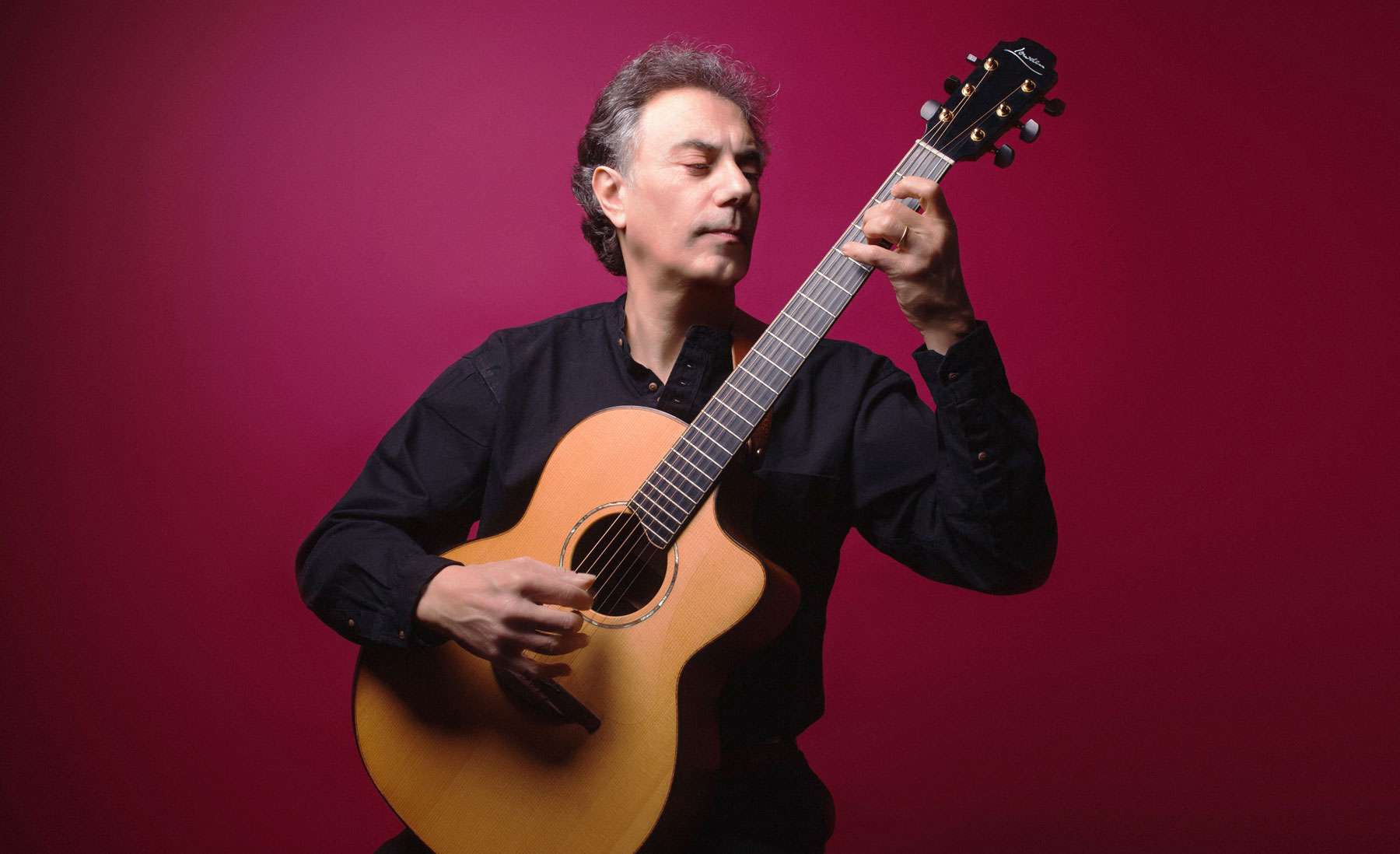 French-Algerian acoustic guitar virtuoso, vocalist and composer Pierre Bensusan has taken his unique sound to all corners of the globe. And now, after 3,000 concerts around the world, he is making a Sedona stop on his world tour Saturday, April 9 at 7 p.m. at the Mary D. Fisher Theatre, presented by the Sedona International Film Festival.

Winner of the Independent Music Award for his triple live album “Encore”, voted Best World Music Guitarist by Guitar Player Magazine reader’s Poll, winner of the Rose d’Or at the Montreux Festival for his debut album, Pierre is recognized as one of the greatest guitar players of the 21st century.

Born in Oran, French-Algeria, in 1957, when France was decolonizing its Empire, Pierre Bensusan’s family moved to Paris when he was 4. He began formal studies on piano at the age of 7 and at 11 taught himself guitar. Influenced in those early days by the folk revival blooming in Britain, France and North America, Bensusan began first to explore his own diverse musical heritage and then moved to the horizons beyond. He signed his first recording contract at 17, and one year later his first album, “Près de Paris”, won the Grand Prix du Disque upon his debut at the Montreux Festival in Switzerland.

Described by the L.A. Times as “one of the most unique and brilliant acoustic guitar veterans in the world music scene today”, Pierre’s name became synonymous with contemporary acoustic guitar genius, long before the terms New Age or World Music were invented. He has literally created a style of playing with the ability to make a single guitar sound like an entire band as he brings the audience on a mesmerizing musical journey. And yet, Bensusan is more than what any musician or music lover expects from a guitarist. He is a composer as well as a bilingual and original and improvisational vocalist, with his own scat technique.

Immortalized by the tune “Bensusan” written in tribute by the late Michael Hedges, and referenced as an important inspiration to many other great musicians, Pierre Bensusan is a one-of-a-kind artist whose music transcends genre and time, with an uninhibited sense of musical freedom and expression, a sense of something both playful and serious, otherworldly yet right here right now. His “manner” of playing defies classification – crossing world, classical, jazz, traditional, folk, pop and more. None can be isolated as simply “World Music”, “Celtic”, “Arabic” or “French”; rather, they represent Pierre’s genuine vocabulary and the best part of our world in its current state, a world sharing itself. Not to be missed!

For more information on Pierre Bensusan and to see videos of his performances and listen to his music, please visit www.PierreBensusan.com.

Pierre Bensusan performs live in concert on Saturday, April 9 at 7 p.m. Tickets are $25 in advance or $30 at the door. All tickets include a meet-and-greet with Pierre in the lobby after the show.