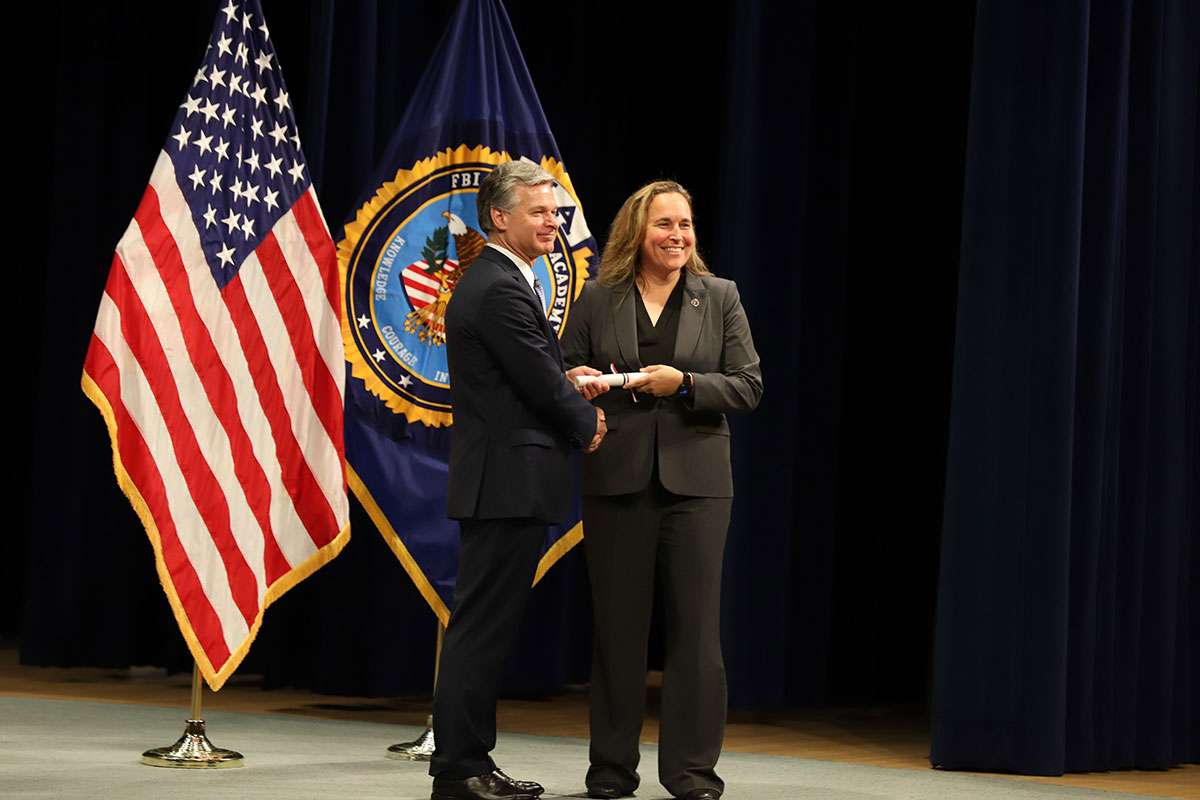 Two hundred and fifty-four law enforcement officers, including the city of Sedona’s very own Deputy Chief Stephanie Foley, graduated on June 9, 2022 from the FBI National Academy in Quantico, Va. The 282nd session consisted of men and women from 47 states and included members of law enforcement agencies from 26 countries, four military organizations and nine federal civilian organizations.

Internationally known for its academic excellence, the National Academy offers 10-weeks of advanced communications, leadership and fitness training. Participants must have proven records as professionals within their agency to attend. On average, these officers have 21 years of law enforcement experience and usually return to their agencies to serve in executive-level positions.

Serving the Sedona Police Department since 2005, Foley was promoted in July 2021 from Police Lieutenant to Deputy Chief of Police. She was also named as the Employee of the Year in June of 2016.

“This opportunity was a once in a lifetime experience that I will cherish throughout my years. I’m thankful for my city and department that allowed me the time to be away and the people who helped fill in during my absence. I’m looking forward to giving back,” said Foley.

FBI Academy instructors, special agents and other staff with advanced degrees provided the training; many instructors are recognized internationally in their fields. Since 1972, National Academy students have been able to earn undergraduate and graduate credits from the University of Virginia, which accredits many of the courses offered.

A total of 53,435 graduates have completed the FMI National Academy since it began in 1935. The National Academy is held at the FBI Training Academy in Quantico, the same facility where the FBI trains its new special agents and intelligence analysts.

Learn more about the city of Sedona Police Department at www.sedonaaz.gov/police.