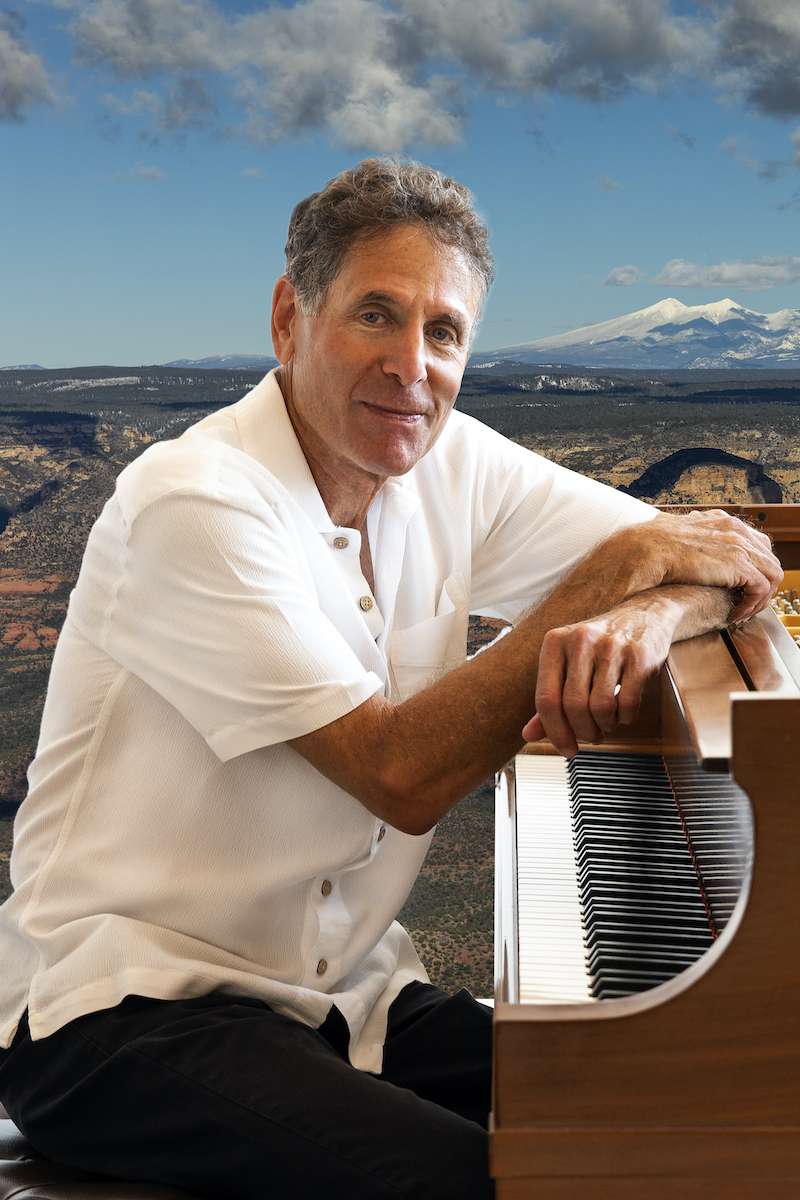 With eight years under his belt performing in and around Sedona, writing and recording 41 albums throughout his career of which 35 are solo albums of his own compositions, Landon is finally saying goodbye to Sedona as he heads for more peaceful and greener pastures.

“I have so much appreciation for the people and the experience of living in Sedona, said the former New York native who came to Sedona almost a decade ago. “It’s been a great eight-year run here. Right now, I’m looking for acreage, a place to live where I can kick back and live out the third chapter of my life in a peaceful and quiet environment.”

He will be joined by two of Sedona’s finest musicians: Eddie Barattini on drums and Troy Perkins on bass.

Landon reflected on his long career in music.

“It’s definitely not a straight career path,” he said. “I’ve been playing piano for 65 years and professionally for 55 years,” he said. “I tell people I suffered for 58 years and the past 11 years have been off-the-charts amazing.”

Landon thanks his lucky stars for a lifetime of performance, writing and recording.

“I am one of the luckiest musicians on the planet and I know it,” he said. I am grateful beyond words. When creative music calls it’s something one is compelled to do no matter what. The Universe conspired to give me a break and I am so grateful.”

Don’t miss this grand finale to a wonderful life of music well played at Sound Bites Grill this coming weekend.