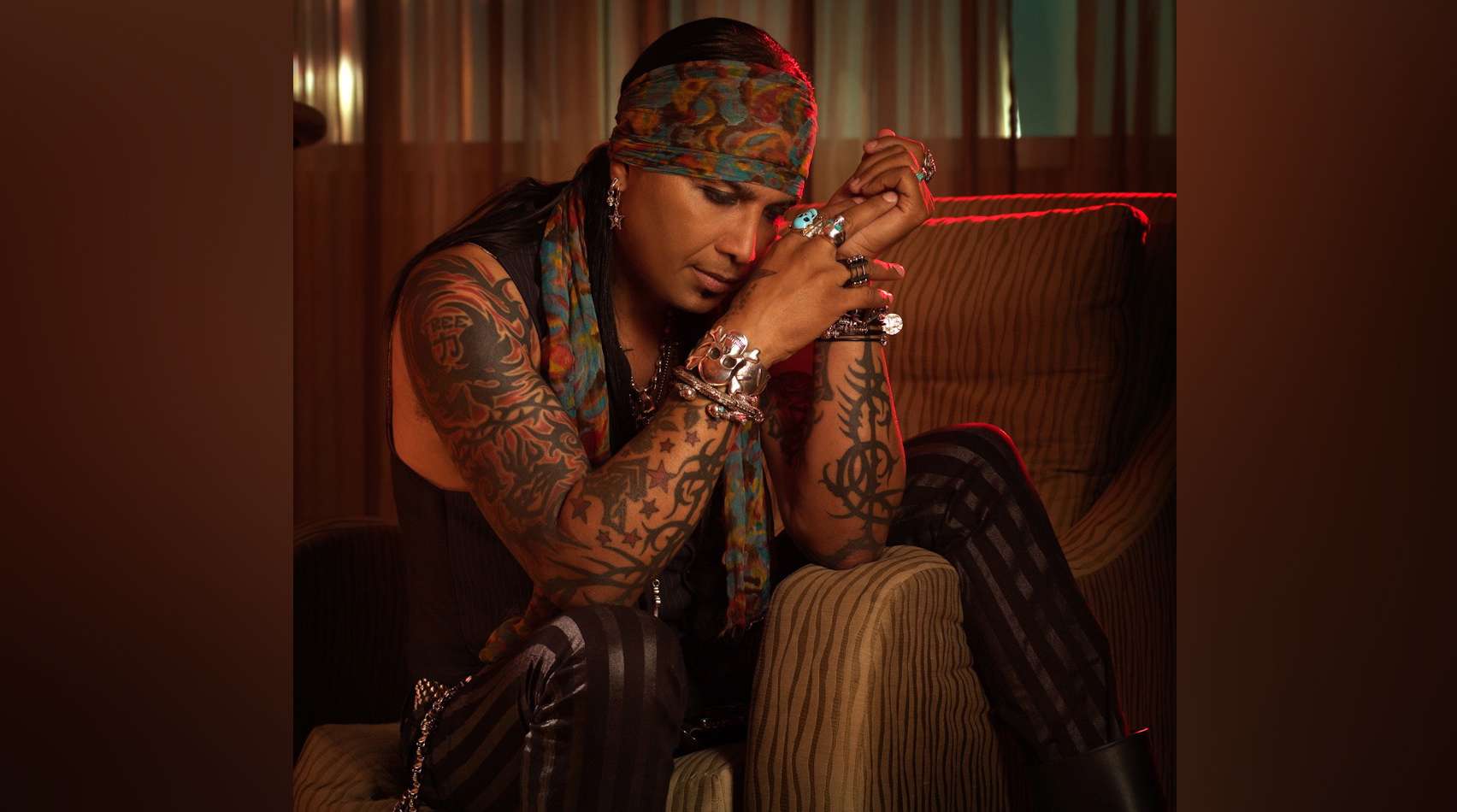 The Old Town Center for the Arts is pleased to announce a special appearance of GRAMMY® and five-time Native American Music Award winner Micki Free, opening for the Sedona Film Fest showing of “Jimi Hendrix Live at Maui”, Monday February 7, at 7:00 PM.

Micki Free and band will play a couple of Jimi Hendrix classics – ‘All Along the Watchtower’ and ‘Voodoo Chile’ to get the audience in the mood to watch the dazzling rock-umentary “Jimi Hendrix Live at Maui. You can check out Micki playing Voodoo Chile at Hyde Park in London, to a crowd of over 30,000 folks, on this youtube clip:

SIFF Director Patrick Schweiss and I talked about this kind of ‘special event’ planning, combining live performance with film. It will be an exciting evening! OTCA Co-Director William Eaton commented.

Micki’s appearance at OTCA coincides with the release of his new album “Turquoise Blue” that drops next week. The album contains a few Hendrix classics. Clarkdale singer-songwriter vocalist Kim Maney will join Micki for this performance, with a new release of her own entitled “Echoes in the Room.” Micki co-wrote the lead song for this album with Kim.

Micki said this about his new album project, “I wrote my new album “Turquoise Blue” at the start of the pandemic in 2020. It has a few of my friends on it as well; Gary Clark Jr., Santana Band featuring my sister and drummer Cindy Blackman-Santana, Steve Stevens of Billy Idol and blues prodigy Christone Kingfish Ingram. It’s blues-rock in the style of Jimi Hendrix, Stevie Ray Vaughan and other blues-rock greats”.

When Micki Free picked up the guitar for the first time as a young teenager after seeing Jimi Hendrix play live in Germany, he set a multi-faceted course with musical destiny that would alternately embrace and conquer the distinct worlds of rock and roll, pop/R&B and – drawing inspiration from his heritage as a mixed blood Cherokee/Comanche – Native American flute music. Over the past four decades, the GRAMMY® Award winner and five-time Native American Music Award winner’s eclectic muse has inspired him to find an artful cultural balance between the rock world and new age music as a renowned guitarist and flutist.

Free became well-known to a younger audience in 2004, when his manner of dress and appearance during the late ’80s (and that of Prince) was parodied by Dave Chappell in his Chappell’s Show sketch “Charlie Murphy’s True Hollywood Stories: Prince: Uncensored.” The skit is included in many “Top 10 Best” comedy lists, and according to BILLBOARD (4/25/16) it was viewed over 600,000 within days of Prince’s passing, generating interview requests and new interest in the long-term friendship between Free and Prince.

Discovered by Gene Simmons when his Illinois based band Smokehouse opened for KISS, Ted Nugent and REO Speedwagon, Free joined funk-soul group Shalamar in 1984, the year they reached the Top 20.

Mysterium Music, renowned for the label’s unique, high-quality, award-winning meditation and relaxation music welcomed GRAMMY® Award winner Micki Free to the label for the release of his next Native American flute album titled The Native American Flute as Therapy in August 2016. The album, incorporated a unique blend of flute, spoken word and instrumentals, designed to promote relaxation and enlightenment.

Free’s next project was the latest addition to an instrumental music catalog that included The Sun Chase, Free’s first love song flute CD written about his trials, hopes and loves through his travels on Native American Flutes; Sedona Free, written about the “sacred spiritual red earth” and Native American ancestors/peoples of Sedona, Arizona; and Comanche, which he dedicated to his family and the Comanche tribe.

In 2016, Free took a break from collaborating on the recording with producer/keyboardist Paul Brown in Nashville; he made a live guest appearance in Carlos Santana’s Las Vegas Show, recorded an interview for VladTV in Los Angeles, and attended MIDEM in France to establish international touring and distribution for both his Native American music and his Blues/Rock Band, American Horse. In 2017 Micki released Micki Free Tattoo Burn Redux on Mysterium Blues Records.

Free was invited to appear as part of an all-star cast of Native American musicians, known as Native Rocks, at the American Indian Inaugural Ball in Arlington Virginia, on the occasion of president Barack Obama’s inauguration. He performed with Native Rocks at a related event at the Hard Rock Cafe prior to performing at the Inaugural Ball.

Micki Free’s latest album is Turquoise Blue, and will debut this month. Come hear this Grammy and Native American Music Award Winner, as he opens for the film “Jimi Hendrix: Live at Maui”.

“Jimi Hendrix: Live at Maui” will show at the Old Town Center for the Arts on Monday, Feb. 7 at 7 p.m. Tickets are $12 general admission and $9.00 for Film Festival members and $10 for students. Movie concessions will be available, including beer, wine, soft drinks, water, popcorn and a selection of movie candy. Ticketsare available online at www.sedonafilmfestival.com.