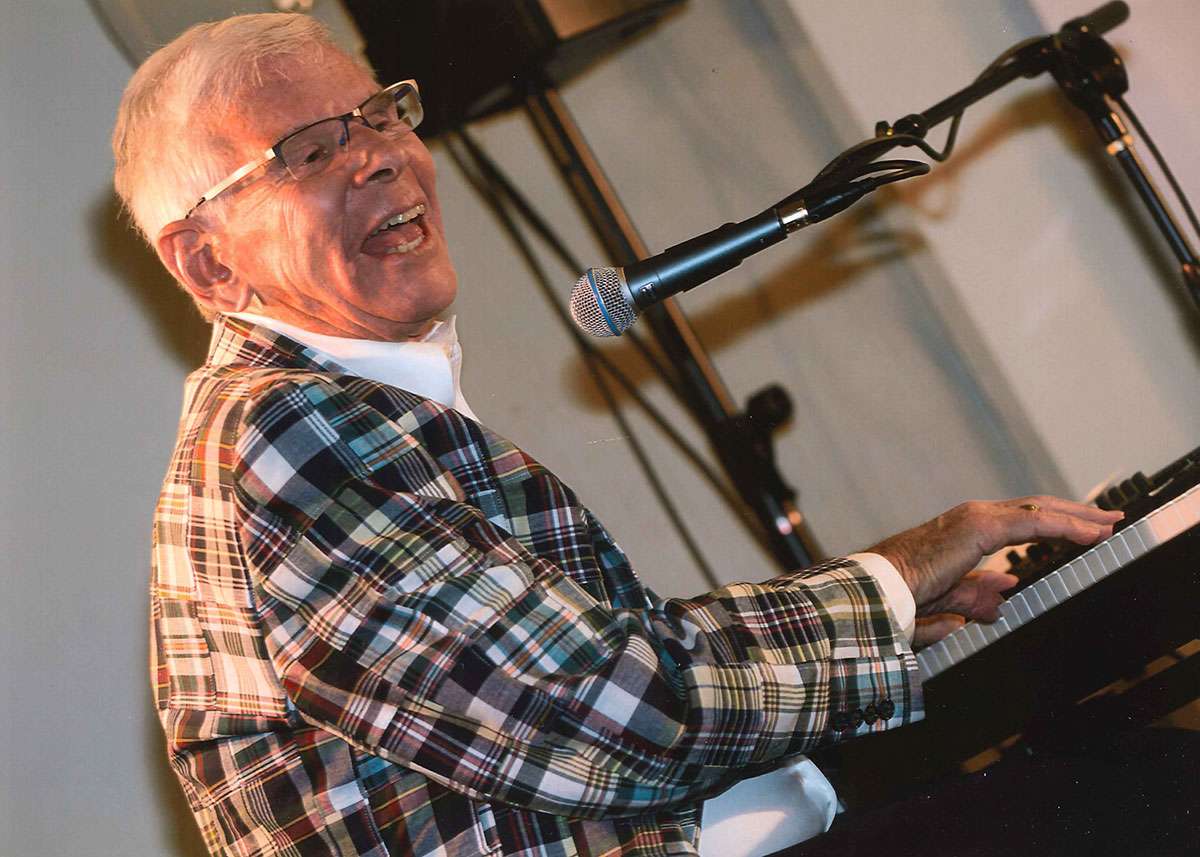 Renowned entertainer, Aspen Hall of Famer and former owner of the Crystal Palace Restaurant in Aspen, Colorado, Mead Metcalf — “The Music Man” — is performing his evening of song and satire one night only: Monday, April 18 at 7 p.m. at the Mary D. Fisher Theatre in West Sedona — in celebration of his 90th birthday!

For five decades, the Crystal Palace was known for cutting-edge political and social satire. Metcalf is planning on bringing a little of that and a whole lot of music to this very special show in Sedona.

Metcalf’s show will feature his trademark political satire interspersed with songs by Stephen Sondheim and Noel Coward, with a little Tom Lehrer thrown in. He will be joined on stage by three special guests from his Crystal Palace shows: Suzi Sanderson, Kathy Pelowski and Judy Shey Comstock.

Suzi Sanderson sang and danced at the Crystal Palace for 10 years during the “70’s and returned in 1981 for an “Oldies” show at Mead’s newest venture, The Gran Finale. She sang a song about Jimmy Carter wondering “what the hell he was smiling about with all the crime and corruption?”. President Carter was in the audience, and he loved it!

Kathy Pelowski performed at the Crystal Palace over a span of 24 years and they were some of the best years of her life. It was such fun and a wonderful place to work and felt like a second home for her and her son, the love of her life.

Judy Shey Comstock studied music at UC Boulder, Circle in the Square Theater School, Aspen Music Festival and School, the Goethe Institute Berlin, and Mannes College of Music. Judy shared her talents at the Crystal Palace during the “90’s. Upcoming performances include Signora Naccarelli in the 2022 Central City Opera production of “The Light in the Piazza”.

Metcalf opened the Crystal Palace in downtown Aspen, Colorado in summer of 1957 in the small Mother Lode Building and moved next door to the corner of Hyman and Monarch Streets in 1960. In this building, he created a horseshoe balcony, hung an entire wall of stained glass, added back-lighting for atmosphere along with three large 9-foot crystal chandeliers from New Orleans. And that is how his show began.

“Mead Metcalf: An Evening of Song and Satire” takes the stage at the Mary D. Fisher Theatre on Monday, April 18 at 7 p.m. Tickets for the show are $15 general admission and $13 for film festival members. All tickets include a meet-and-greet with Metcalf in the lobby after the show.