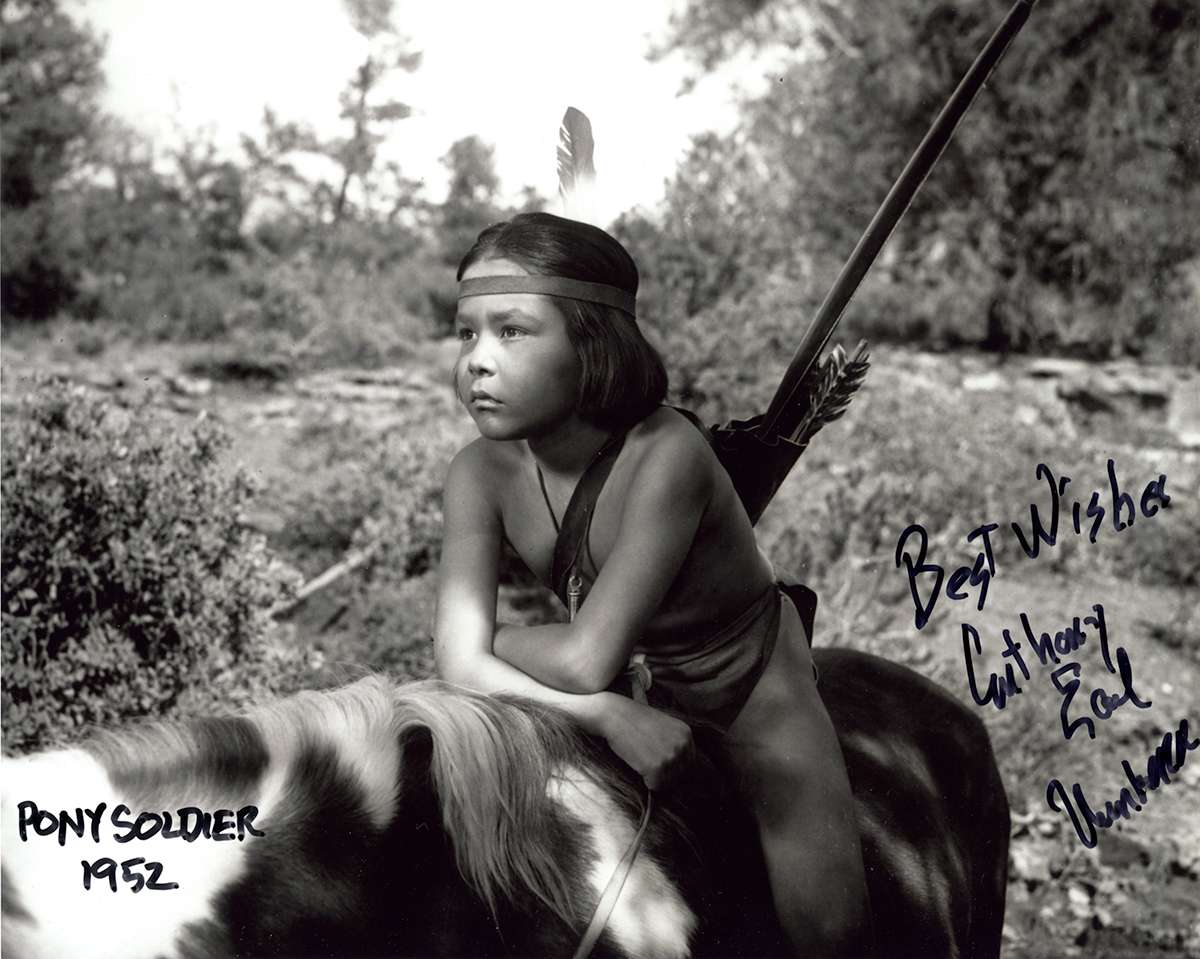 The Sedona Historical Society announces that tickets remain for their screening of vintage western film, ‘Pony Soldier’, on Sunday, February 6 at the Mary D. Fisher Theatre. The film starring Hollywood matinee idol Tyrone Power was made in Sedona 70 years ago. Doors open at 3:00 p.m.

The program includes a pre-film discussion with behind-the-scenes stories about how the studio disguised Sedona’s red rock to double as the Canadian Rockies, and other back stories.

After the film, Anthony Numkena, the child co-star from the film, will join emcee John Conway on stage to share his memories of making the movie in Sedona as a nine-year old working with some of Hollywood’s greatest actors!

Tickets are $20 each, and are available at sedonafilmfestival.com. SWAG bags and door prizes are included. This screening will show in the Mary D. Fisher Theatre, thanks to the Sedona International Film Festival.

This event is a fund-raiser for the Society’s historic Schuerman Homestead House restoration project.