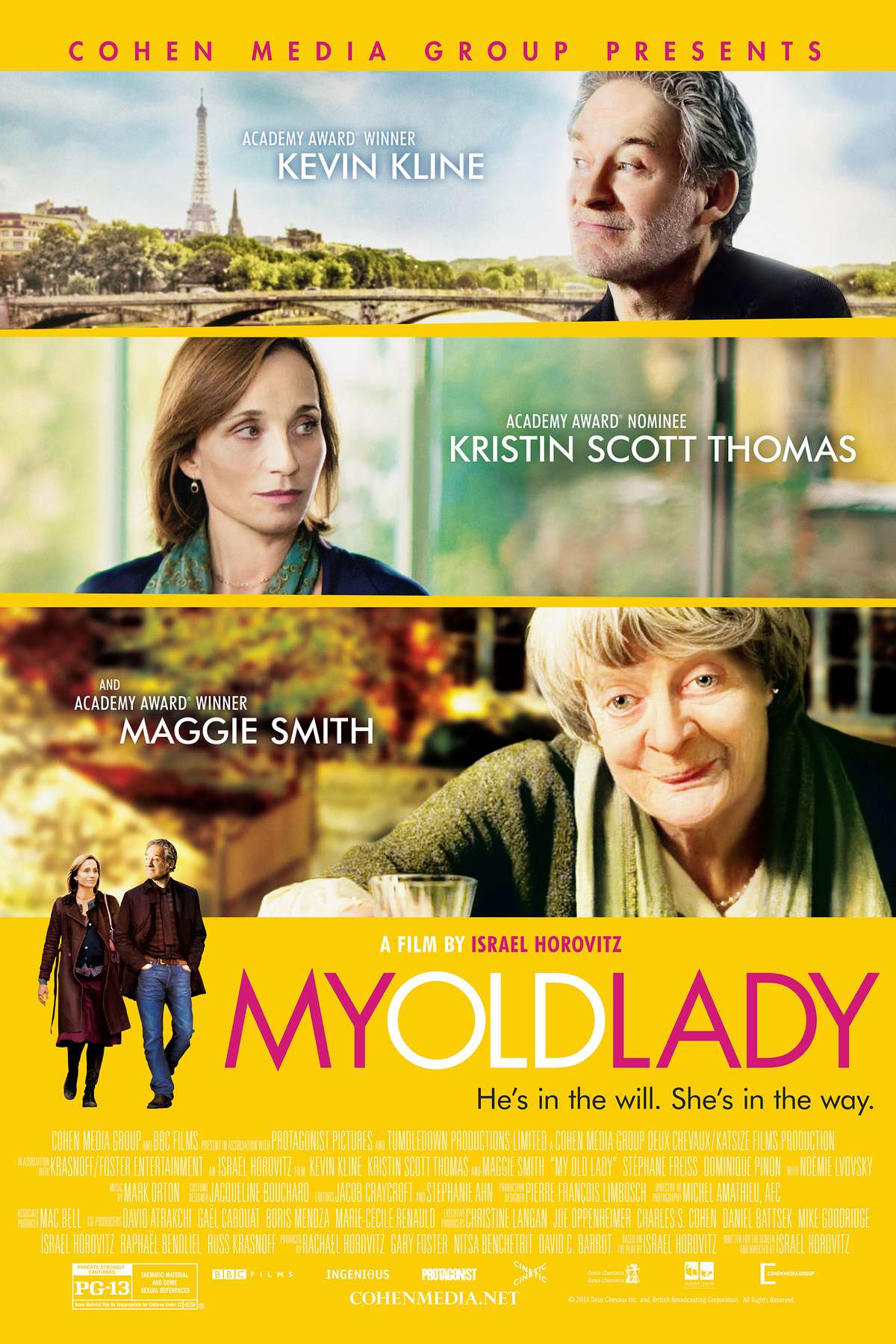 The Sedona International Film Festival is proud to present a “Festival Flashback” of the sensational acclaimed film “My Old Lady” on Monday, March 8 at 4 and 7 p.m. at the Mary D. Fisher Theatre.

“My Old Lady” is the second film in a month-long tribute to Dame Maggie Smith with a special “Maggie Mondays” series in March featuring a different Maggie Smith film every Monday.

When Mathias Gold (Kline) arrives at the sumptuous Parisian apartment he inherited from his father, he’s surprised that the property comes with two stubborn live-in tenants — Mathilde (Maggie Smith), and her daughter, Chloé (Kristin Scott Thomas) — who are not required to leave according to an ancient French real estate law that makes him unable to sell the place,.

But as Mathias and Chloé draw increasingly closer, Mathilde unveils a complex labyrinth of secrets that unites the trio in unexpected ways.

“A crowd-pleaser. Maggie Smith is masterful!” — The Hollywood Reporter

“A revelation and a pleasure. Kline gives a career-high performance.” — RogerEbert.com

“My Old Lady” will be shown at the Mary D. Fisher Theatre on Monday, March 8 at 4 and 7 p.m. Tickets are $12, or $9 for Film Festival members. For tickets and more information, please call 928-282-1177. Both the theatre and film festival office are located at 2030 W. Hwy. 89A, in West Sedona. For more information, visit: www.SedonaFilmFestival.org.