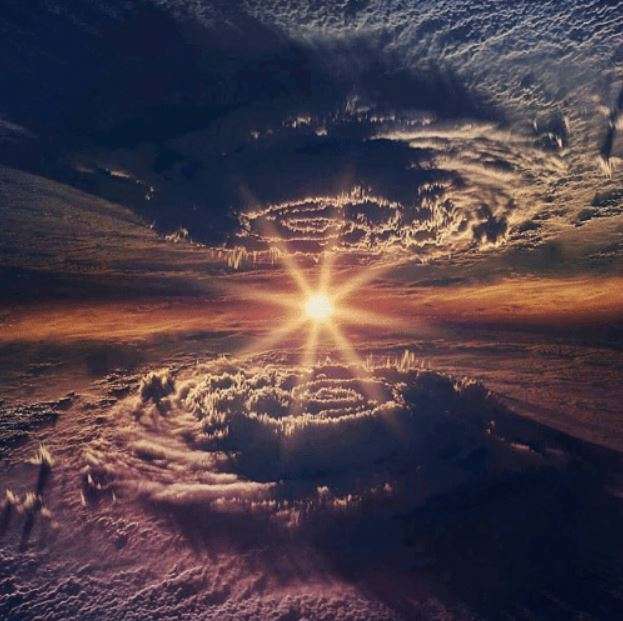 The way your world looks on the outside does not, cannot define how spiritual you are, cannot demonstrate your level of understanding or the degree to which enlightenment has seeped into your very being,

It doesn’t matter what the outside looks like. It is only a false factor, a concocted check box for those still residing in judgment, who believe that enlightenment looks a certain way, who have yet to see the truth of who they are and project their missing links onto the world.

It doesn’t matter if you work a 9 to 5 job, if you are a barista or a CEO, if you own the station or pump its gas. And no … owning your own spiritual enterprise means absolutely nothing to enlightenment.

It’s not about how the outside appears at all. One appearance is as good as another. Waking up is all about seeing through the hazy glaze of belief, recognizing what this is, what you are. It’s not about right and wrong ways, bad and good lifestyles, or being better or worse than. It’s not even about something to get and someone who gets it.

All that rubbish, the ideas and concepts that are the epitome of being sound asleep, are simply seen through, seen for what they are, and in the seeing, disappear like smoke from a campfire that was never lit.

The outside changes as it must, as it always has — as within, so without — but not in an instant. In fact, it may seem like nothing on the outside changes at all. Life continues with its wild rollercoaster-esque ride. You don’t earn your wings, get handed a gilded get out of jail free card, or suddenly know how to walk on water.

And even if you did, not one of those things matters anymore.

You’re simply here, right now, with no need to be anywhere else, no desire to be anyone else. Life, as it is, is just fine. You have no reason to argue with life anymore. You know who and what you are. You know what existence is. You know and it frees you to sit back and enjoy the ride.

So, if someone tells you they have the answers, that they have steps, techniques, sacred ways to help you become enlightened, you might want to ask them who gets enlightened? Who cares? Who is this one that needs help? Who are they? What is this?

All help is for the mind-addled separate being and can only take you deeper into the delusion. Its savings grace is that eventually you see the futility of it, you go deep enough that you finally say, enough! and simply stop.

In your simplicity life reveals itself for what it is. It shows itself as always right here, eternally right now.

This that you are needs no help. Help merely stands in the way, props up the separate self, and yet … we sometimes need a little help for whatever is appearing as your life could not be any other way. As within, so without. If a concept called ‘a need for help’ lies within, help without will appear.