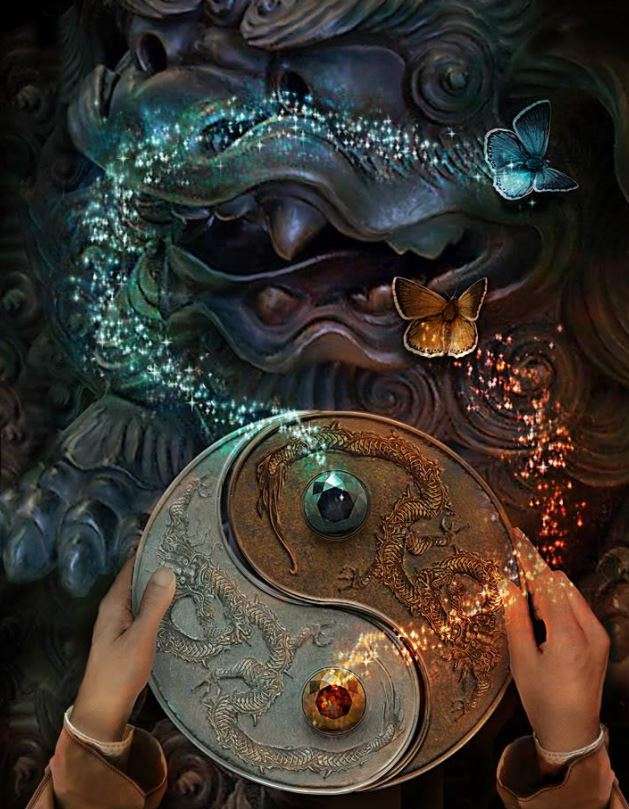 I am the doer; there is no doer. What the heck? Does anyone actually factually know? One way says we have no free will. There is no you to have a will, free or otherwise. The other sees clear evidence of choice. If that’s not free will, what is it? I’ve been in both camps, never quite able to stay put, and find it quite engaging still.

Neither version is untrue. Damn. When we are blessed – for it is nothing but grace — to let everything go, every idea, every concept, every hold card we’ve ever held, This shows itself. The camouflage drops. This truth of our nothingness, that we are basic awareness, is knowable. Some call it enlightenment. Alas, that is not the end of the story. If only it was and we could pin a tail on that donkey.

Regardless of understanding, these forms appear to be standing on this earth in what my senses tell me are human bodies. If this knowing aware consciousness I am knows anything, it’s that there is something here and it appears to be this that I am, and that you and the world are.

Lately I’ve been reconnoitering the idea of free will and I’m not so sure anymore, that free will at the material level doesn’t exist. Perhaps because I no longer need it to be or not be the truth, it is freer to show itself. Here’s what I’ve noticed. Not long before stuff happens, a thought comes into awareness about that experience happening. I don’t know if it is prophetic — a glimpse of what is coming, or creative — thought as an initiator of manifestation. It’s often hard to tell. If it’s prophetic or creative it doesn’t really mean we don’t, or do, have free will. It’s just an observation of how it appears to work.

If I stop the moment the thought arises and understand with complete trust and understanding that it doesn’t have to be that way, the thought seems to dissolve without need to take form. While I was thinking about this I realized that my basic premise is one of love, that the core response of the universe is based in love. When love isn’t abdicated and replaced with beliefs in scarcity, harm, and anger, all fear-based responses, love seems to manifest perfectly in harmony, abundance, and wellness. I have observed it in action too many times to question its validity.

Minds are well trained in fear-based response, the natural outcome of being sold separation, the belief that we are the doer and have choice. Through it, we create blame and guilt, right and wrong, and every other ailment of mankind. Seems like I just flip-flopped to the free will camp, doesn’t it.

The fear field is a primary school where we, through our experiences and the karma we have gathered, break through our programming, where we learn to go beyond self-focus to be ever more inclusive. It has its role to play. It is important. We are functioning in this field as an effect of our programming. There’s not a lot of free will at this stage, but there appears to be at the least, some. Free or not, we are still creating manifesting reality.

From the fear field we gradually move into the field of inclusion, and from there into recognition of what is really going on – that there is a field, for lack of a better word, of awareness in which all manifestation arises, and essentially we are that. With each opening we manifest more cleanly from love.

We are the field of awareness aware of Itself, and all that appears in that field, for there is nothing that does not arise out of and return into awareness. There is nothing but awareness and its multiplicity of expressions. Knowing this changes everything.

The fact that we are the all-powerful all-intelligent presence, rather than stopping us from being that too, in human form, assures it. Discounting the human comes from incomplete understanding. Recognizing the Totality as oneself doesn’t make the human a puppet; it makes the human divine. It means there is nothing but This and we have no need to play small, no need to pretend anymore that we are anything other than Gods?

If I had to guess – it’s always a guess — I’d say we are creating this world as we go, with every thought, with every breath. We always have; we always will regardless of our level of understanding. That’s why – it doesn’t have to be this way — is so powerful. Love manifests in perfection when I am not trusting in fear. I know that because I know there is no separation. Fear is the illusion. Love is what this whole thing (the universe) non-thing (awareness) is made of. Love doesn’t create fearfully. Love creates of itself, lovingly. Our minds create fear and then creation is tinged with the fear we created. If we see the fearful thoughts – and there are a lot of them – and sink deeply into the knowing of our birthfield, we realize deeply completely absolutely that it doesn’t have to be that way.

That’s the big one, the one that cleans up the mess we’ve made of the manifestation and returns heaven to its rightful place – right here, right now. We can’t fake it, skipping past the bogs of fear we hold within. Creation responds to what lives within us, within it, the birthing ground of thoughts. Until we truly know who we are, that there’s nothing to fear, that all is fueled and crafted out of love, we create from fear. And that, understood wrongly, seems to place the blame squarely at our doorstep.

On the Essential level we are doing everything. As unique humans we are a learning field. Do we blame a freshman in high school for not being able to do PhD level work? No. But when one shows an aptitude for higher learning we don’t hide the books. We don’t tell them not to reach for the stars when they can clearly see them. We are living in a time when the stars are visible, when reaching is possible, when breakthrough learning is happening. In no other time in history has mankind had access to information that can speed the coursework. You don’t have to go through all the zigs and zags those who came before traversed. Take the straight line. It’s a choice you have – or at the least, appear to.