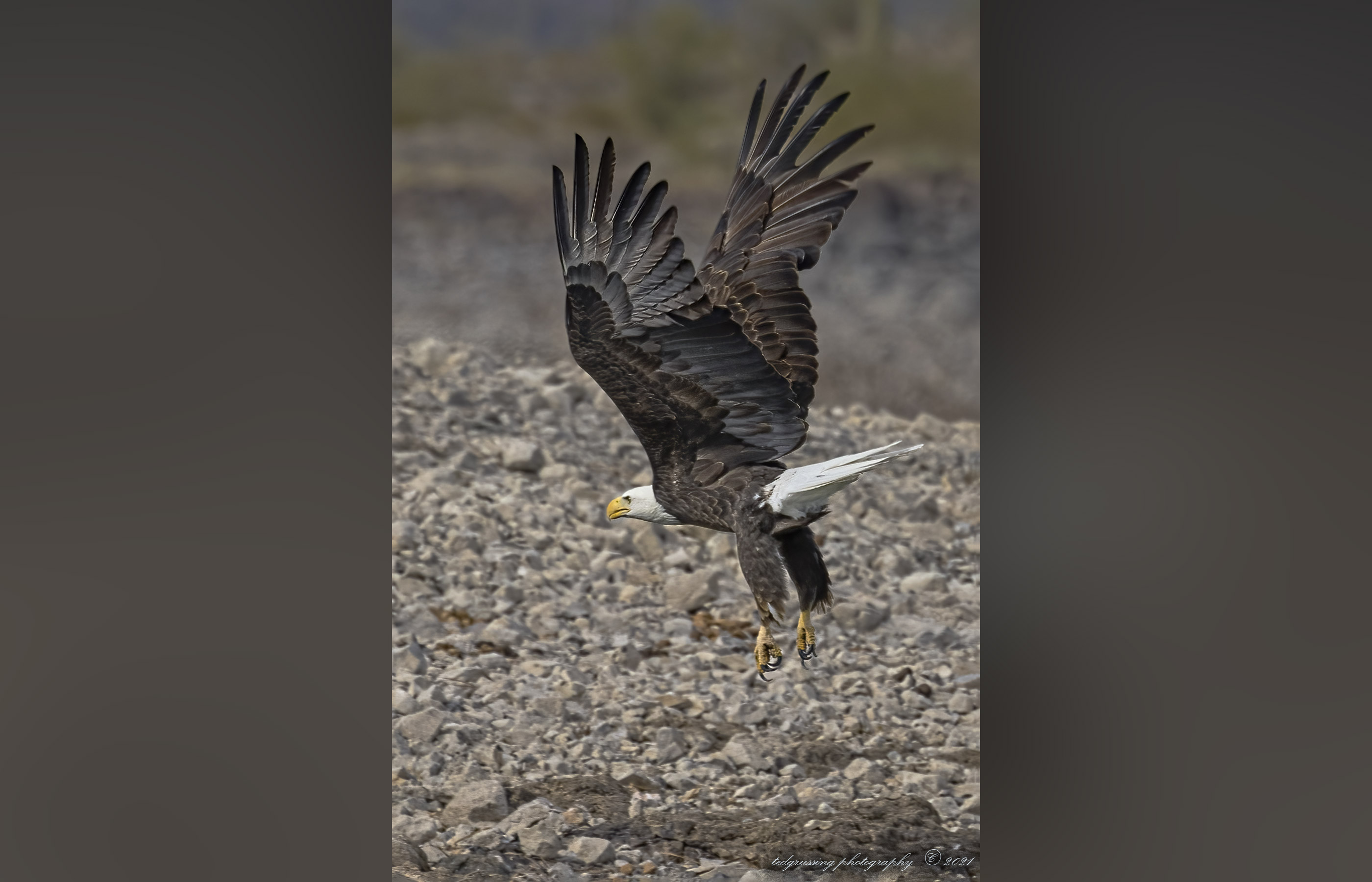 Sedona News – … and it is back down to the lake first thing in the morning as we have some pretty good weather coming in for the balance of the year … indoors in great storms is a wonderful thing, but our feathered friends do not have the luxuries that we have and will hunker down and ride it out. Same with my bobcat and other predator and food friends. I shot all the photos in this missive Tuesday.

The photo above is of the female Bald Eagle as she is departing the perch in last nights email. It is her third wing beat and I chose this shot because of the feather detail in the image.

Eagles (and other raptors and birds) have 10 primary, 12 secondary and 12 tail feathers which along with other contour feathers that overlap the numbered feathers collectively are called the flight feathers. The 10 primary feathers start with the end one on the wing tip and it is number 10 … you count inwards and the tenth feather you get to is the number 1 primary feather … inwards toward the body from that is the number 1 secondary feather and then count in to the 12th one and you have the main flight feathers for the wing. The tail feathers are six and six, counting outwards from the center with the number one feathers next to each other and these are called the deck feathers. All flight feathers are contour feathers and they have muscular control over the feathers and move them as required for desired flight changes … you can see the layering of the feathers making for a smooth airfoil.

They molt their feathers annually and grow new ones … eagles have a symmetrical pattern for molting and start with the number 1 feather at the wrist and molt outwards with the entire process taking months … very interesting information about feathers at: The Raptor Resource Project. and I highly suggest you visit The Raptor Center I plan on visiting the center on my next trip back to the Twin Cities … it and its programs are known and respected throughout the world. 60% of their budget and 100% of their clinic work with raptors is funded by donations … please consider a gift.

Raptors and all birds in general are amazing and complex creatures …

Below are shots that were not misses; the top shot is of Common Merganser hens in take off mode (kept them in the frame this time) and below a sole North American Coot just entering flight after accelerating down his watery runway. All of these creatures are here daily … check them out and spend some time visiting them … in captivity or in the wild and you will enrich your life. 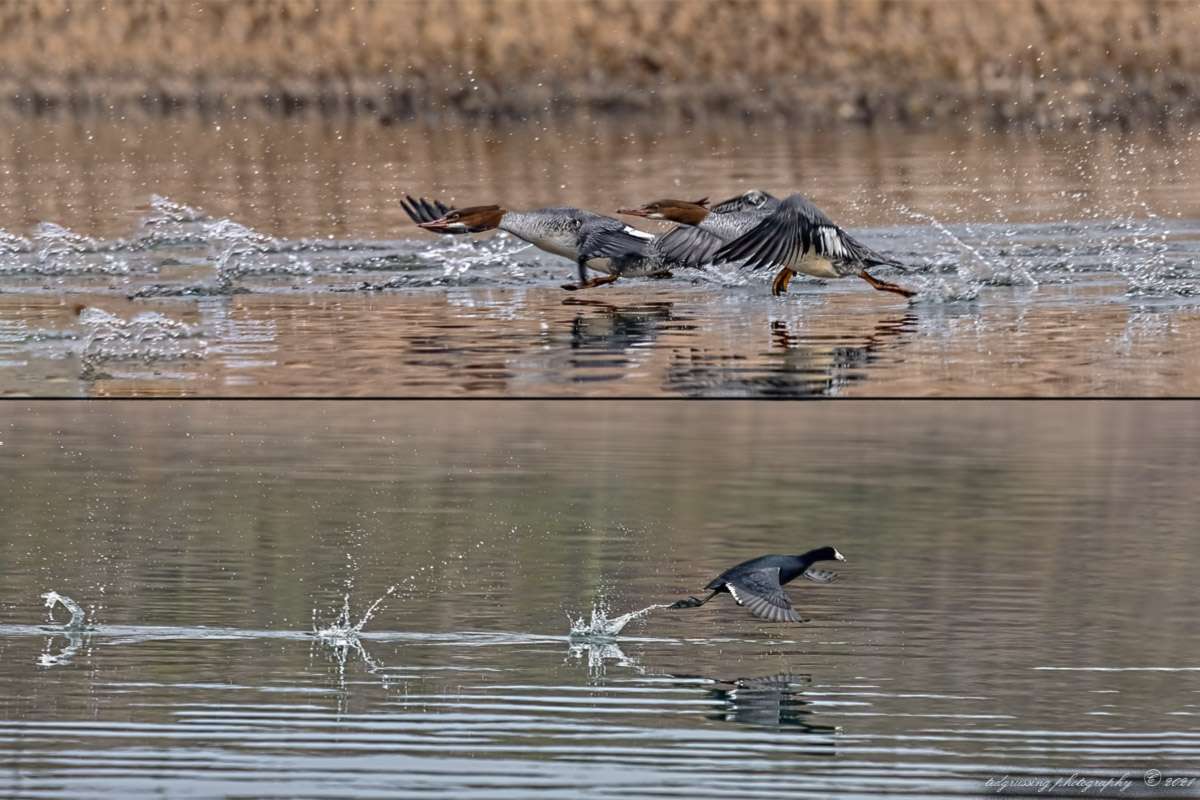 Christmas letter and photos tomorrow night. Enjoy the day … something only you have control over. Smile, you are here and breathing.

Maybe you have a still soul that goes murmerless like water in the deep of rivers;

And perchance you wander silent amid the din of the world’s grinding barter like one journeying in strange lands.

You, too, with the still soul, have your mission, for beneath the dashing noisy waves must ever run the silent waters that give the tide its course.