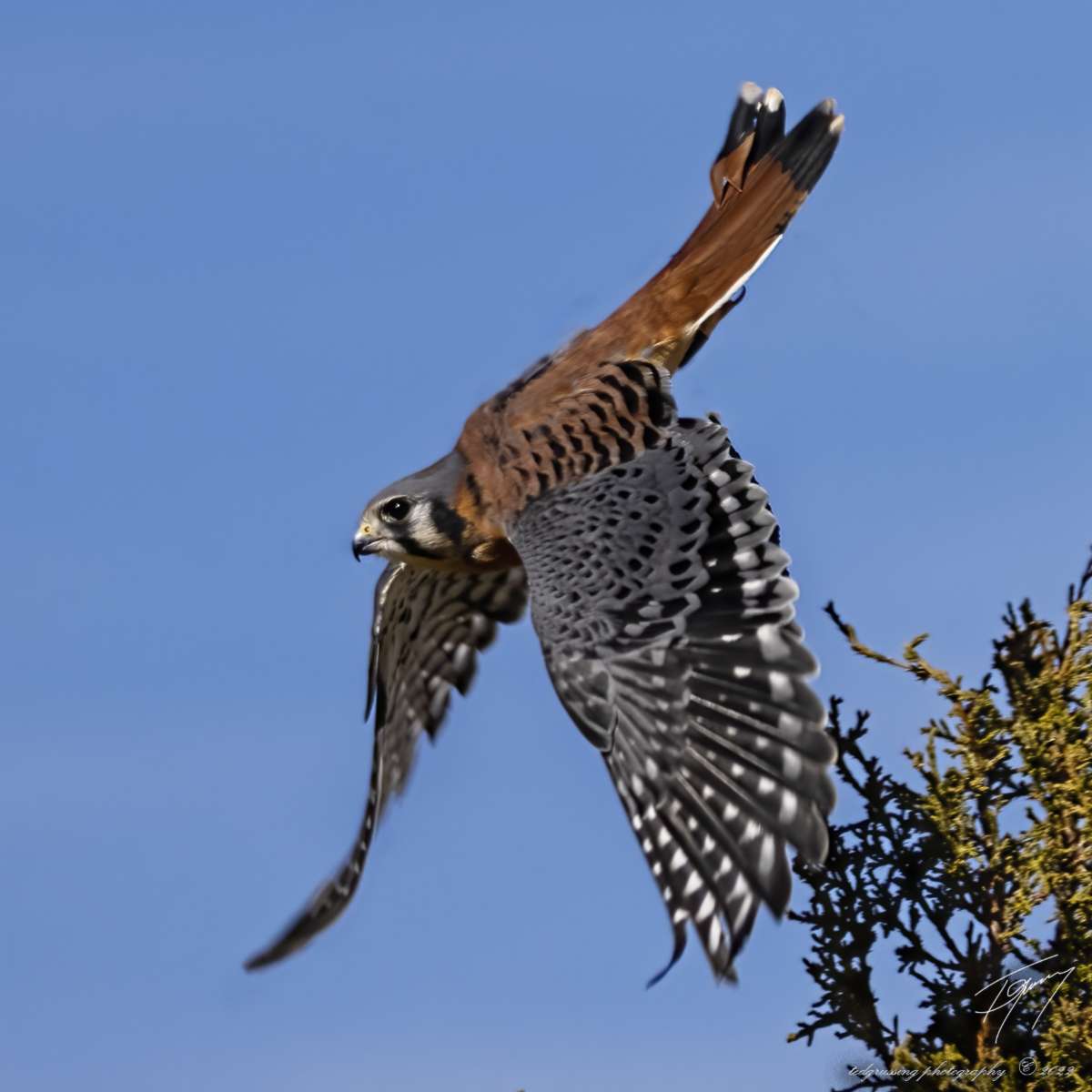 … some difficult news this week regarding my favorite little raptor, Finley, an American Kestrel and a flying dynamo … all four ounces of him. He has a sarcoma on his right wing at the elbow. It cannot be surgically removed because there is not enough skin to close … that leaves a choice of euthanasia or a one shot radiation treatment which has a very high probability of success.

The choice is life! The estimated cost of the radiation treatment is $5,500.00 and the maximum that insurance will cover is a fraction of that.

Finley is four years old and Kestrels in captivity can live 15 or more years, so he has a lot more life to live. Finley has been one of the stars at my presentations at the Mary Fisher Theater the last several years and he has brought joy to thousands of others. On the donation page you will find pictures of him hatching and becoming the amazing falcon that he is … he likes people and if it is possible for you to make a donation (at the bottom of the web page), it is appreciated. He will most likely have many years to live and bring smiles to those who interact with him.

Photos above and below are of Finley. Top photo he is leaving a perch on top of a juniper tree and below he is in flight in search of … 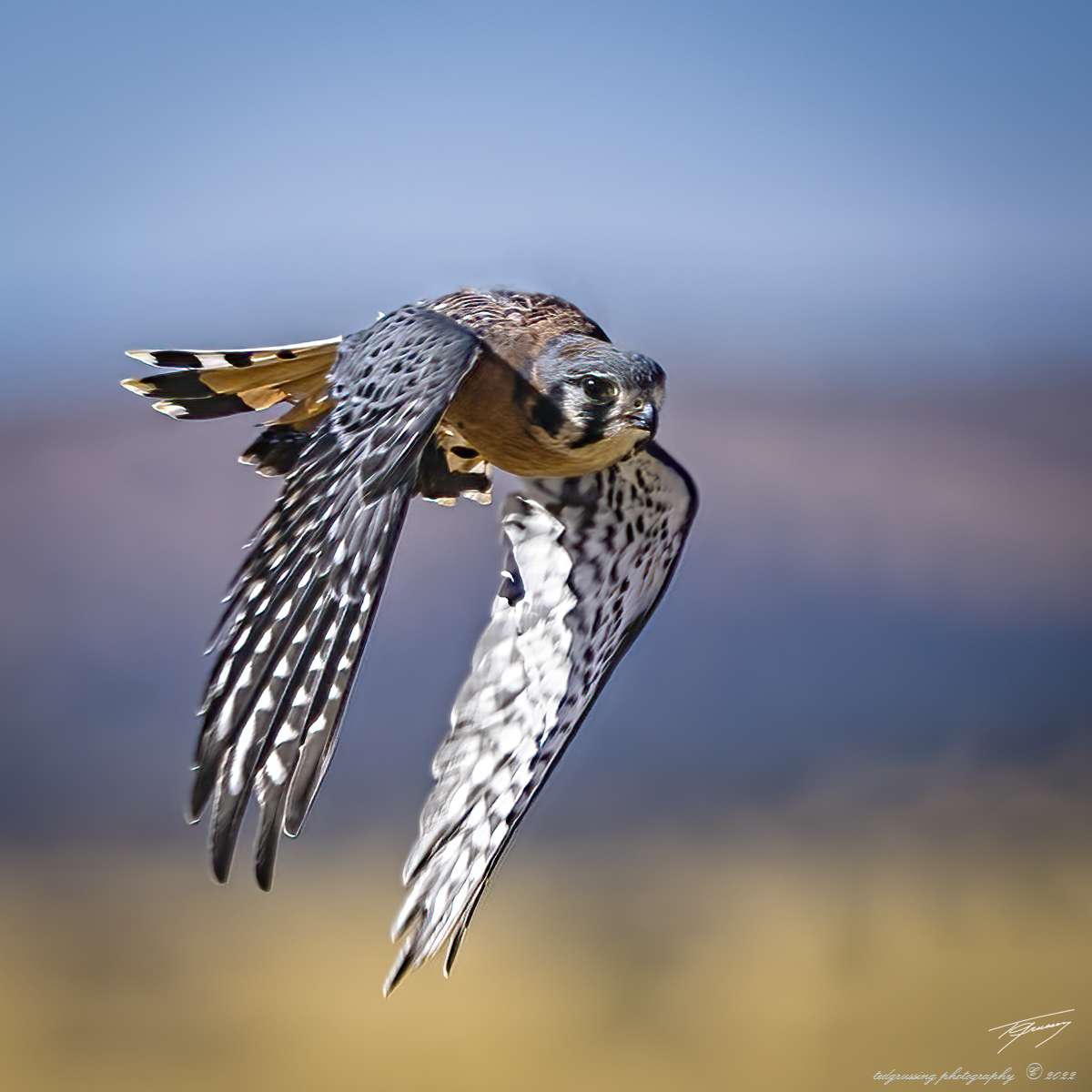 Cancelled the trip to the lake today as it was a rain day, here and down there. Friday will find me down there again in search of whatever wildlife can be found.

Have a joyous day and weekend … back Monday morning, at least that is the plan. Keep breathing, smiling and making the world a better place simply by being here and being you!