Today’s Photo From Ted Grussing Photography: Only in Sedona Will You Find Red Rock Heaven

… laid out before you in all its grandeur are the red rocks of Sedona … a morning shoot from over Jacks Canyon looking to the west north west and encompassing nearly every important red rock feature in the area. On the right the slopes up to Lees Mountain and Munds Mountain – just above them the mittens and above them the San Francisco Peaks on the horizon. Moving left foreground you have Courthouse Rock, Bell Rock and on the other side of SR 179 you have castle rock. Above and to the right a bit is Cathedral Rock … the airport is the whitish line in the center, Wilson Mountain is on the right side of the images, Thunder Mountain is above the airport and I’ll let you figure out some of the others. Shot from an altitude of 6320′ … the airport is 4830′ Wilson Mountain 7122′ and Courthouse Rock is 5454′.

Someone asked me how I remember the altitude I was at when I took the shots … simple, The Canon 5D MK IV has a built in GPS that gives coordinates and elevation. A big help when I review shots and then go back and perhaps shoot from a position higher or lower to get the perspective I want.

Time to get three hours sleep before I leave for the lake out the door at 4AM … the shot below is one to dream on … I love clouds! 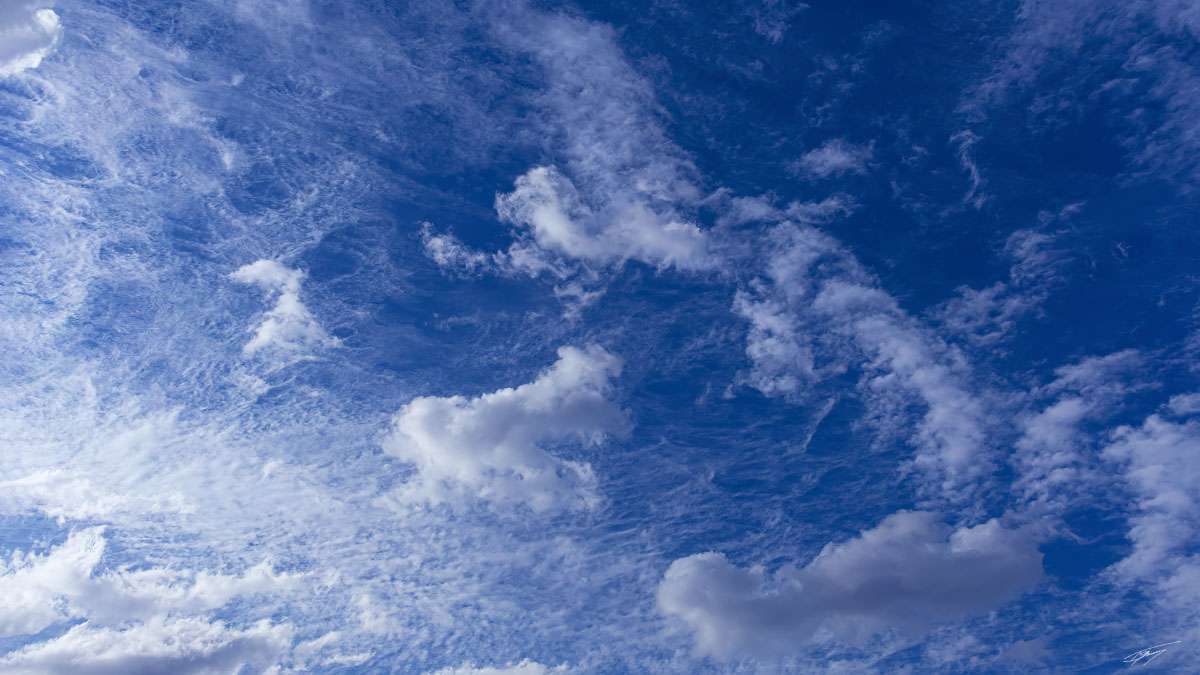 Cheers, enjoy the day and make it good, only you can do it!

With all its sham, drudgery and broken dreams,

it is still a beautiful world. Be cheerful. Strive to be happy.