Today’s Photo from Ted Grussing Photography: The Hitchhiker and a Flyby 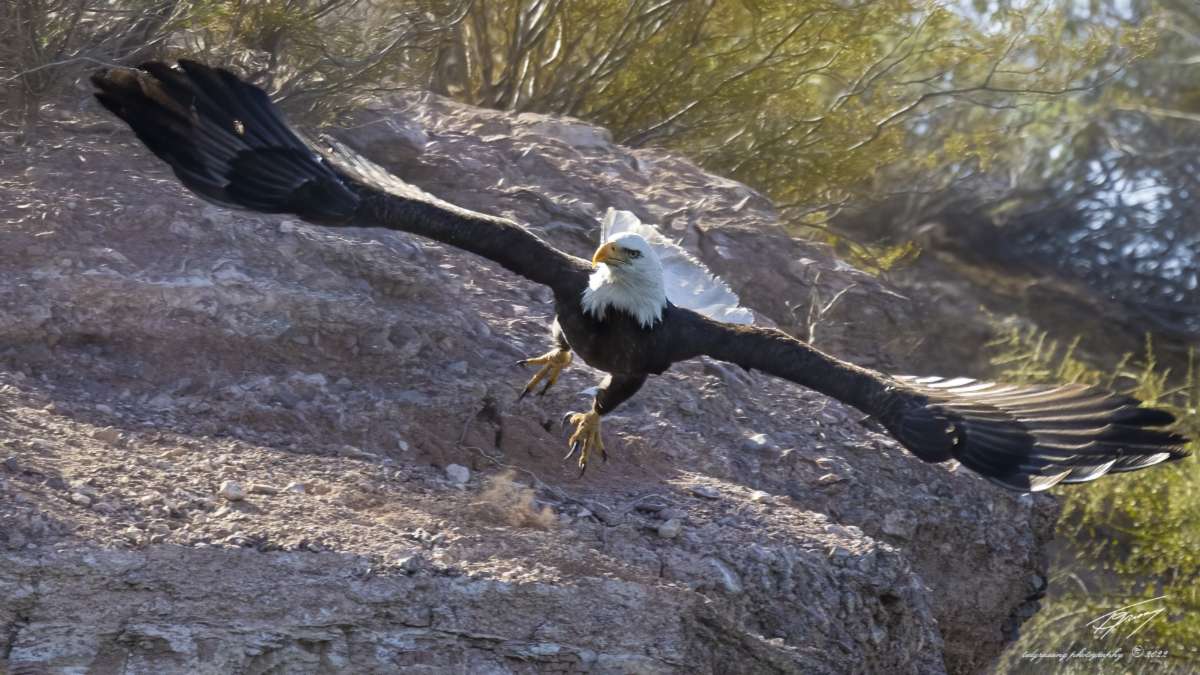 … I took a close look at the Bald Eagles wing before I cropped the image down and it looks like our friend has a temporary hitchhiker out near the tip of his right wing on one of the primary flight feathers … the bug was probably not destined to stay on the wing for long and likely became fish food as the eagle flew out and across a half mile stretch of water seeking a new perch. Notice how his tail feathers are full up which has the effect of lifting the head or if a plane lifting the nose of the plane as he dives off the cliff and keeps him off the rocks close below. Check those talons out!

In the photo below we have a small flock of Sandpipers doing a flyby of seven White Pelicans which were contentedly sleeping on a small sandspit … it was amazing to see three of them flying through the branches of the bush in the water. I took this shot at Gilbert Riparian Preserve and Water Park. That is an amazing place with a great diversity of wildlife and places cutout of the brush so you can get to the water and hopefully get good shots … like this. 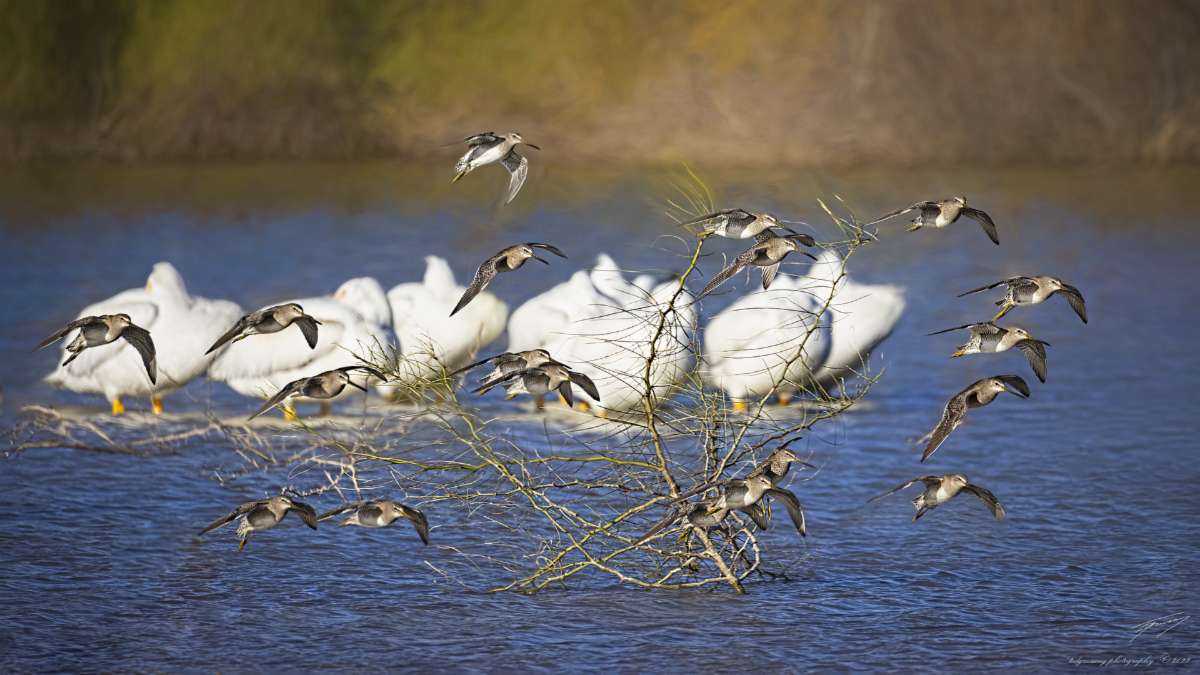 Had fun at the City Council Chambers late this afternoon presenting ” A Moment of Art” and I understand they will be posting a video of the show which if they captured the show I’ll share with you.

Down to Lake Pleasant in not that many hours and hoping for more eagle and raptor shooting. Like all forms of hunting, no guarantees that we are going to get anything, but the more I learn the lake the better our probabilities of getting shots is.

Have a beautiful day … keep breathing and share your joy … we all need it.

Hold high your head and be an honest man. May kindness guide your daily steps, and in each deed and thought let Christ’s sweet soul always reflect itself, and love your fellow men as I love you.

May words unkind and false ne’er pass your lips, nor harsh and low ambitions drive you on.