Today’s Photo from Ted Grussing Photography: the Line Up 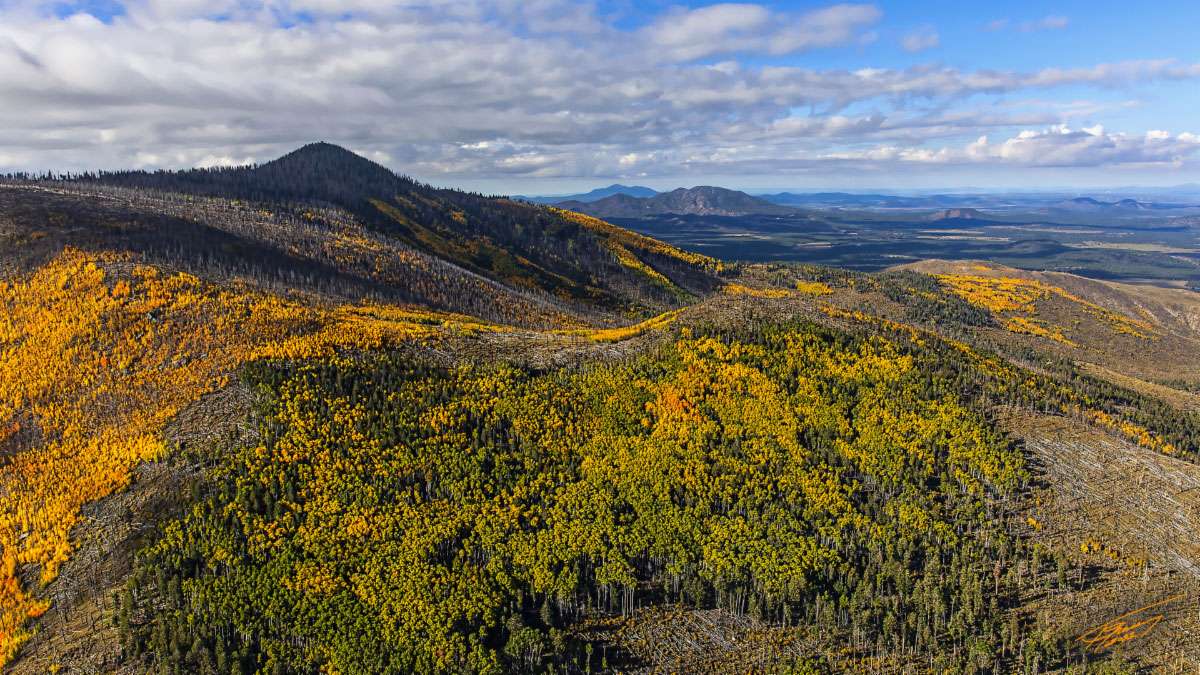 … I have never tired of shooting the San Francisco Volcanic field from every direction and in all conditions and all seasons, hundreds of hours in the air shooting them … I love it up there and it tells the tale of millions of years in a single photograph. In this photo I am about level with the eastern most ridgeline of Kendrick Peak at an altitude of 10,179 feet; the peak of Kendrick is the pyramid formation left of center and it is 10,425 feet. Coming down the right side of Kendrick and about 20 miles to the west behind it is Sitgreaves mountain topping out at 9390 feet and just behind it and a little to the left is Bill Williams Mountain at 9259 feet,the first of the volcanoes in the field (now over 600) and we’re looking west at over four million years as the progression of new volcanoes moves to the ENE. Where will it end? None of us will ever know as the planet undergoes continual change over the millennia and will do so for billions of years yet to come. Still it is a privilege to be here and observe what has taken place before us and during our time here … probably not much change to the landscape over the next few thousand years, perhaps another volcano as we’re almost due for one, but otherwise the the art that is earth is sculpted slowly … to us with short life spans. I love this place!

Below is a photo of a Coopers Hawk rocketing down out of a tree at a baby bunny rabbit that was ducking into a bush just a few feet from One and me … it was a miss, but there was much excitement for a few minutes. Life continues and it is good! 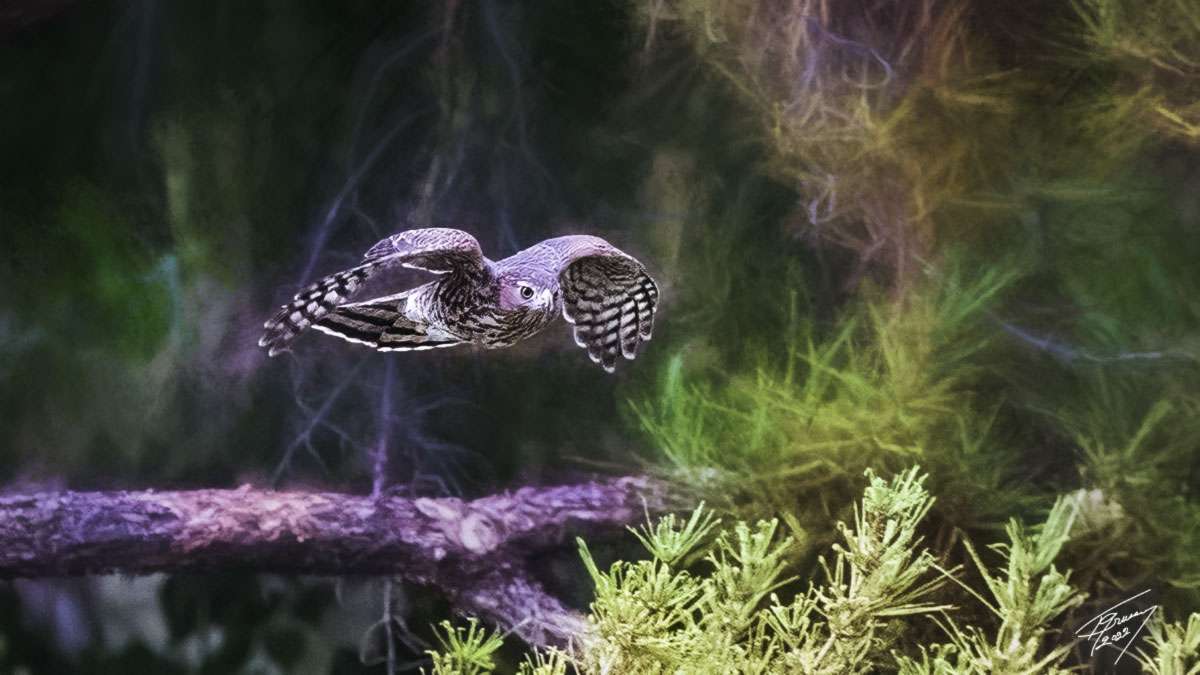 Have a beautiful day, smile and keep breathing and share the joy you find in life each day.

Give me to gladly go

My way, and say

No word of mine own woe;

But let me smile each day.