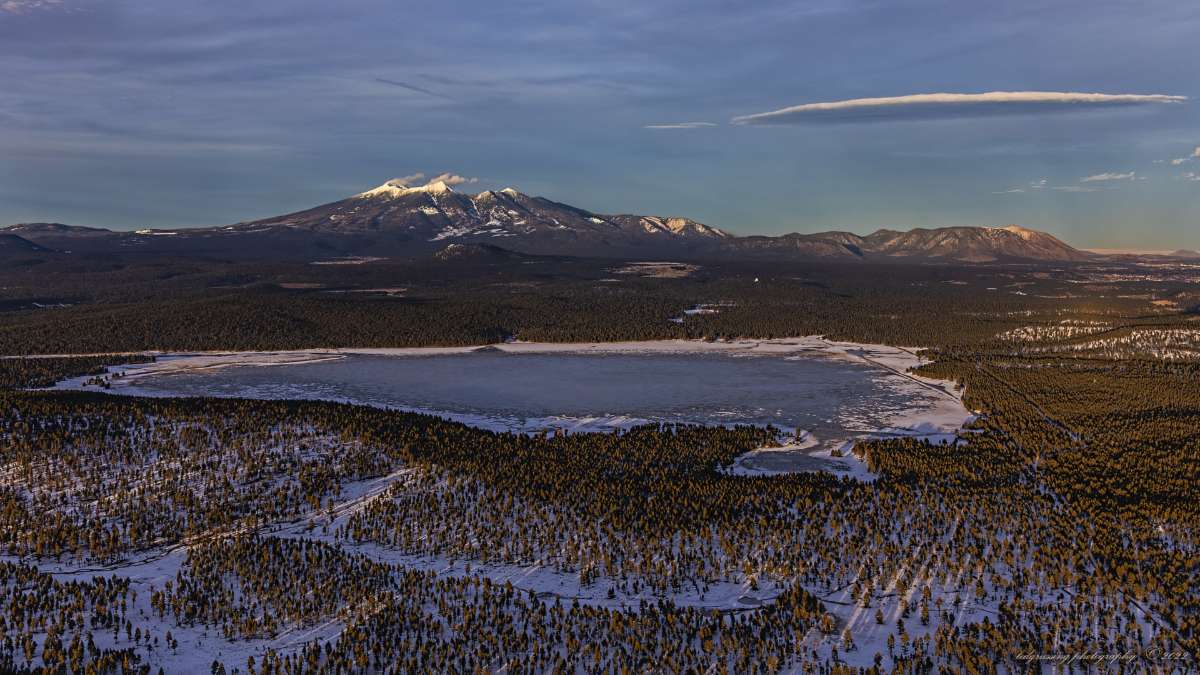 … the days are short and the shadows long … cold winds howl and dedicated photographers take to the air before sunset to catch it all.

The image above was taken on January 8th of 2017 about 20 minutes before sunset. Rogers Lake had a lot of water/ice, snow covered the ground and the winds aloft were in excess of 50 knots … check out the clouds ripping off the San Francisco Peaks and the beautiful lenticular cloud formed from high winds ricocheting off the stable air mass near the surface behind the peaks. Think of it as a sine wave, as there are many iterations of the wave and a sailplane can use it to attain very high altitudes … one of my favorites.

It was magical and I returned to Sedona and landed a little after sunset, thence home for a warm meal and time with One on my lap. On the horizon from left to right you have the San Francisco Peaks and Mt. Elden below the lenticular cloud.

Below is the mule deer that swam across Castle Hot Springs Bay in Lake Pleasant yesterday. You can see the fresh break on the left antler. Although mule deer have the ability to swim they prefer to be on land and that gives credence to my theory that he lost footing on a cliff on the east side of the bay and with no place to exit the lake on that side, he swam over to the west side to get out … he appeared to be exhausted when he climbed out … Yay! He made it! 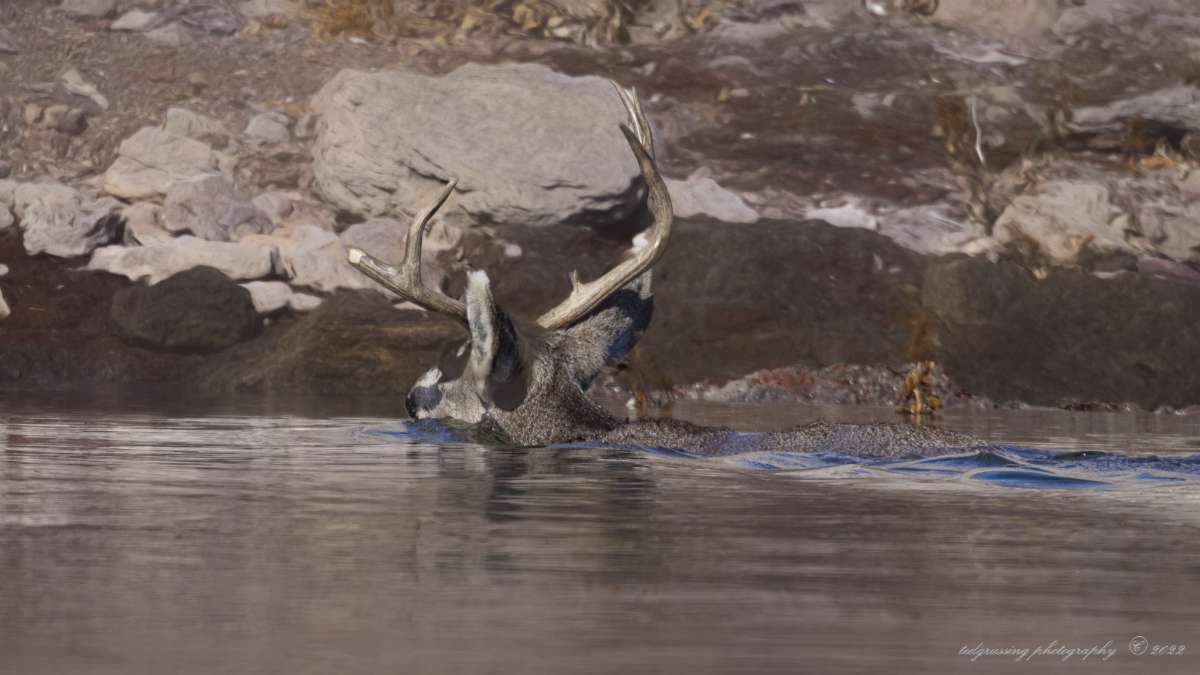 Go shopping on my website store and pick out a print, cards or one of my books … at checkout enter the promotional code Q08SWVSP8M3Z and receive 20% off plus free shipping. If you would like a print of a photo not in there, let me know what image you want and I’ll make the substitution for you. I have had so many projects going the last few months that I have not had the time to update the store; hope to get to it soon.

Have an absolutely wonderful day … tomorrow I will try and get caught up on replying to your emails and sorry for the long delay in doing so.

Out of the winter of the past have crept the buds of spring, and once again have I planted love in my heart, and therefore found love in others.

The lips of malice have at last whispered a gentle word and courage was born in me again.

Toil, though it brought not what I sought, brought something, and nursed again to life the withered blooms of hope.

excerpt from Through The Mist of The World by Max Ehrmann