Today’s Photo From Ted Grussing Photography: They Are Small and Warm and Fuzzy 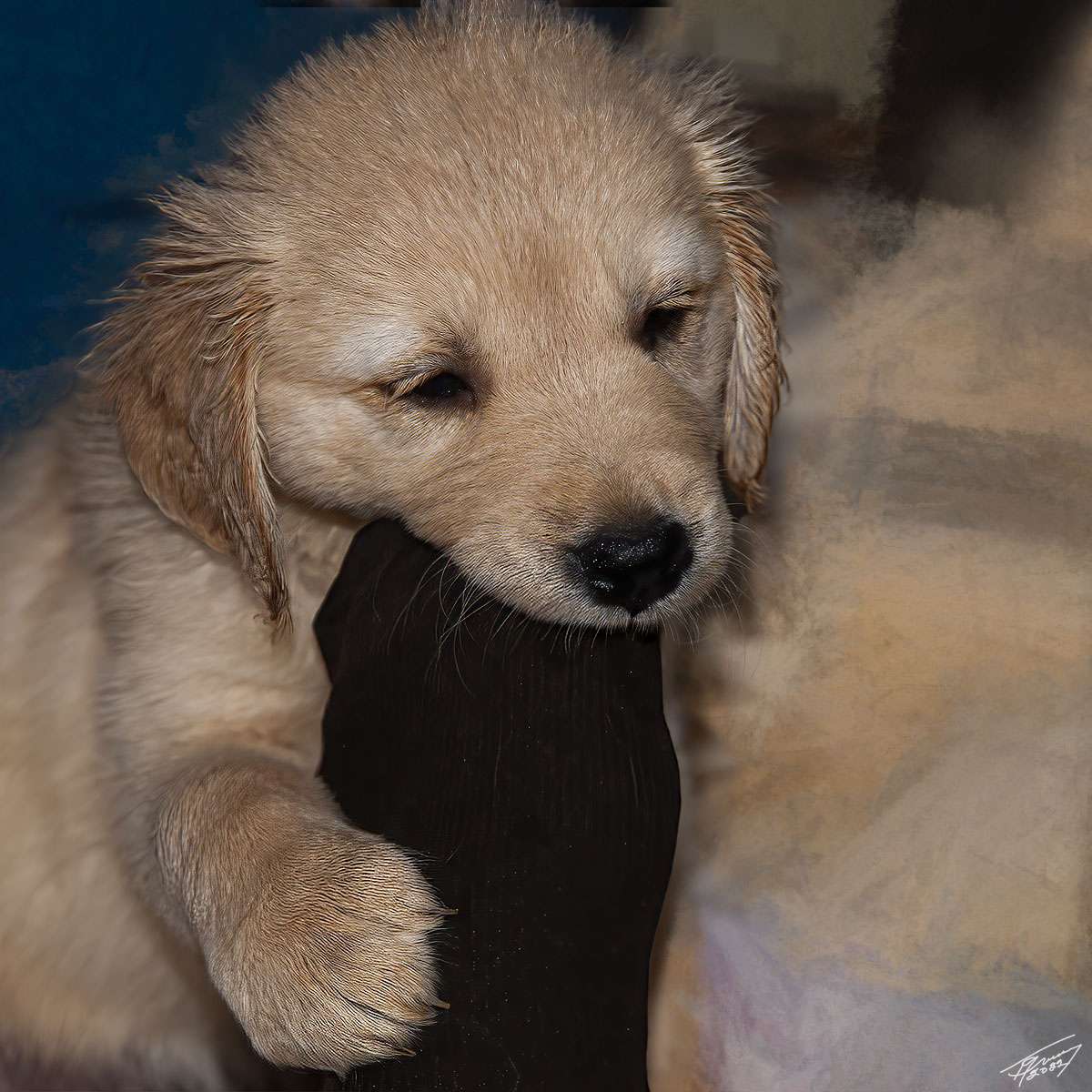 … I was talking with a friend this afternoon and asked for a suggestion for a photo for tonight … the response was for something warm and fuzzy … what better image than a Golden puppy chewing on my feet? Perfect! This is a shot of one of Fran’s puppies years ago and I had gotten into the baby pen with them to get nice close up shots of the little fur balls. Several of them were chewing on my toes much of the time I was in the pen with them … all of were happy and a little later one of the puppies found its way onto Corky’s lap … BLISS!

Below is a shot of a Red Wing Blackbird perched on a branch protruding from the water at Lake Pleasant way up on the very north portion of Castle Hot Springs Bay and he is singing his heart out … the water is dropping every time we go down there now, but on the plus side I know that crops are growing thanks to the water leaving the lake … it is a reservoir after all and the primary storage of Colorado River water for Arizona. 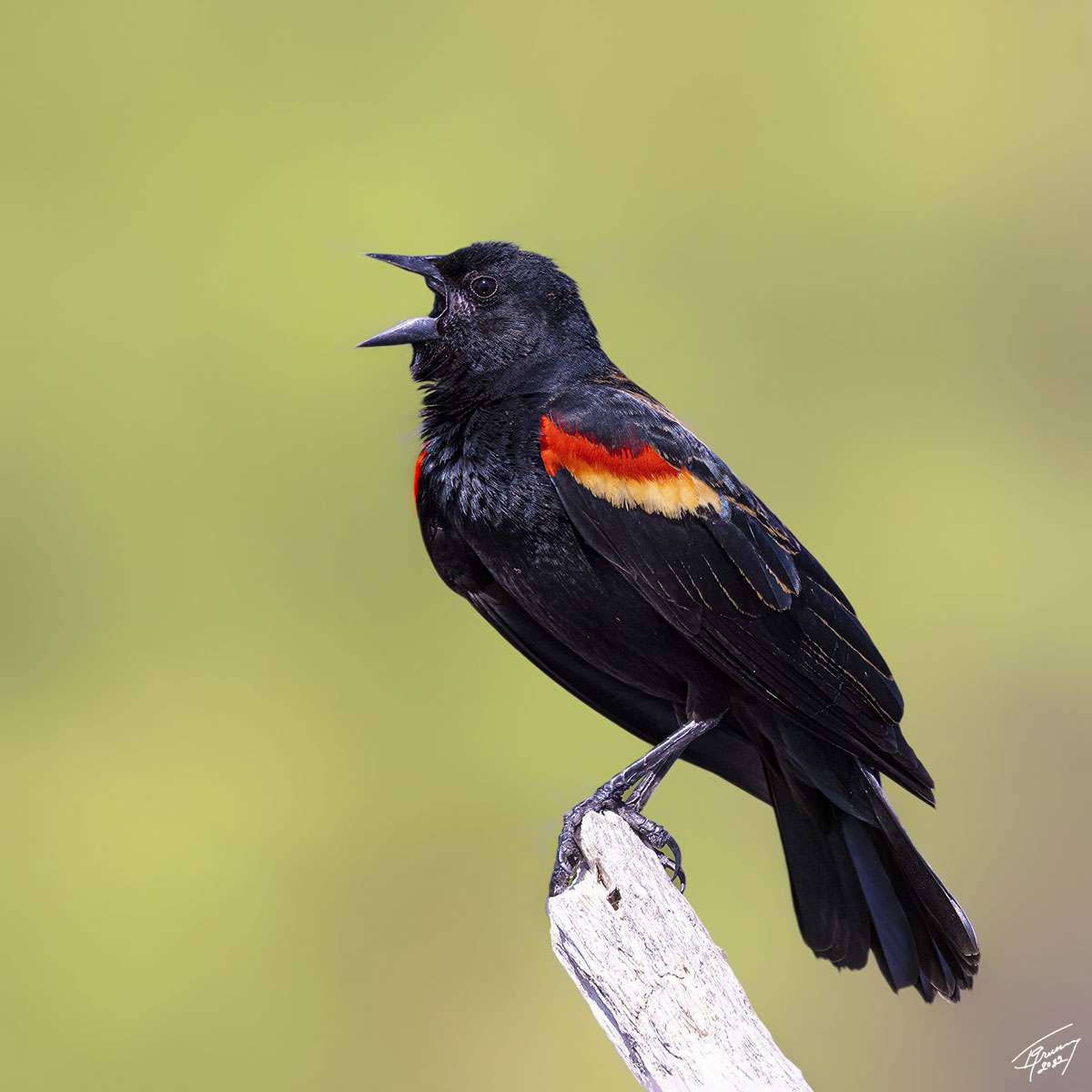 Into another week and Monday is pretty well underway … time for some rest before I really get the day going. Have a beautiful day, keep breathing and share a smile with those you meet and greet.

As an anonymous pessimist once said ” No sense in being pessimistic … it wouldn’t work anyway!”

Will that time come again? Shall we behold

From this grim madness some new love unfold?

We pray for gentler times, when men shall cease

His brother man to bully or fear.

Great God, among ourselves let us have peace!