Today’s Photo from Ted Grussing Photography: When there is an issue, they engage in problem solving 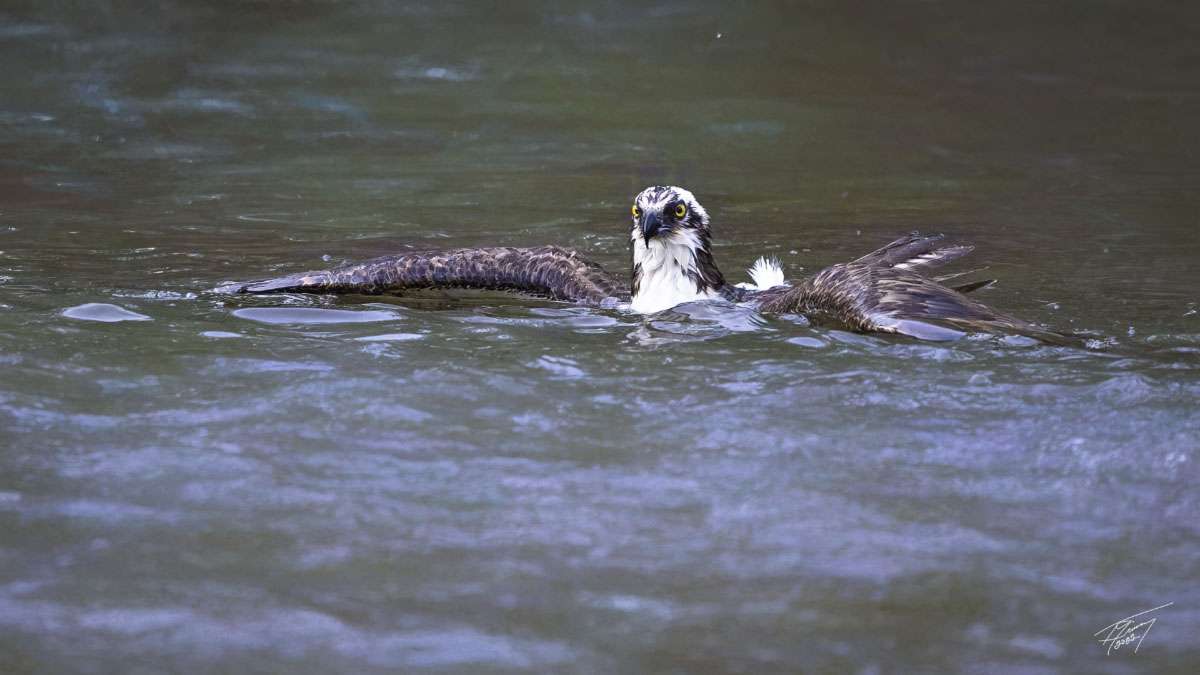 … I stopped by the Rainbow Trout Farm in Oak Creek Canyon on my way home from Williams to say hi to friends and perhaps get a shot at some Osprey’s as they went for trout dinner from the buffet which is set out for them.

An Osprey soon appeared and for more than fifteen minutes he was attempting to lock onto a trout in the pond but was having a lot of trouble and pass after pass, hover after hover resulted in zero dives for a fish. The air was very windy and turbulent and on top of that the water has some algae in it which somewhat obscures the fish when looking into the water so things were looking bleak. Then he came in softly and settled on the surface of the water and spent about a minute as you see him in the top photo, but with some obvious motion going on under the water … then there were a few quick moves and he emerged from the water in the photo below with a delicious Rainbow Trout in his talons. So instead of the normal hover and dive at the fish, he showed ingenuity and just settled on the water and searched for a fish to sink his talons into and he was successful. First time I have ever seen one do this. 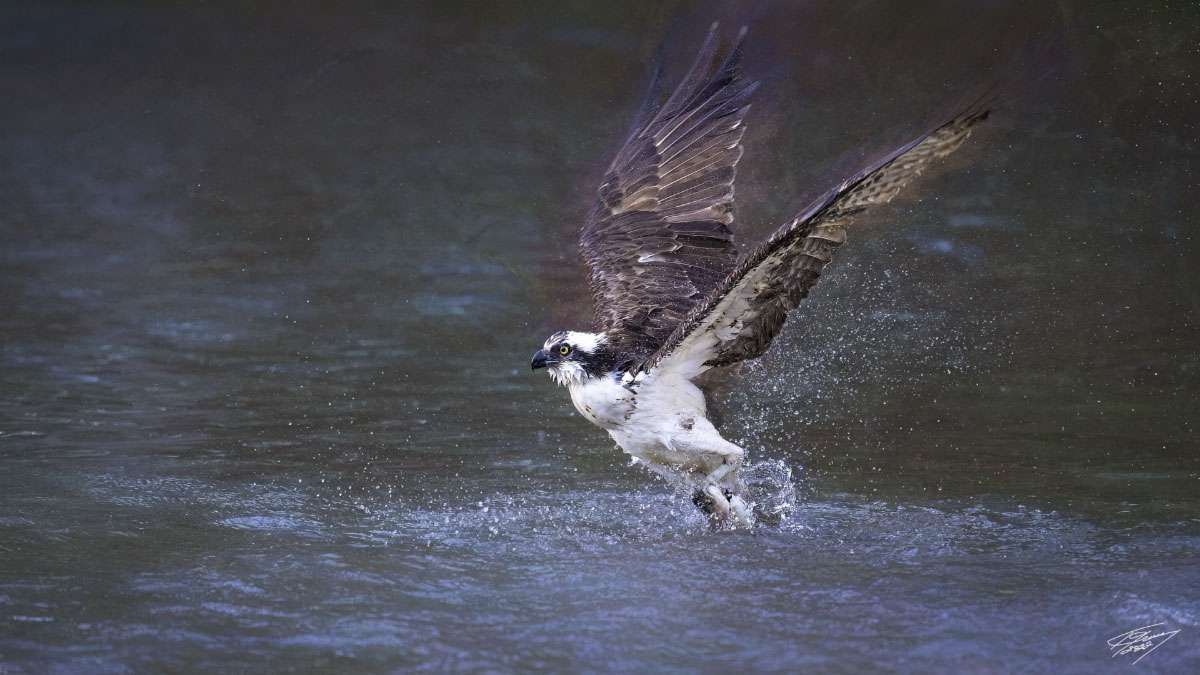 This Osprey has a wingspan of about five feet to give you a sense of proportion. I also saw black hawks and other raptors. I also learned anew that checking all your camera settings is a good idea before you head out. Normally I use the camera body I brought with me for human portraiture, flowers, gems and other subjects not in motion. I had not changed all the settings to use for wildlife and it resulted in missing a lot of shots I should have had … the omission? I had left the focus on single shot mode, so when I was shooting the birds in motion at 20 frames per second, it retained the original focus setting and … crap! I missed shots I should have had … you would think that after as many years as I have been doing this that I would not have made a mistake like this … humbling … I still make mistakes and being human, I have no doubt I always will.

Have a beautiful day!

A bird flies through the sky, and I fly with it. I am in

each pearl of moisture sparkling in the sun. I lie lazy

on the clouds. And I acknowledge my kinship with

I see all as one, and nothing repels me, as this new

day climbs noiselessly out of the valley of the night.

excerpt from On A May Morning by Max Ehrmann