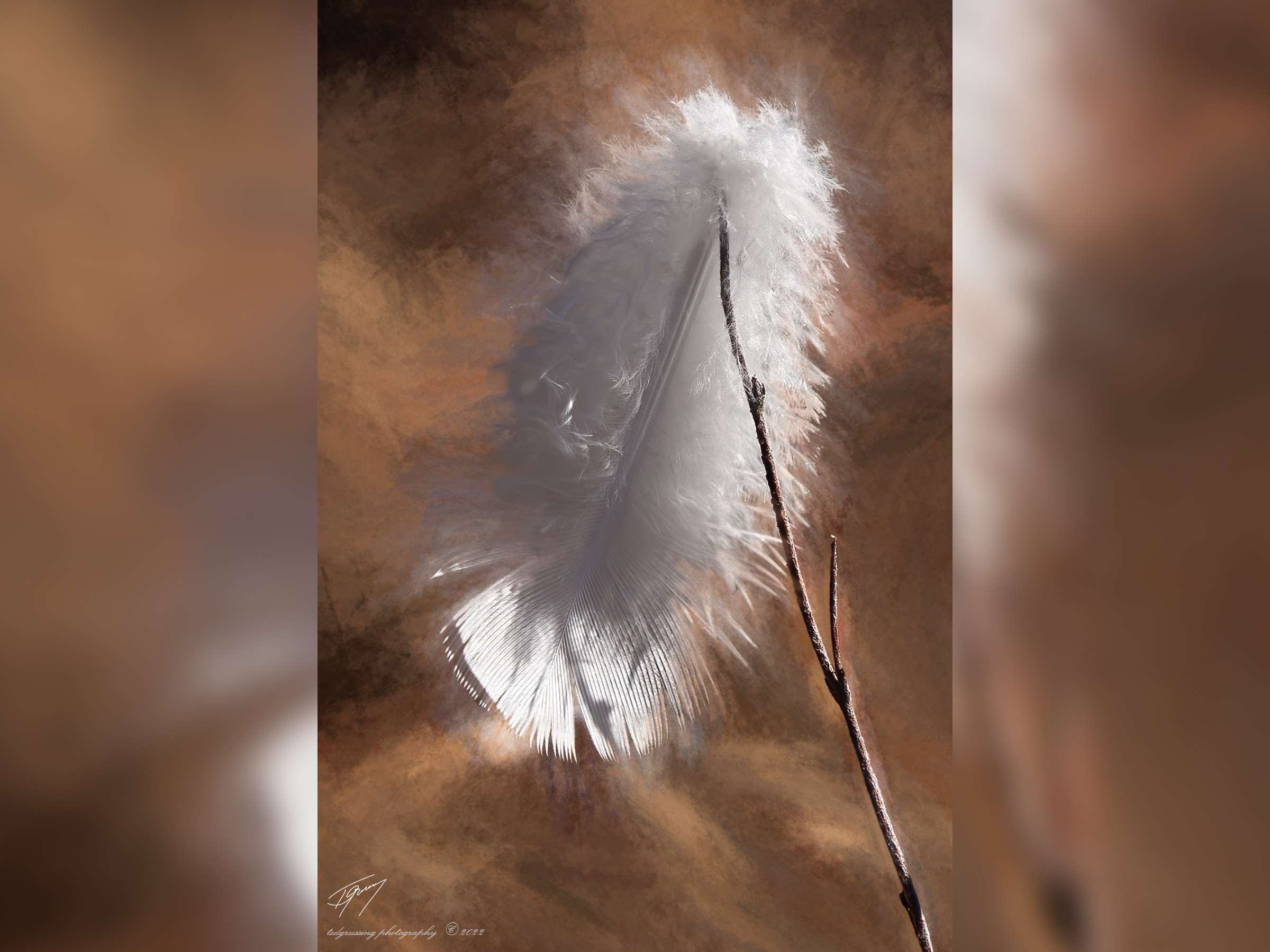 … I spent some time scrounging through portfolios that I have not looked at in a long time today and found several images which caught my eye. The fine art image above is a photo of a feather from a white pigeon that had been blown by the wind and caught on a small branch sticking up out of the ground … last flight for the pigeon that hosted the feather and the Coopers Hawk that brought him down, dined and had the sustenance to continue his life.

I was talking with a friend tonight and after we hung up, I came across this photograph I took of him landing the Discount Tire Falcon 900 at Sedona Airport. Steve was chief pilot for them at the time and what you do not see in this photo is the 25kt Gusting to 35kt cross wind that was blowing when he brought the ship in. Left tires on the ground first and then settle the right wheels and roll out. He landed on and kept the plane on center line until he turned off the active runway. Today Steve has retired and is using a lot of my Canon DSLR camera equipment shooting living falcons and other wildlife. Click Here to visit his website. 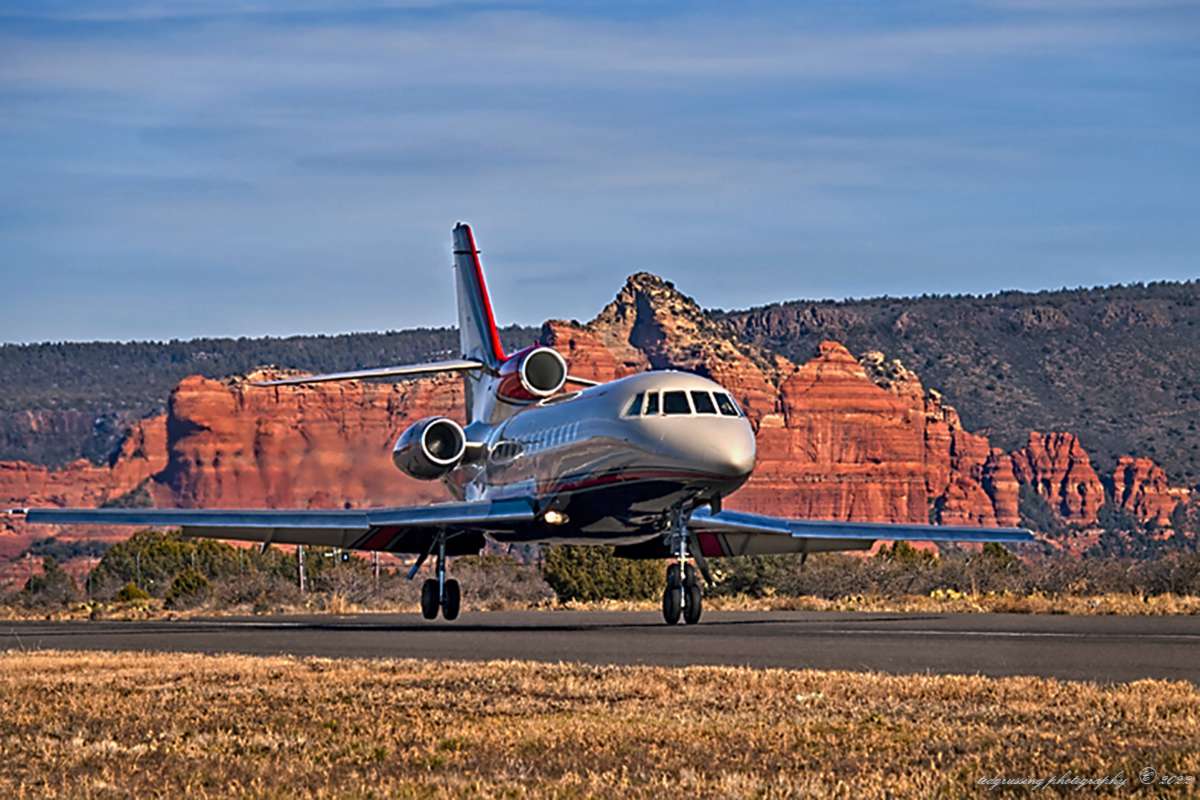 As always the link to my upcoming shows at the Mary Fisher Theater . Processing some very cool photos I have not looked at before and hope to see you there.

Into the weekend for me … down to the lake with close friends from California on Friday and then a terrific weekend with them enjoying our part of the world. Have fun, smile and keep breathing and if all goes as planned, I’ll be back Monday morning.

Love some one—in God’s name love some one—for this is the bread of the inner life, without which a part of you will starve and die; and though you feel you must be stern, even hard, in your life of affairs, make for yourself at least a little corner, somewhere in the great world, where you may unbosom and be kind.

Love Some One by Max Ehrmann