Today’s Photo from Ted Grussing: Sometimes You Position Yourself So That You Get All Of It 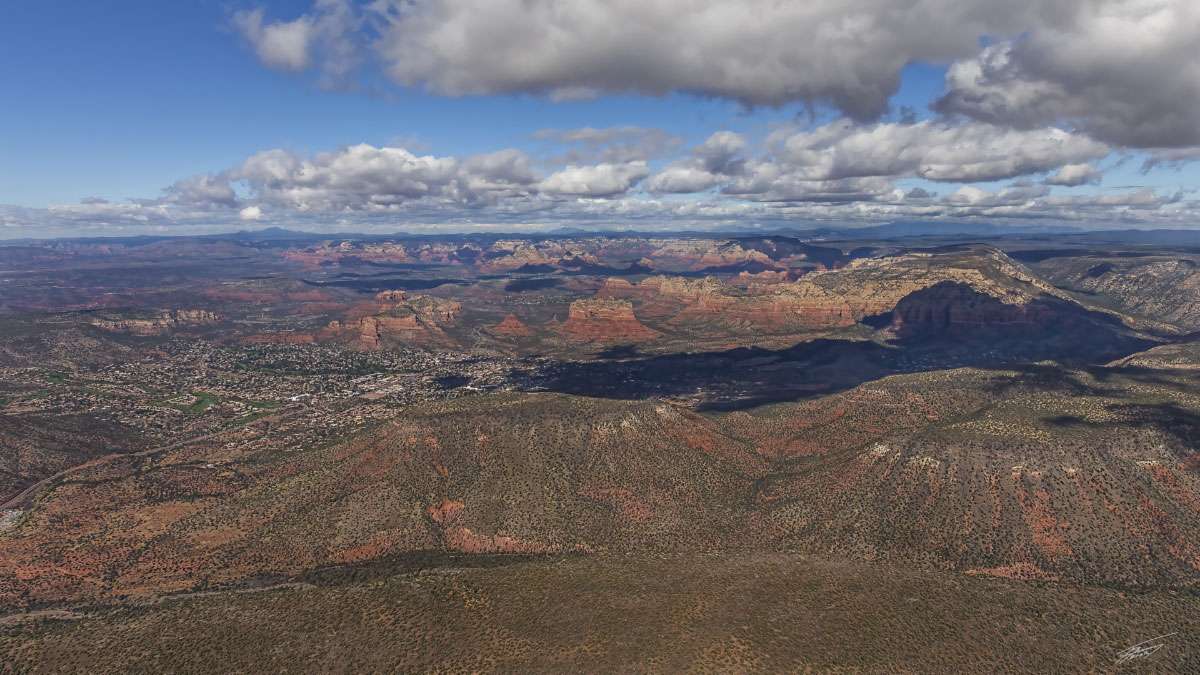 … and shooting the red rocks of Sedona has been a passion … more hundreds of hours shooting them from every direction in every possible variant of weather and close up and backed off. The shot above was taken from S of Woods Canyon and E of SR 179, looking generally to the N. The canyon running along the lower part of the photo is Woods Canyon and on the very left side of the image a little up from the bottom is the Red Rock Ranger Station just to the right of SR 179 which runs on a diagonal up through the Village of Oak Creek. Oak Creek Country Club And Sedona Golf Resort are on the left side of SR 179; on the right side of the highway is more of the Village and then Jacks Canyon (above Woods Canyon) and in the shadow of Lees mountain near the right side of the photo is Pine Valley … just past Pine Valley, Jacks Canyon makes a 90 degree turn to the N and connects with the area of Oak Creek Canyon and the open area occupied by the Mittens. Lee’s Mountain runs up along Jacks Canyon for a bit and then there is a gap and Munds Mountain begins.

I think I got every important feature and all of the red rocks in this photo … fun times and to top it off, it was an absolutely beautiful day! I was at 7,566′ when I took this shot and ground elevation at my home in the village is about 4200′.

Below is a shot of an Osprey leaving his perch in pursuit of … those razor sharp talons have released their grip and I think his hope is that the next thing they sink into is a nice fish … we all have to eat! 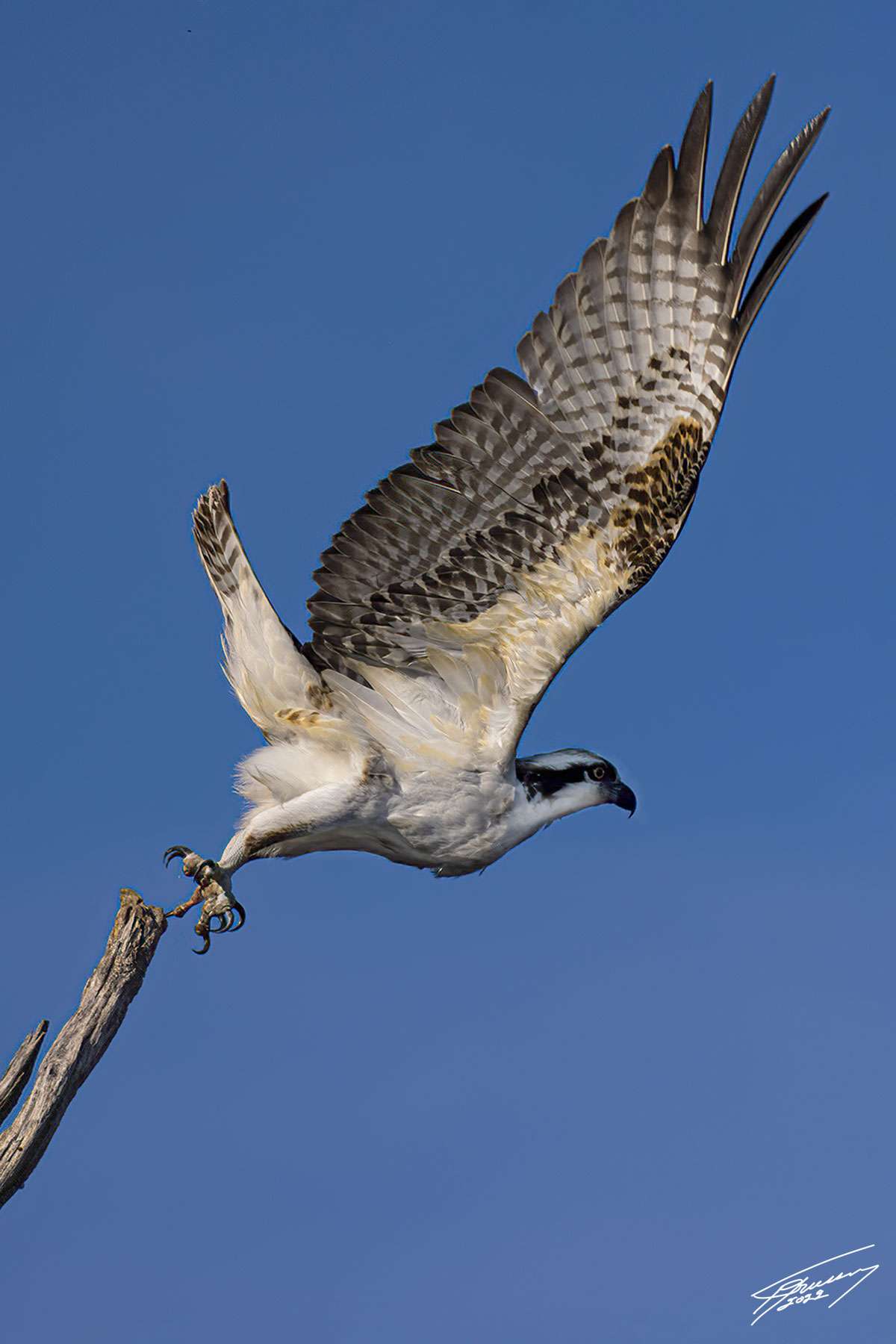 Have a beautiful day … smile, you are actually here and get to experience the beauty of planet earth.

Though work bring naught of power

Spare me from want of common needs,

And till death’s peaceful slumber nears

A life of undishonored years.

excerpt from Work by Max Ehrmann