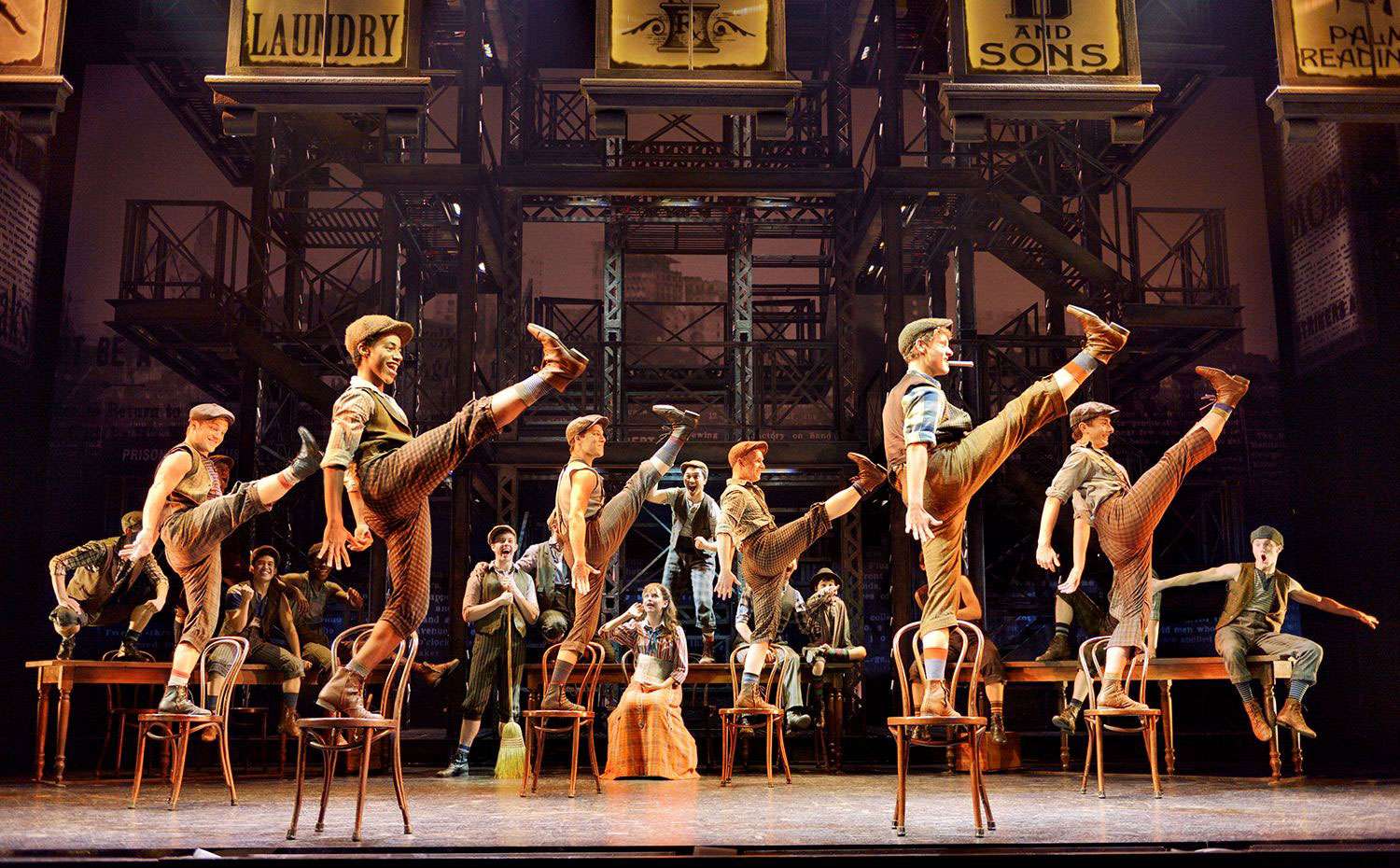 Straight from the Broadway stage, Arts Alliance and Disney Theatrical Productions are thrilled to bring the encore of the Tony Award-winning musical “Newsies” to Sedona on Saturday, May 28 at 4 p.m.

The Sedona International Film Festival hosts the big screen encore at its Mary D. Fisher Theatre. It is the perfect way to celebrate Memorial Day Weekend with a joyous celebration of song and dance!

Filmed live on stage at the Pantages Theatre in Hollywood, this not-to-be-missed high energy show stars original Broadway cast members Jeremy Jordan as Jack Kelly, Kara Lindsay as Katherine, Ben Fankhauser as Davey and Andrew Keenan-Bolger as Crutchie. They are joined by North American Tour stars Steve Blanchard as Joseph Pulitzer, Aisha de Haas as Medda Larkin, and Ethan Steiner as Les, along with members of both the Broadway and North American Tour ensembles, filling the stage with more “newsies” and more dancing than ever before.

Set in New York City at the turn of the century and based on a true story, “Newsies” is the rousing tale of Jack Kelly, a charismatic newsboy and leader of a ragged band of teenaged newsies, who dreams only of a better life far from the hardship of the streets. But when publishing titans Joseph Pulitzer and William Randolph Hearst raise distribution prices at the newsboys’ expense, Jack finds a cause to fight for and rallies newsies from across the city to strike and take a stand for what’s right.

“Newsies” will be shown at the Mary D. Fisher Theatre on Saturday, May 28 at 4 p.m. Tickets are $10 each in honor of the theatre’s 10-year anniversary. For tickets and more information, please call 928-282-1177. Both the theatre and film festival office are located at 2030 W. Hwy. 89A, in West Sedona. For more information, visit: www.SedonaFilmFestival.org.